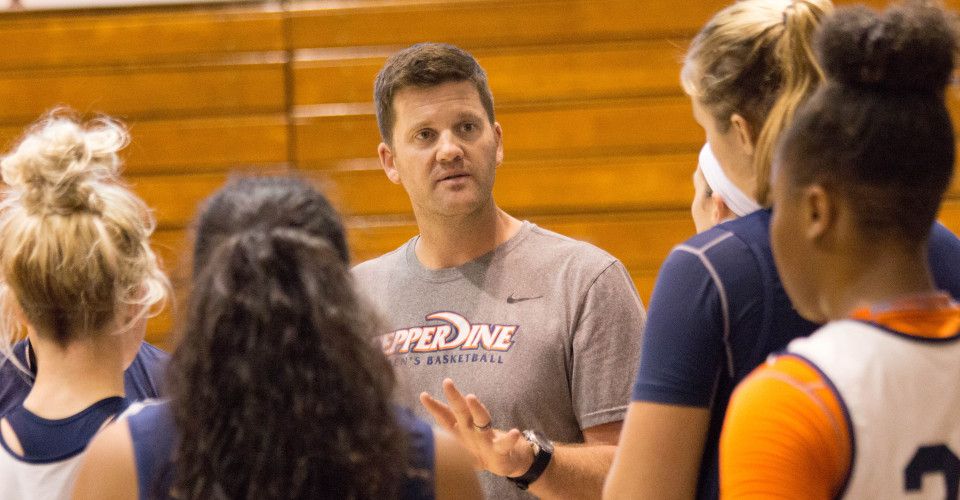 One look at the Women’s Basketball roster tells a lot about the season to come. The 13-player squad contains six freshmen — two redshirt freshmen and four true freshmen — five sophomores, one junior and one senior. The team’s youth is its biggest strength and its biggest weakness, Head Coach Ryan Weisenberg said.

“It’s a start fresh, start new. We’ve brought in some really good kids, our sophomores now have a year of experience and most of them got big minutes last year,” he said. “They’re a little bit more experienced than most sophomores in the country. It’s a good problem and it’s a bad problem. We’re going to take our lumps when we play real tough teams like Duke and New Mexico State, but it’s also going to be a great experience.”

Weisenberg said he is optimistic about the direction the team is heading. He said practices have been going well, despite the road blocks they’ve hit in the early months.

“We’ve had a few injuries, which always limits practice, so now my coaches have to jump in and play,” he said. “Practice is going really well, the focus is there, we just are trying to teach them the intensity of going from high school ball.”

The transition from high school to college is difficult for many, coming from being the best in a high school enviornemt to competing at a higher level on the college stage, he said. The team has been focused on amping up their mindset to drive the young girls to this higher level.

He went on to highlight the strengths on the Waves roster for the season, citing the strength of their guards, tall post players and one strong senior among the most influential players.

As the beginning of the season inches closer, some may think the issue of leadership would arise on a team comprised of underclassmen. However, Weisenberg is thrilled with this year’s team dynamic, which has been great.

“We have a really great senior in Allie Green, but we actually kind of did it differently,” he said. “Everybody has a voice in the locker room. Obviously, some are a little bit louder than others, but I think there’s a great mutual respect in that locker room and they hold each other accountable.”

This team dynamic that is fostering great leadership skills in the individual players is the cornerstone of Weisenberg’s hopes for the season. When asked what he expects out of the year, he cited the character and positivity of the team yet again.

“I anticipate a lot of fun,” he said. “We have a great group of young women who genuinely like each other and genuinely want to be at Pepperdine and want to be Waves and represent us to the fullest. I think the biggest thing is that we know our ‘why.’ The girls know their ‘why.’ Why they’re doing what they’re doing. I think that is going to carry us through some really rough times.”

But “fun” doesn’t necessarily win games, of which Weisenberg said he is clearly aware.

“I also anticipate a lot of headaches with the young team, we’re going to have our growing pains. If I said we’re going to go undefeated, I’d be unrealistic,” he said, “But, I’m optimistic about where we are going, how we’ve started, the growth of the team. Obviously, we would love to be fully healthy and I think we’d be in a whole different spot, but its also giving kids a lot more reps and a lot more opportunities. It’s going to be a little bit of a roller coaster, but it’s going to be a lot of fun.”

While this may or may not might be the year the Waves rise toward the top of the WCC, Weisenberg is confident in the future of these Waves, as most of the current players have a long way to go in their college career.

“I will say hopefully this year, but next year and the following year, we’ll be really really strong to deal with,” he said.

In the meantime, though, the strength of the team’s dynamic, their focus and their excitement about representing Pepperdine will allow for a great deal of growth throughout the season, Weisenberg believes.

“I’m really excited about seeing the process. I love watching a young team grow. You love every team, but this team just is unique,” he said. “They’re really close. We can mold them because they’re so young. Instead of them just kind of renting old traditions, they’re building new traditions, so it’s really fun to see them just jump into this two feet in, let’s rock and roll and have a good time.”

The Waves start rocking and rolling in Malibu on Nov. 13 against Long Beach State in Firestone Fieldhouse at 1 p.m., where the young squad will be tested for the first time. 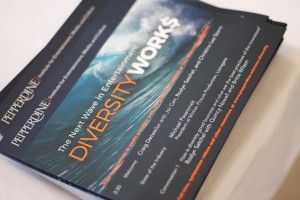