Why Can’t We Have Cultural Statues, Too?

Image courtesy of the BSA

The new school year is in full swing, and so is the Black Student Association (BSA) here at Pepperdine. BSA is continuing to promote diversity, inclusion and cultural competency, as some occupants of our university are lacking in education on these issues. On a larger scale, the nation has entered a new era, yet liberty and justice for all has still not rung true for all American citizens.

The recent comments and policies that have been put into play by the current White House administration are limiting diversity in American society. The repeal of DACA has many immigrants, especially students, in a panic on how to continue living their best life and how to finish their education here in America.

Many negative comments by the president via social media have been separating the country; allowing ignorance and hatred to be spewed among its citizens. This kind of behavior contradicts the goal of “liberty and justice for all.” It is unfair to allow those with prejudiced opinions to express themselves on any platform while those who participate in positive activism are silenced. Change needs to occur, and it can start at Pepperdine.

Last school year, the BSA and other groups on campus made some great strides in promoting cultural competency. For example, the Waves Against Columbus protest successfully resulted in the Christopher Columbus statue being removed from the Malibu campus.

The journey was a long one, requiring students to go above and beyond to express why Columbus’ actions should not be praised. In this process, students were met with uncomfortable stares, and questions like “What’s the big deal?” Despite these challenges, this year, the BSA will continue fighting for equality and proper representation of all.

Although statues praising unworthy figures seems to have been resolved at Pepperdine, it is a more prevalent issue across the country. Statues are under public scrutiny ever since a protest to remove a Confederate statue from a city park in Charlottesville, Virginia turned into a violent, White supremacist rally. Maha Hilal reflected on Confederate statues and their implications in an article titled “Confederate Statues Aren’t About History,” published Aug. 21, 2017 by the U.S. News and World Report. Hilal wrote hat it’s not just about statues, but what they represent in regards to our country confronting its past.

I agree with Hilal that Confederate statues are not about celebrating “history,” but instead about celebrating Confederacy as a culture. Though that may be the case, this “culture” is one prevailing in our country in 2017 although its roots are in the Civil War, a war the South lost over 150 years ago. Most of the monuments were built between the 1890s and 1950s, during Jim Crow, according to Becky Little’s piece “How the U.S. Got So Many Confederate Statues,” published on Aug. 17 by the History Channel.

The statues promote inequality, the mistreatment of minorities and exclude diversity. White supremacists in Charlottesville were angered anyone would dare to oppose the things they hold dear to their values. So, the question is, if White supremacists can promote their culture and even kill those with opposing views, why can’t the oppressed express and celebrate their own cultures?

In my hometown of Philadelphia, an Afro Pick Sculpture, with a black fist atop, appeared around the beginning of September in the downtown area. It has become controversial because it is within proximity of a statue of a man named Frank Rizzo, a former mayor of the city. Critics say he was in charge of a corrupt police department during his time in office, according to a report by NBC 10 News in Philadelphia. Furthermore, they claim he alienated minorities by ordering raids on Black Panther offices, targeting blacks as suspects to arrest, and thwarting strides for Black history curricula in schools in the 1960s.

If this was indeed his character, why is there an argument on whether the Afro Pick should stay or go? It is simply expressing appreciation for Black culture, particularly one of the things we are ridiculed for the most by in American society, our natural hair.

A perpetual attitude of “Why do you need to celebrate your culture so loudly?” exists in America, especially regarding Black culture. Cultures that uplift each other and promote unity, especially, should be embraced. People should also inquire why cultures that encourage segregation of ethnicities and ignorance, such as White supremacist movements, or neo-Nazis, are allowed to have rallies that spew racism without any repercussion or reconciliation.

As the year progresses, the Black Student Association will continue to uplift and partner with other cultural clubs on campus, address issues that arise concerning inclusion, and most of all, commemorate Black culture. BSA encourages everyone on campus to seek education on these issues, embrace one another, and ultimately appreciate each other for their differences, and similarities. 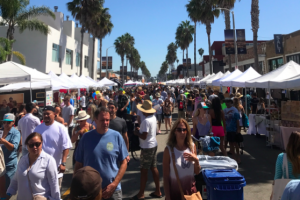