Waves win back to back conference matches 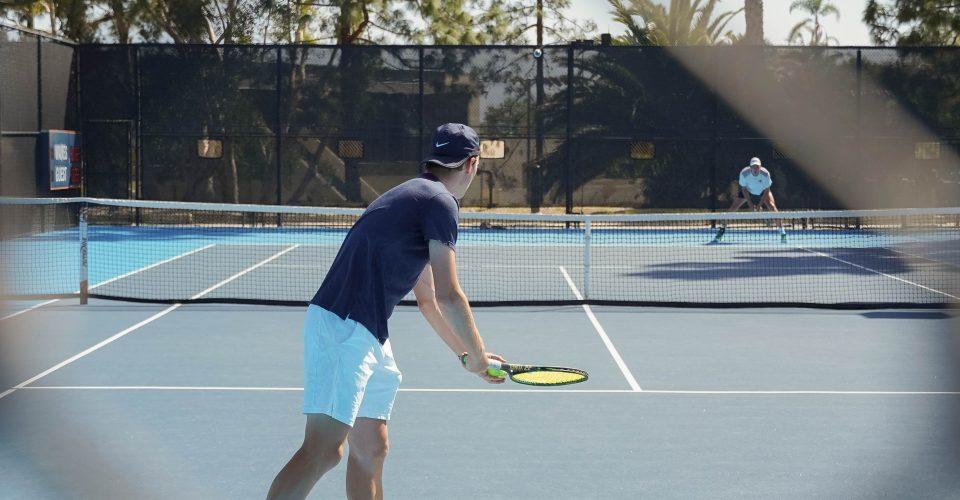 The No. 30 Pepperdine Men’s Tennis team continued its dominant WCC play with victories over Saint Mary’s and LMU.

The victories gave the Waves a 4-0 WCC record, and they have yet to lose a set against WCC teams this season.

On April 9, the Waves were forceful against the Gaels, starting off strong by winning the doubles point.

“I think that Guy and I are a good combination and we accompany each other’s game well,” Oetzbach said. “I feel like the depth of our doubles squad has been a strength for us all year.”

Summaria was the first to finish his singles match, defeating Boris Rackow 6-2, 6-1. Sophomore Pietro Fellin was the next victor, winning his match against Karlo Divkovic 6-0, 6-1. Den Ouden, the reigning WCC Player of the Week, clinched the dual point with a 6-2, 6-4 win over James Watt.

Oetzbach credited his teammates for giving him a jolt of energy as the match was going on.

“I am more of an introverted person when it comes to my play; I am relatively quiet,” Oetzbach said. “When I hear the guys on the sidelines or on other courts it gives me confidence and motivation. We have been doing a great job of keeping the energy high throughout our matches.”

The Waves continued their electric weekend with a win against LMU in Malibu on April 11, which ended the Lions’ undefeated record in the WCC.

Pepperdine swept the doubles point again, as Oetzbach and Den Ouden won 6-3, followed by a Summaria and Zeitvogel 6-2 win. 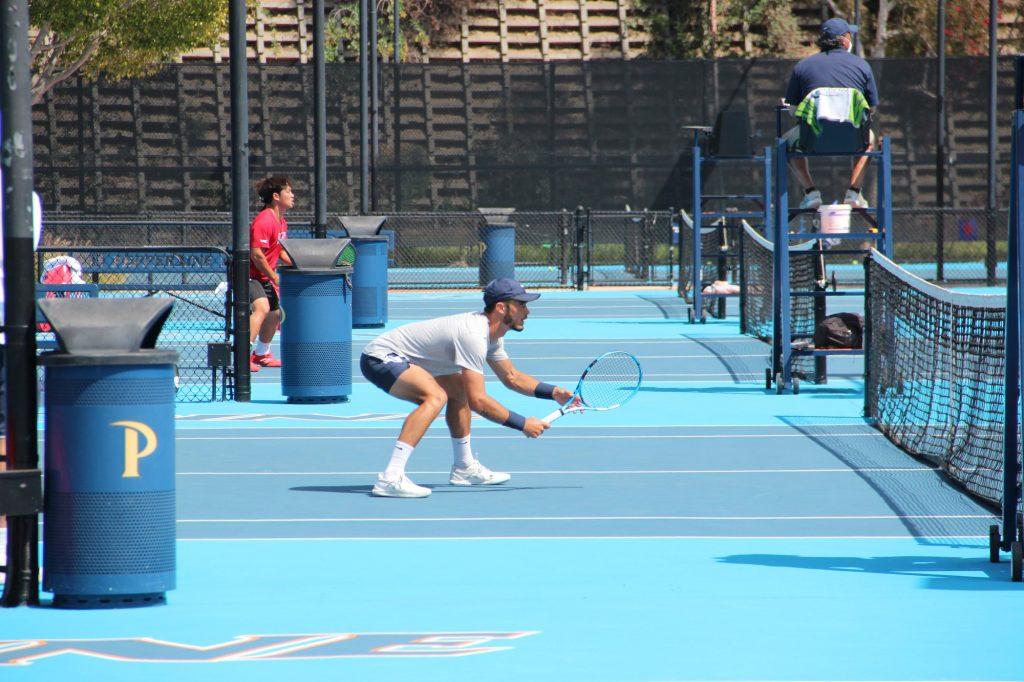 “Tim [Zeitvogel] and I have great synergy and we played together last semester before COVID-19 cancelled our season,” Summaria said. “We got back together after Tim had COVID-19 and everything started to click again once we started to develop similar strategies to the ones we had last year.”

In singles, the dual was close in the early stages, but the Waves pulled ahead of the Lions to win every singles match.

Den Ouden was the first to win his match, defeating Diego Nava 6-1, 6-1 on court two. Summaria then won his match on court five against Thien Nguyen 6-2, 6-3.

“The last month I have become more confident every match that I play, and I am applying more strategies that my coaches have been telling me,” Summaria said. “Being attentive to the details and learning from each match has allowed me to play well so far this season.”

Soon after, Zeitvogel made easy work of his opponent, Ethan Prost, winning 6-2, 6-2, and Oetzbach defeated Daniel Moreno 6-2, 6-2 as well to solidify the Waves’ win. 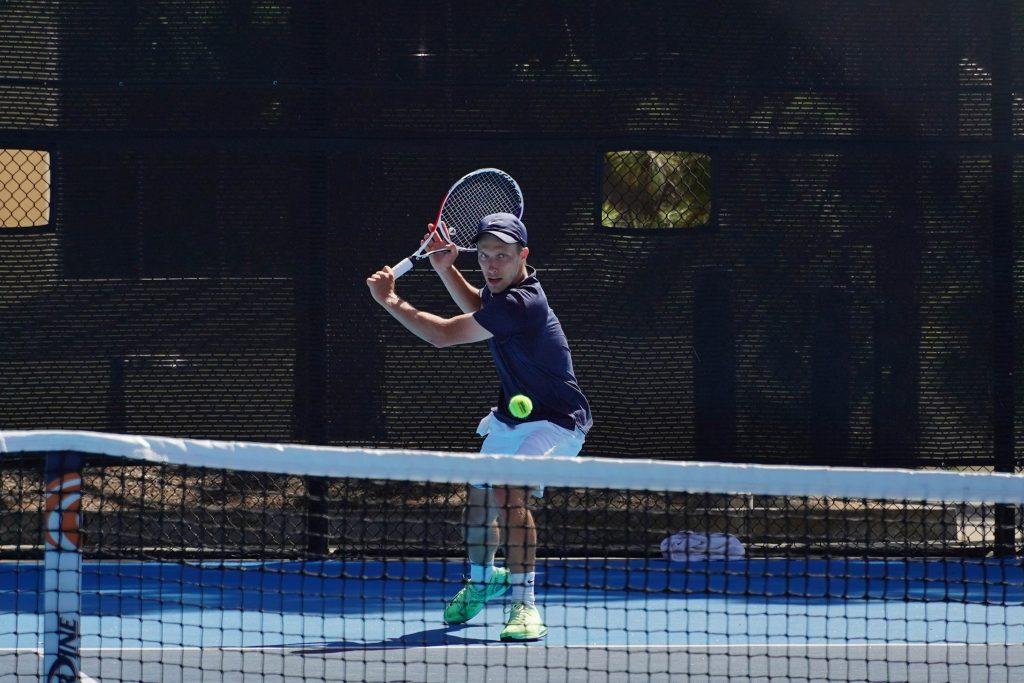 Junior Tim Zeitvogel returns the ball April 11, at Pepperdine. Zeitvogel has battled back from COVID-19 and is returning to top form. Photo credit: Dane Bruhahn

“I had the opportunity to improve my game in Germany as there were few restrictions for training during lockdowns,” Oetzbach said. “The coaches have trusted me on court one the entire season, even when I am not playing well, that has instilled a lot of confidence in the way I approach my matches.'” 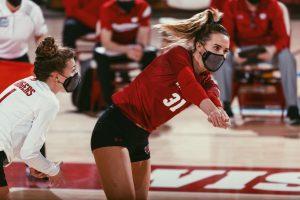 Alumna Deahna Kraft leans for a dig in an April 1 victory over Michigan. Kraft transferred to the University of Wisconsin-Madison...
Copyright 2013 Jupiter Premium Magazine Theme
Back to top