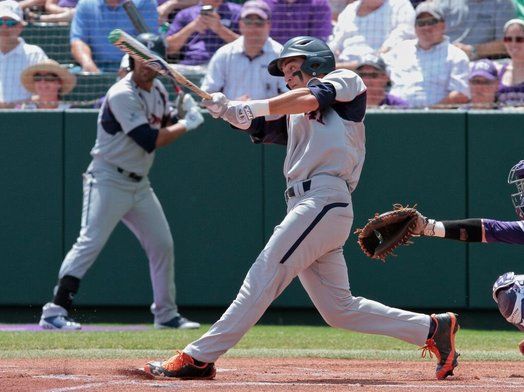 Through rain and shine, 5,600 fans, filled with anticipation, watched as Pepperdine baseball suffered a second loss to TCU 6-5 on Monday, ending their postseason run.

“From today’s game, I see the importance of executing situations. You never know when a hop won’t go your way or when the other team will rally, so it’s important to make the most of opportunities,” freshman Aaron Barnett said.

The team’s run marked the first time since 1992 that the Waves advanced past the NCAA regional round.

In the bottom of the second, freshman Brandon Caruso started the Waves off strong with his fourth home run of the season.

“Before the home run I was just looking for a pitch to drive and help the team. After, I was just excited to have been able to help my team take the lead,” Caruso wrote.

Junior Aaron Brown also swung for the fences with his thirteenth homerun of the season in the fifth inning. However, despite their offensive efforts, the Waves were unable to recover after the Horned Frogs rallied in two runs at the top of the ninth to gain the lead.

Pepperdine and TCU proved to be worthy Super Regional competitors. TCU opened the series with a 3-2 win. The Waves then forced a Game 3 after a 3-2 win in the second game of the best-of-three series.

“The thing I’m most proud of this year is how our team won as a team and lost as a team. We were always a unit, and had great team chemistry, like a brotherhood,” Barnett said.

“This team did something very special this year. We accomplished many different goals one game at a time,” Brown said.

“I couldn’t have asked for a better group of guys to play with. We were a family. The guys on this team will remember this season for the rest of their lives.”

Head Coach Steve Rodriguez took to Twitter to express his feelings on the season:

It’s hard to put into 140 digits the feelings for this team and this season. I am so proud and honored to coach these young men. #ImAWave

Pepperdine Ranked One of Top 10 Journalism Colleges in US

Staff Editorial: One flap to rule them all 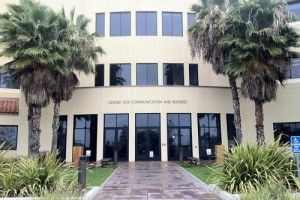 Pepperdine Ranked One of Top 10 Journalism Colleges in US

Photo by Sacha Irick Pepperdine University was named one of the Top 10 journalism colleges in the United States, according...
Copyright 2013 Jupiter Premium Magazine Theme
Back to top