The Show Must Go On: Students and Staff Reimagine Songfest Virtually 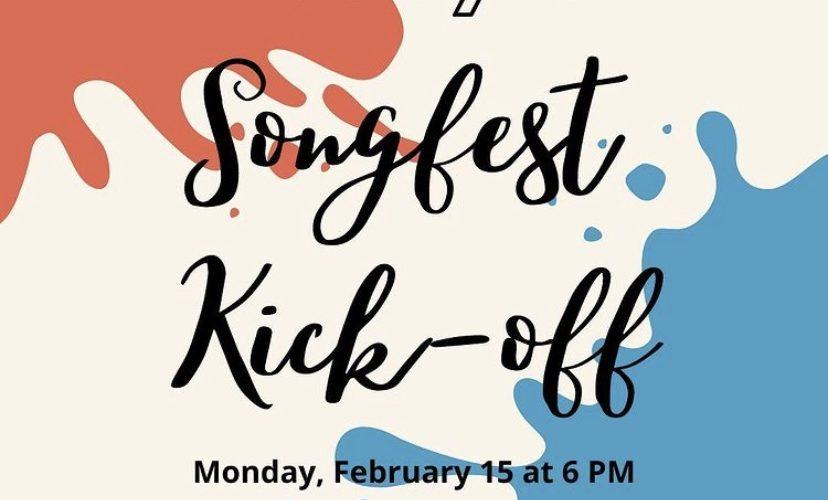 For Songfest participants, the show will go on this year — not in Smothers Theatre, but virtually. Rehearsals began over Zoom the second week of February following the Feb. 15 kickoff event, with 25 students in attendance in addition to student group leaders.

The two Songfest groups — Gamma Ghkkkkket Sigma and Eta Theta Tau, also known as HOT — participating this year will string together original choreography and songs into a pre-recorded show released online with the theme of hobbies. The typical 10 p.m. to midnight rehearsals that spread over two weeks are foregone in favor of two to three weekly hour-long meetings spread over eight weeks in an attempt to combat Zoom fatigue. 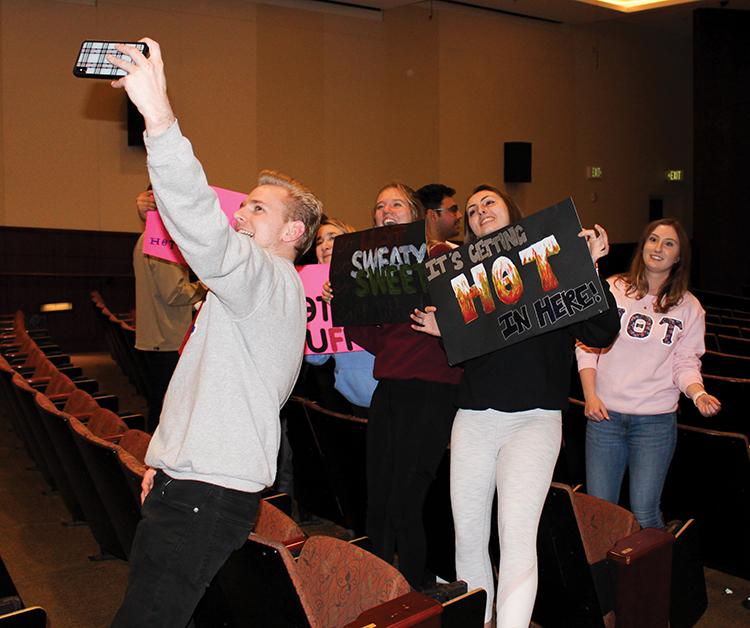 Eta Theta Tau takes a group selfie during Songfest recruitment in Elkins Auditorium on Feb. 20, 2020. HOT signed up to be one of two groups participating in virtual Songfest this spring. File photo

Despite the shift to online, organizers and student leaders remain hopeful a strong community will be built by those participating.

“Songfest is adapting to the virtual world [and] is open arms to anyone who wants to participate,” said Danielle Minke, campus programs coordinator. “I would love for everyone to participate and to keep this tradition alive in our community — I think there is something that bonds us through keeping a tradition alive like Songfest.”

“It’ll probably take time, but the good thing is this is an eight-week thing, so I think there will be [community] as long as everyone’s putting in the effort and spending time together,” Lim said. “We’re hoping to have bonding nights as well. So it’ll be a new experience, but I think it’ll turn out good.”

The process spread over a longer period and involving fewer weekly meetings addresses longtime complaints from students that Songfest takes up too much time and is too stressful, junior HOT Assistant Director Kody Fields said.

The extended rehearsal period was only one of many changes Minke made to accommodate the virtual environment and maintain student excitement for Songfest, she said.

“I definitely have tried to reduce just, overall, the commitment, as well as the workload of the students because, again, it’s hard in the virtual world to find motivation,” Minke said. “But [I] also wanted to keep that liveliness and the excitement of Songfest going.”

Lim said Minke’s modifications helped make the transition to online Songfest more seamless and manageable. For example, there will not be a competition with a sweepstakes award to reduce the pressure put on students during a virtual semester.

Additionally, alumni can participate in student groups this year because there is no faculty, staff and alumni group performing. Fields said the HOT team looks forward to reconnecting with alumni from past years.

“They always put on a great show and are really dedicated and many of us are connected with them because Songfest just has that deeply rooted community that we all know and love,” Fields said. “And a lot of us just want to be able to be in contact and put on a show with those [alumni].”

The biggest change to Songfest is the mode of delivery: Groups will prerecord the show in sections and then piece it together into a final video rather than perform live in Smothers, Minke said.

Both Fields and Lim declined to say how exactly they will be structuring the show digitally because they want it to be a surprise. Since participants will have to film themselves separately rather than as a group, Lim said a potential method would be “Brady Bunch” style, with multiple different clips put together on one screen.

Lim said he is uncertain how the recorded show will turn out, as a virtually performed Songfest has never been done before.

“I think we’re just hesitant on how good this can actually turn out to be,” Lim said. “It’s that type of feeling where you don’t know how the end product will be, and it could be a laughing stock or it could be really good.”

Despite all the changes Songfest is undergoing this semester, Field said the key elements that define the experience remain — students bonding over dancing, singing and putting together a show of which they are proud.

“I mean what’s there not to love: you’re singing and dancing and you don’t even have to know how and yet there’s kind of just this idea that you can all be ridiculous together,” Fields said. “[Songfest] is just a community where everyone gets together and we all just want to have fun and put on a show and work towards this common goal of putting on a production.” 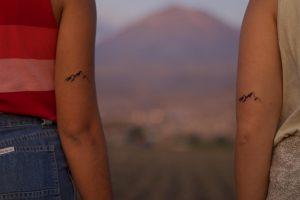 Juniors Hannah Kate Albach and Callie Mechelke look at the view in Peru while showing off their matching mountain tattoos...
Copyright 2013 Jupiter Premium Magazine Theme
Back to top