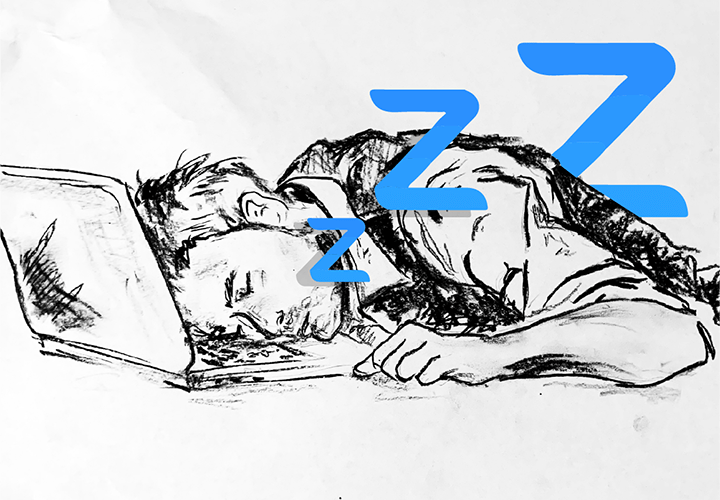 The fall semester officially began Monday, Aug. 17, with all courses offered through an online format and many professors using Zoom to hold synchronous classes. Some students, however, say they find the virtual classroom to be more stressful and draining than the traditional one.

For many students, the source of anxiety is not Zoom itself but rather the circumstances surrounding remote classes in general. One major issue facing students living away from the West Coast is time difference.

Senior Alexandra Nelson is spending this semester at home in New Jersey, where she is three hours ahead of Malibu time.

“It’s like I’m officially enrolled in night school because all of my classes now are from 3 p.m. to 1 a.m.,” Nelson said said.

To combat these time difference issues, Seaver Dean Michael Feltner told professors via email Aug. 20 that students cannot be required to attend classes, tests and quizzes, or other course-related activities synchronously if they are in session between 11 p.m. and 7 a.m. in a student’s time zone.

The time difference between New Jersey and Malibu is not the only issue Nelson has with online learning. She also said attending class online is beginning to take a toll on her productivity.

Even for first-year students who have yet to attend a semester on the Malibu campus, there are noticeable differences with Zoom learning that are already having an impact on their experience. First-year Lucy Duff said she found connecting with fellow first-year students hard in the online classroom.

“I’m reaching out to as many people in my class as I can, and I’ve made friends in several of my classes, but [Zoom is] still just another barrier,” Duff said. “You can’t get those conversations like when you’re walking in and sitting down waiting for class to start, chatting with the people on either side of you. It’s just a little more difficult to make friends.”

Some professors have attempted to create connections between classmates by utilizing the breakout room feature on Zoom. For sophomore Elizabeth Chang, however, the awkward nature of these small group experiences makes them more stressful than helpful.

“I hate breakout rooms,” Chang said. “You don’t have an opportunity to build relationships [in online courses], and breakout rooms definitely don’t help that.”

Chang said she values the social interactions that occur in normal classes and finds it “emotionally taxing” to miss out on them. With Zoom, Chang said it can be draining to attempt to initiate any kind of conversation with the class.

“I spend twice as much time thinking about what I’m going to say or whether it’s worth saying just because the entire room has to stop for you to talk,” she said. “So is my little comment worth saying? Probably not — but then it’s not as fun.”

Though it can be just as difficult to talk to classmates during in-person classes, the system of remaining muted and having to anticipate when or if you will even have a chance to say something in a Zoom class takes away the opportunity for entertaining class conversations, Chang said.

Perhaps the most tiring aspect of remote learning for students is trying to communicate with professors. On campus, professors are easy to find or even just randomly run into, but online, it takes much more work to get in contact with them, Chang said.

Duff said she also finds trying to meet with professors virtually to be a hassle, citing conflicting schedules as her main problem in the process.

“One of [the professors] is only available for one hour during a time that I’m in class, so I can only email him, and he does not reply quickly at all,” she said. “So it’s much harder just on the communication side of things.”

As students start to feel the effects of Zoom fatigue and notice what is lost when school is completely remote, there are still small positives that can help make things more fun. Chang said the private chat feature of Zoom gets her through her day, while Nelson said her personalized bedroom workspace is the highlight of remote learning. 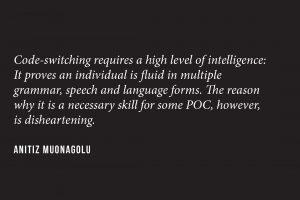 For those who are not a part of the white majority, interacting in America takes a bit more work. This is reflected by everyday...
Copyright 2013 Jupiter Premium Magazine Theme
Back to top