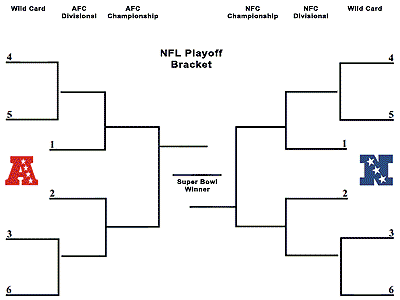 You know why football is king? Parity. In the NFL, the titles are very evenly distributed, and the main reason for this closeness might be the NFC. Out of the past 12 years, 9 different teams have been crowned NFC champions, compared to the AFC, which has been dominated by five teams in the same timespan. Will the NFC keep their wild streak alive? Yes and no. Let’s dive into the division-by-division predictions.

A couple weeks ago, I was planning to say that Minnesota was going to win this division, but a gruesome injury to promising young quarterback Teddy Bridgewater prevented me from doing so. It doesn’t help that their new free agent QB, Sam Bradford, is disappointment personified; he was arguing about his contract in Philadelphia just a few months ago, despite offering a mediocre performance the year before for the Eagles. Let’s also not forget that star running back Adrian Peterson is now 31 years old, which in RB years, is positively ancient.

So, with a heavy heart, I must give the Packers the North here, as they’re nothing but consistent. Their cakewalk of a schedule helps, too. The Lions will suffer a bit after the retirement of legendary wide receiver Calvin Johnson, but Detroit fans, perk up: At least you’re not Chicago.

Yes, the Super Bowl slump is a real thing, but Carolina is young and didn’t lose too many players (except CB Josh Norman), so it shouldn’t faze them too much. QB Cam Newton is too hungry for that.

What might end up being a thorn in their side is the Buccaneers, who should have their first winning season since 2010 on the backs of the young offensive attack led by QB Jameis Winston, WR Mike Evans, and RB Doug “Muscle Hamster” Martin, who might have the greatest nickname of all time. Meanwhile, the Falcons will be the Falcons and continue to mire in mediocrity, wasting WR Julio Jones’ best years, and the rapidly aging Saints will continue to make their magical 2009 title seem like a distant memory.

Here we arrive in the most overhyped division in football. Four large-market, classic teams, none of whom should actually be terrifyingly dominant. Last year, none of the teams performed like a true playoff contender, and none of them really made any true steps forward in the offseason. The East is insanely hard to predict, as the winner seems to be unexpected every year.

Will it be Washington, who won in 2015 and is on an upswing with surprisingly solid QB play from Kirk Cousins, as well as newCB Josh Norman? Or will Norman be a bust like previous Washington defensive free agent pickup Albert Haynesworth in 2009? Also, maybe a team with a horribly racist nickname is doomed to bad karma forever?

Will it be the sexy pick, the polarizing Dallas Cowboys, with their unstoppable offensive line and exciting rookie QB Dak Prescott filling in for the injured Tony Romo? Or will they crumble under the weight of heavy expectations, as Dallas tends to do?

Will new coach Ben McAdoo re-energize the sleeping Giants? Or will they have another mediocre year with plenty of Eli Manning interceptions and Odell Beckham Jr. fistfights?

Will the Eagles…actually, no, the Eagles have no shot.

Since the East is so wild, I’m going to stick with the safe pick of Washington, but there is a good chance my predictions could be completely wrong. Except Philly. They will be very, very bad.

Los Angeles has a NFL team! Finally! We even wrote multiple articles on them, so go read those. We’ll wait.

Unfortunately, they’re not going to improve much from their St. Louis days, as this division will continue to be a two-horse race between two of the NFC’s biggest powerhouses: Arizona and Seattle. Of course, those two teams are going in completely different trajectories: The Seahawks, after the retirement of star RB and one-time Applebee’s spokesman Marshawn Lynch, now have a squad consisting of players all either in their primes (most of the defense), or still rising (most of the offense, particularly young RBs Thomas Rawls and Christine Michael). They’re set for the rest of the decade, at least.

Meanwhile, this might be Arizona’s last chance for a ring, as both QB Carson Palmer and future Hall-of-Famer WR Larry Fitzgerald are getting up there in years. The end of those two leaders’ primes represents a closing window for Arizona’s title chances. Their defense is still young and immensely talented, but pretty soon, they’ll have to hand the keys to the offense over to…*shudder* Drew Stanton. They’re going to be quite hungry this year.

San Francisco…er, Santa Clara continues to burn. Honestly, the Kaepernick controversy might be the best thing that happened to the Niners: it’ll distract from their horrendous play. There won’t be a more fun trainwreck in football!

Recruitment Should Be Moved Back 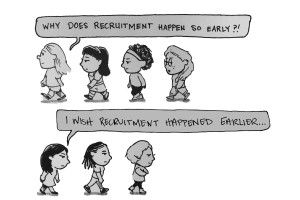 Recruitment Should Be Moved Back

Art by Peau Porotesano There are certain things that I have begun to associate with the beginning of a new Pepperdine school...
Copyright 2013 Jupiter Premium Magazine Theme
Back to top