The Freedom Wall, Crossroads, and Pepperdine’s Relationship with its LBGTQ+ Students

PGM Podcasts · The Freedom Wall, Crossroads and Pepperdine's Relationship with its LGBTQ+ Students

In mid-October, controversy erupted on the Freedom Wall over anonymous comments posted in response to a student’s counter-petition on bringing a Chick-fil-A to campus. SGA then passed a resolution written by Iturri denouncing hate speech and homophobia. SGA posted a pride flag quoting Bible verses on the Freedom Wall, along with a copy of the resolution.

Just days later, the flag and the resolution were no longer there, and the anonymous individual posted another response on a piece of notebook paper denouncing sodomy for religious reasons. The recent events of the Freedom Wall and statements from SGA cast light on a larger, ongoing conversation about the relationship between Pepperdine and its LGBTQ+ students. 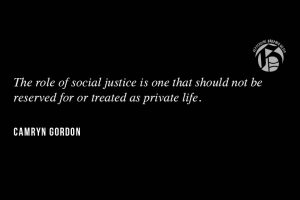