Images courtesy of TDE and Roc Nation Since its humble beginnings, rap and hip-hop music have been creative outlets for artists to paint a picture of their realities. Artists use their music to share their personal narratives, address inner struggles and confront social issues. Over the years, rap and R&B artists have used their platforms to tackle issues of mental … END_OF_DOCUMENT_TOKEN_TO_BE_REPLACED

Image Courtesy of Atlantic Records With the return of denim on denim trends, light-up shoes, and furry accessories, it is no surprise that 90’s style pop music has also made a comeback of its own. Charli XCX’s latest album "Number 1 Angel" employs an upbeat, refreshing sound for the avid pop listener. The British songstress released her 37-minute long mixtape on March 10 … END_OF_DOCUMENT_TOKEN_TO_BE_REPLACED

Photos Courtesy of Kylie Hughes Kylie Hughes knew she wanted to make music ever since she learned the guitar to impress a boy in middle school. The artist, whose most recent single, "It Still Hurts," was released on iTunes on Jan. 11, has been writing music since middle school, and self-released two albums before graduating from high school. Her most recent album and first … END_OF_DOCUMENT_TOKEN_TO_BE_REPLACED 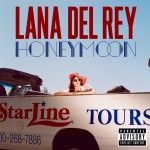 Photo Courtesy of Interscope Records You probably already know if you’ll like Lana Del Rey’s newest album, “Honeymoon,” before you even listen to it. Outside of Kanye, there have been few artists in recent memory who are as polarizing as Lana Del Rey. Her critics deride her as being shallow, trashy and melodramatic. Her fans would say they love her for … END_OF_DOCUMENT_TOKEN_TO_BE_REPLACED