Students Look to Office for Community Belonging for Actions Toward Inclusivity 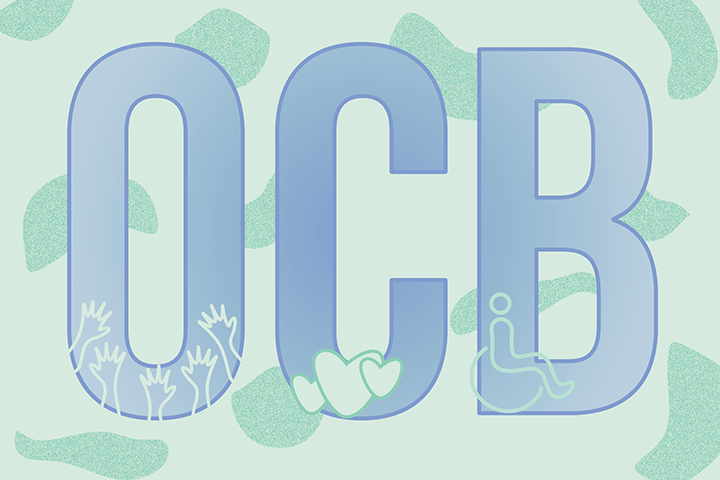 After calls for more diversity and inclusion initiatives at Pepperdine and the hiring of a chief diversity officer last March, students are hopeful the new Office for Community Belonging will fulfill its goals.

The OCB, which opened June 1 and is located in the Thornton Administrative Center, intends to create a safe place for students to come together with faculty and staff and find a sense of unity and inclusion on campus. J. Goosby Smith serves as the vice president for Community Belonging and chief diversity officer, and April Harris Akinloye is assistant vice president for Community Belonging.

After Pepperdine announced the appointment of Smith and Akinloye, student leaders shared their hopes for the office.

“An office that is really dealing with diversity, equity and inclusion efforts is long overdue,” said senior Jerry Calderon, SGA senior class senator and ICC president. “In my tenure here as a student leader — whatever leader position that may be — it’s hard because you’re the ones that have to map out what approaches to take, what lanes to take, how to get seen by the administration. Now there is a place where you go to be like, ‘I have this concern.’”

The Mission of the OCB

Pepperdine’s job description for the chief diversity officer position during fall 2020 listed expected responsibilities for the new position, including reporting to and advising the president.

The chief diversity officer job description includes developing a center for community belonging, working with the five schools and Human Resources to recruit and retain diverse students, staff and faculty, increasing a sense of belonging for underrepresented groups, reviewing scholarship information and assessing diversity efforts through climate surveys and focus groups, according to the fall 2020 job description.

Smith said the OCB will reach out to student organizations to hear from members about their experiences and suggestions they might have.

The OCB works with all departments at the University to encourage acceptance of those who come from different backgrounds, Akinloye said. The mission of the OCB, she said, is to listen to student voices and learn from mistakes of the past.

“If I only keep looking at the past and what that trauma is, I’m not charting out a future,” Akinloye said. “Right now what we’re doing is we’re asking, ‘What future do you want to create?’ And we are here to get behind that.”

Smith said there are many areas the office can grow in. The students, she said, will be the governing voices in what the OCB becomes.

“We want to hear from you — the good, the bad, the ugly and your dreams,” Smith said.

One of the office’s first programs is the Community Belonging Concern form for students to share their concerns with the office. The OCB links to the form on its website.

Many students at Pepperdine have shown to be inclusive, Akinloye said. Still, the OCB recognizes that students experience injustices — both large-scale and small-scale — on campus. The OCB also has a statement against hate on its website.

While the OCB welcomes people from all religious backgrounds, Smith said, faith is a key part of the office.

“We want to create a center that is unique in what it does and that is very situated within a firm Christian focus,” Smith said.

The word “Dunamis,” which is a Greek word that means power of God, represents the intentions of the OCB, Smith said. The acronym for this word lays out the office’s objectives: Dialogue, universitas, neighbor, agility, mindfulness, imagination and service.

Calderon said he wants the OCB to keep its promises after seeing the University struggle to do so in the past.

“I am hoping that they’re able to continue listening but simultaneously be able to have tangible action — a mini-strategic plan once a semester or once a year is what we hope to get done by the end — just to show in real time that the work is happening,” Calderon said.

Accessibility, mental health, racial and ethnic diversity in admissions and diverse course teachings are all issues the OCB must address to truly cultivate a sense of belonging at Pepperdine, Calderon said.

“I’ve been here for years, and it still doesn’t feel like home for everyone,” Calderon said. “You can’t neglect also the struggles that students have faced — those moments where they were like, ‘Maybe this isn’t for me.’”

As an advocate for students, Lockwood said they appreciate any response from the University to address lack of belonging on campus. Nevertheless, they said they are “cautiously optimistic” about the impact of the OCB on students who contribute to the uncomfortable aspects of Pepperdine.

Singleton said she is also skeptical of the OCB’s ability to fulfill its promises. The OCB is still new, Singleton said, and there is a lot of opportunity for it to change the culture of Pepperdine.

Having the space is one thing, Singleton said, but getting students to engage with it is another.

“What I’m hoping for this office is that students know they belong here, and they know they have a special purpose here and they know the space they can go to, to feel all those things,” Singleton said. “Given a lot of people at Pepperdine live very busy lives, it’s really easy to keep running and not give yourself time to process how you’re feeling. I’m hoping that this space allows people to sit and process and be however they want to be.” 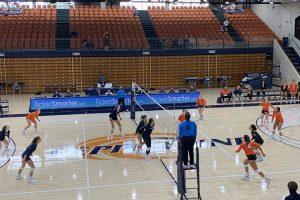 Pepperdine Women's Volleyball (left side) readies its defense for a Pacific attack in their match Nov. 6. The Waves defense...
Copyright 2013 Jupiter Premium Magazine Theme
Back to top