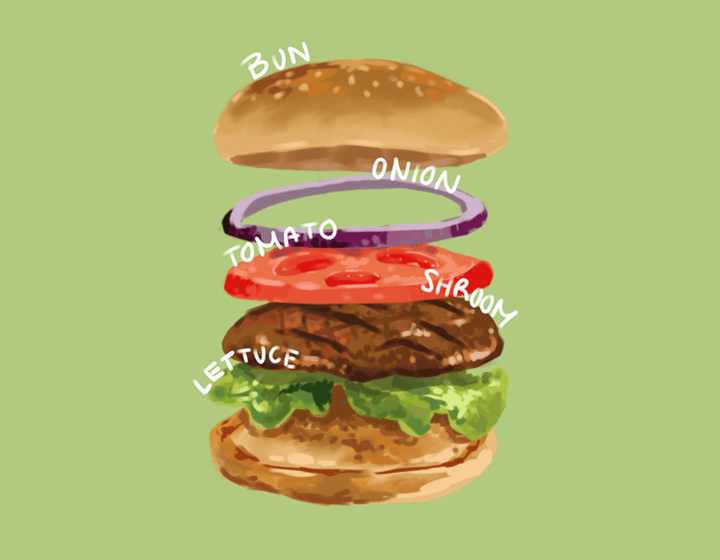 Completely giving up meat and animal byproducts may sound like a difficult transition, but plant-based diets and alternatives grow in popularity every year.

The offerings at major chain restaurants reflect this boom in demand for plant-based options. McDonald’s agreed to a partnership with Beyond Meat in February to develop their own plant-based burger, the “McPlant,” while Taco Bell offers guides for how both vegans and vegetarians can enjoy their menu.

Adopting a plant-based diet has numerous health benefits and positive environmental impacts, but there are some struggles, too. At Pepperdine, students who adopt plant-based diets — like vegans or vegetarians — face some challenges with finding food on campus that works within their diets.

Despite these challenges, students, like vegan sophomore Ian Rampton, said they work to stick to a lifestyle they are passionate about.

“The more you learn, the more it just becomes a no-brainer,” Rampton said. “The more I educated myself, the less and less I wanted to go back to my previous diet.”

Rampton said he made the shift to vegan eating after watching the documentary, “Cowspiracy: The Sustainability Secret.” The documentary showed the negative effects meat production and consumption has on the environment which made Rampton reflect on his own dietary choices.

“At a certain point, I just felt selfish for this overconsumption of natural resources just for taste,” Rampton said. “I couldn’t justify eating the way that I did any more after learning all these sustainability aspects, so I started integrating more plant-based products in my life.”

Now, Rampton has been fully vegan for nine months.

Plant-based diets are mostly or completely reliant on plant-based foods, versus a “plant-forward” diet — a more recent iteration of this idea — which just emphasizes the inclusion of these foods in a diet, wrote Katherine McCune, a registered dietician-nutritionist at the Student Health Center, in an email.

One of the main factors motivating people practicing plant-based diets in recent years, McCune wrote, is the realization of diets’ environmental impact.

Senior Michaela Gromer began her vegetarian diet after a Green Team meeting during her first year at Pepperdine, she said. Green Team is a club that promotes learning about the environment and living sustainably, and it taught Gromer about the impact a person’s diet can have on the environment.

“They were talking about the production of meat and how it’s so bad for this environment and I was like, ‘What? No one told me,’” Gromer said. “I feel like that was just the push that I needed, to hear that in Green Team, so literally the next day I stopped eating meat.”

While she didn’t face any pushback for her decision to adopt a new diet, Gromer said some people were surprised by her dedication to a plant-based diet, which she has followed ever since.

“As the months went on my friends would be like, ‘I can’t believe you kept it up for this long,’ acting like it was something kind of big when in reality it felt like it was very small,” Gromer said.

The Challenges of a Plant-Based Diet

Gromer said one of the main challenges of being vegetarian is the cost of certain alternatives. In addition, the time commitment required to research new ways to eat and recipes to prepare are substantial issues — but she prioritizes her diet enough that they are manageable for her.

Rampton said one of the most common misconceptions about a vegan diet is that it’s hard to get enough protein after cutting out meat. While Rampton carefully tracked his protein intake when he began his vegan diet, he now knows he gets plenty of protein because of his established routine, and no longer monitors it as closely.

“It’s an adjustment because in our previous diet, a lot of that is coming from meat and dairy,” Rampton said. “So once you take that off the plate, you have to find something to substitute it with.”

A plant-based diet requires planning to get a healthy amount of protein, as well as nutrients like B-12 and iron, McCune wrote.

Another difficult aspect of being a vegetarian is navigating the food choices on campus. Gromer said this year in particular it is challenging to find things to eat on campus, and her go-to’s are the vegan station in the cafeteria, vegetarian sushi or Starbucks.

Rampton said he enjoys the plant-based options on campus, especially after transferring from Harding University, where there are fewer options compatible with his diet. Though he doesn’t usually have trouble finding something to eat at Pepperdine, he said the vegan meal options could be improved.

“I think the cafeteria could work on always including a source of protein, like tofu or beans or some kind of whole grain,” Rampton said. “It’ll be a little more filling, and more protein-dense than what they have sometimes.”

For students interested in adopting a plant-based diet, McCune recommends they pick one day a week to eat plant-based meals and work their way up from there, making sure to include at least two vegetables with lunch and dinner.

Rampton said he is working on starting a club for students interested in adopting plant-based diets or who already follow one — as a way to create community and provide a support system. While he is vegan, he said this club will be inclusive of anyone who is on a plant-based journey.

“Most campuses in America have some kind of vegan club, and I just transferred into Pepperdine, and I was kind of surprised to learn that we didn’t have one,” Rampton said. “I do feel like we have a substantial amount of plant-based eaters on campus, but it’s just a matter of assembling them and creating that community.”

While following a plant-based diet can be very beneficial both health-wise and for the environment, McCune wrote she emphasizes students should not strive for perfection when it comes to eating. Trying to eat “perfectly” creates unhealthy disordered eating habits and removes the enjoyment from food.

“Eating should be a pleasant, nurturing experience,” McCune wrote. “Seeking out healthy choices like fresh fruits and vegetables, whole grains, legumes, nuts and seeds, olive oil and other healthy fats is a healthy way to eat — but I think there is room for occasional sweet treats, burgers and fries if you desire.”

Students who are interested in joining Rampton’s club can email him at ian.rampton@pepperdine.edu for more information.

Students who would like to set up an appointment with McCune at the Student Health Center can call (310) 506-4316.