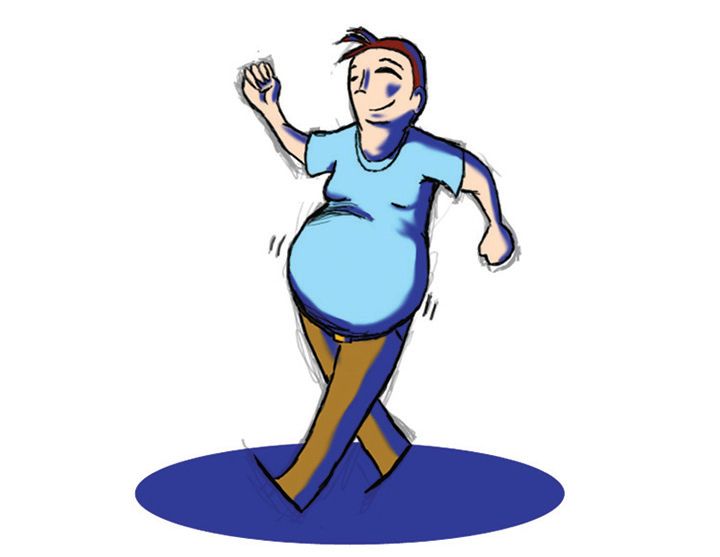 I first realized that I was fat when I was in the seventh grade. Not because my doctor said anything; I was eating right, physically active and overall a healthy kid.

It wasn’t because I noticed something on the scale; I had never been told what a “normal” weight was and therefore had no point of reference for my size. It wasn’t because I felt bad or uncomfortable with my body; I didn’t think there was anything wrong with the way I looked.

And it continued to stick, through middle school, through high school and through college. I didn’t like having my picture taken, because I didn’t want photographic evidence that I was larger than my friends. I dressed very conservatively in jeans and hoodies instead of the shorts and dresses I wanted to wear, because I wanted to cover my body.

I shied away from attention, especially male attention, because I didn’t want to run the risk of someone commenting on my weight. But despite my efforts, the comments were still there. They hurt, and they still do.

Pepperdine is not the most welcoming place for fat people, in part because there aren’t very many of us. It can be hard to walk into a class and realize you’re the only girl who can’t shop at Brandy Melville. Harder still is walking by a group of thin girls in the Caf and having them stare at you like you’re wearing your underwear on your head.

We might not want to admit it, but Pepperdine culture, like American culture as a whole, places a lot of emphasis on looks. There are a lot of conventionally attractive people at this school (and even a few professional models), and it shows. A norm has been established, and those who fall outside the norm are considered worse for it. It might not seem like much — disparaging glances, hushed whispers, no one telling you that you look nice even when you’re all dressed up — but it can take a toll.

I don’t want to sound like I’m complaining, because the truth is, I don’t have it very bad. I’m overweight — by about 20 pounds, according to a standard weight chart — but I can often pass under the radar.

I’m short and petite and don’t quite fall into plus sizes when I’m shopping for clothes. For those who are 50 pounds overweight or more, it can be a different story. For these people, snideness directed toward them can turn to outright aggression and anger.

Face it — when was the last time you saw someone who was overweight and thought something negative about them? That they were lazy, or dirty, or unhealthy? Have you ever decided you wouldn’t date someone because they were too big? Or when a fat person complains about the way they’re treated, just thought, “Why don’t they just lose some weight?”

I’m assuming most of you have thought that way at one point or another, because I have. I’m ashamed of having ever had those thoughts, because I know how painful they can be, but I’ve had them nonetheless.

For some reason, we as human beings have an intense desire to use a person’s physical appearance to form opinions about his or her character and personality. It’s easier than getting to know a person. It’s quick.

But we can’t do it. A person’s weight says as much about his or her character as his or her skin tone. Being overweight is often attributed to poor health, and while severe obesity has the potential for harm, the truth is that you can be overweight and still be medically healthy, just as you can be thin and die of heart disease. The stereotypes surrounding fat are just that — stereotypes. The truth of a person cannot be discovered until you know them.

We, as a Pepperdine community, need to be more aware of how we prioritize looks in our daily lives. We need to be vigilant about weight discrimination, both in our own community and in society. There are so many things in the world to worry about; others’ perceptions of our own bodies shouldn’t be among them.

And for my fellow fatties out there, don’t let the ignorance of others keep you from feeling as though your body is less than perfect. When those girls in the Caf gave me that snide look, I went out and brought a crop top. And I rocked it. If people are offended by my big hips and belly pudge, that ain’t my problem.