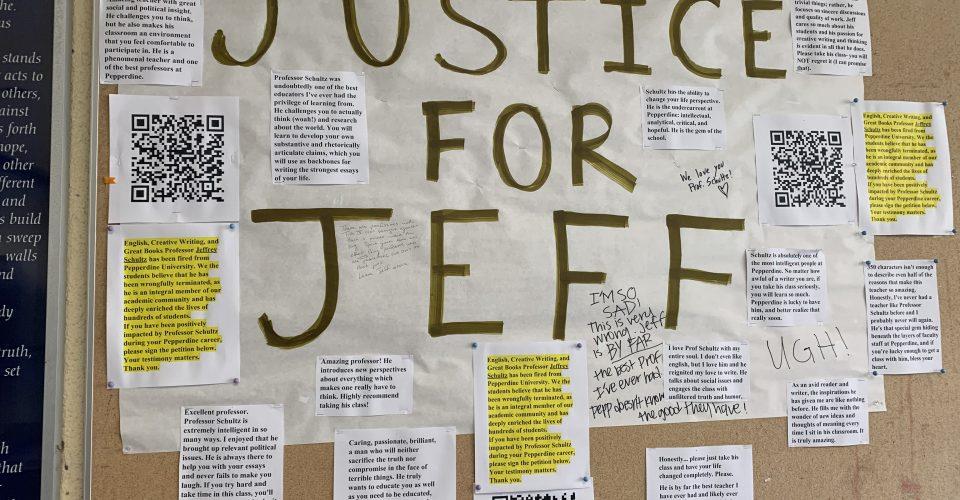 Last week an anonymous student hung a QR code link to a petition alongside various testimonies from Jeffrey Schultz’s students on the Freedom Wall.

When alumnus George Kovalenko heard that Creative Writing Professor Jeffrey Schultz would no longer be working at Pepperdine University next fall, Kovalenko said he knew he had to do something.

“[Schultz] is able to balance rigorous work — meaning he is not going to allow you not to work to the best of your ability — and to help you in doing that with a compassionate, human approach to education,” Kovalenko said.

Though Schultz declined to comment, he confirmed in an email that his contract will not be renewed at the end of the academic year and that he will appeal the decision.

Humanities and Teacher Education Division Dean Stella Erbes declined to comment on this story because it is a confidential personnel matter.

“If you’ve met, studied with, been moved by Jeff, and are interested in showing support, or have questions about the situation, please DM me,” Kovalenko wrote in a tweet. 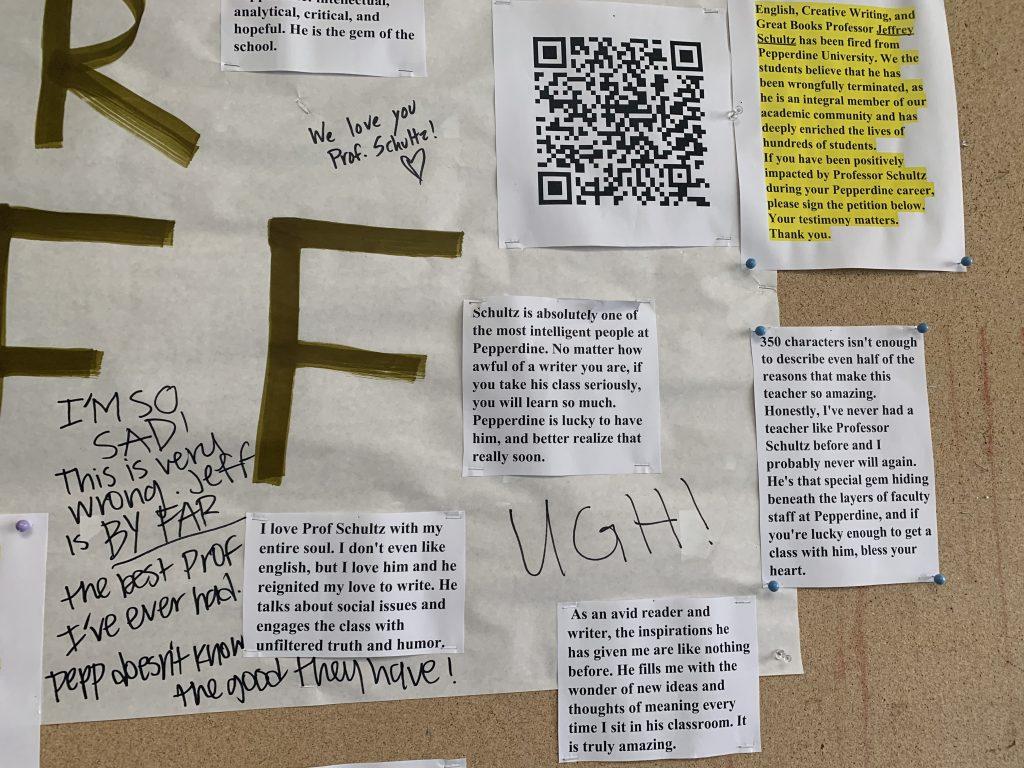 Anonymous students posted various testimonies of having Jeffrey Schultz as a professor last week on the Freedom Wall.

Kovalenko gathered testimonies and almost 300 names of current students, alumni and colleagues in support of Schultz. He displayed the names in a tweet tagging the official Pepperdine account and Seaver deans.

Kovalenko said he will deliver the completed list to the members of administration both in person and through email.

On Instagram, alumnus and former Graphic staff member Rachal Marquez Jones (2017) shared a post with the caption: “Received word that one of the most impactful, loved professors @pepperdine was let go on seemingly unfounded, biased grounds.‬ ‪The Pepp community is going through a lot, but #ProfSchultz deserves better.”

Marquez Jones said she wanted to call out what she felt was a significant issue.

“So the intention with that post was to bring that awareness to Pepperdine staff and administration as well as to raise awareness among fellow alumni,” Marquez Jones said. “I wanted to do it in a way that was supportive and not attacking Pepperdine as an institution because I don’t think that’s constructive.” 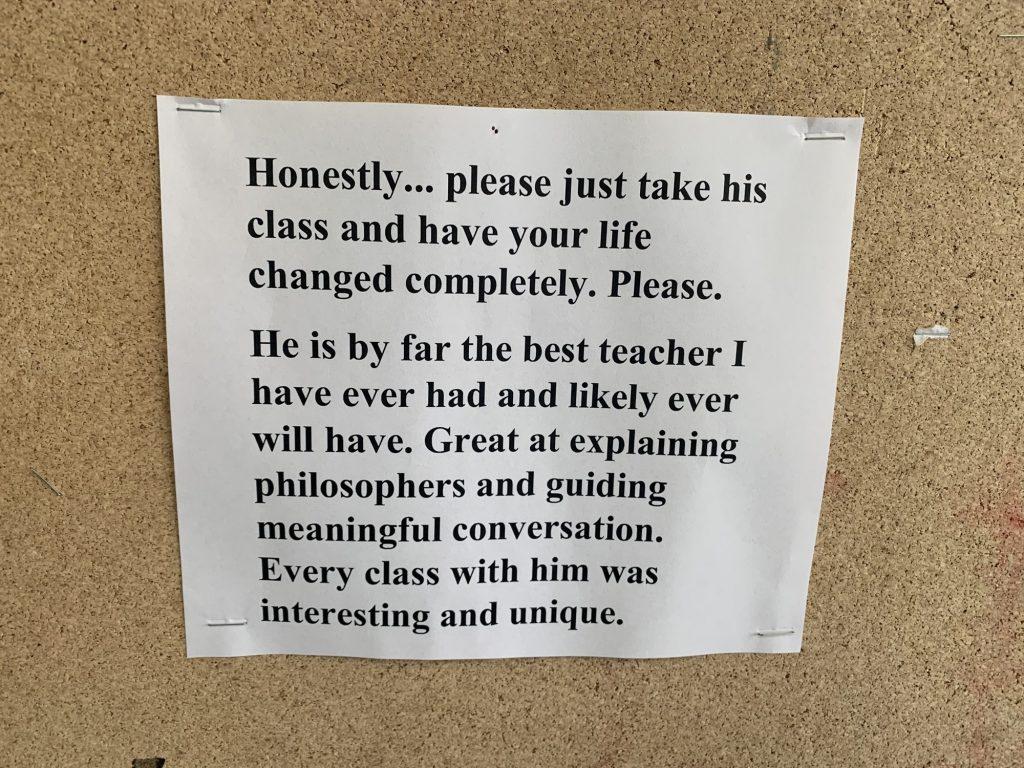 An anonymous testimony posted on the Freedom Wall last week describes Jeffrey Schultz as “the best teacher [one] has ever had.”

Senior Noah Racey said he was collecting signatures and testimonies from Schultz’s current students. He arranged to meet with the Seaver deans and personally delivered the list of names.

Racey said his goal is to make the students’ support known.

“At this point, we’re not trying to be disruptive and I want to make it clear that the movement is entirely independent of Jeff,” Racey said. “None of us are acting at his request. This is our own determination. And so with that gulf of separation, we’re careful of doing anything that would hurt him or hurt his appeal in the eyes of the institution.”

Through his actions, Racey said he hopes the university will acknowledge Schultz’s support so that Schultz can continue to be a professor at Pepperdine.

Coronavirus Can Bring Us Together 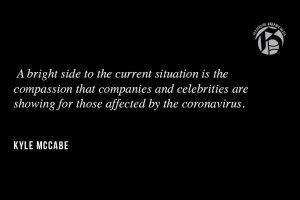 Coronavirus Can Bring Us Together

With professionals working from home and students studying online, COVID-19 affects nearly every aspect of American life....
Copyright 2018 Pepperdine Graphic
Back to top