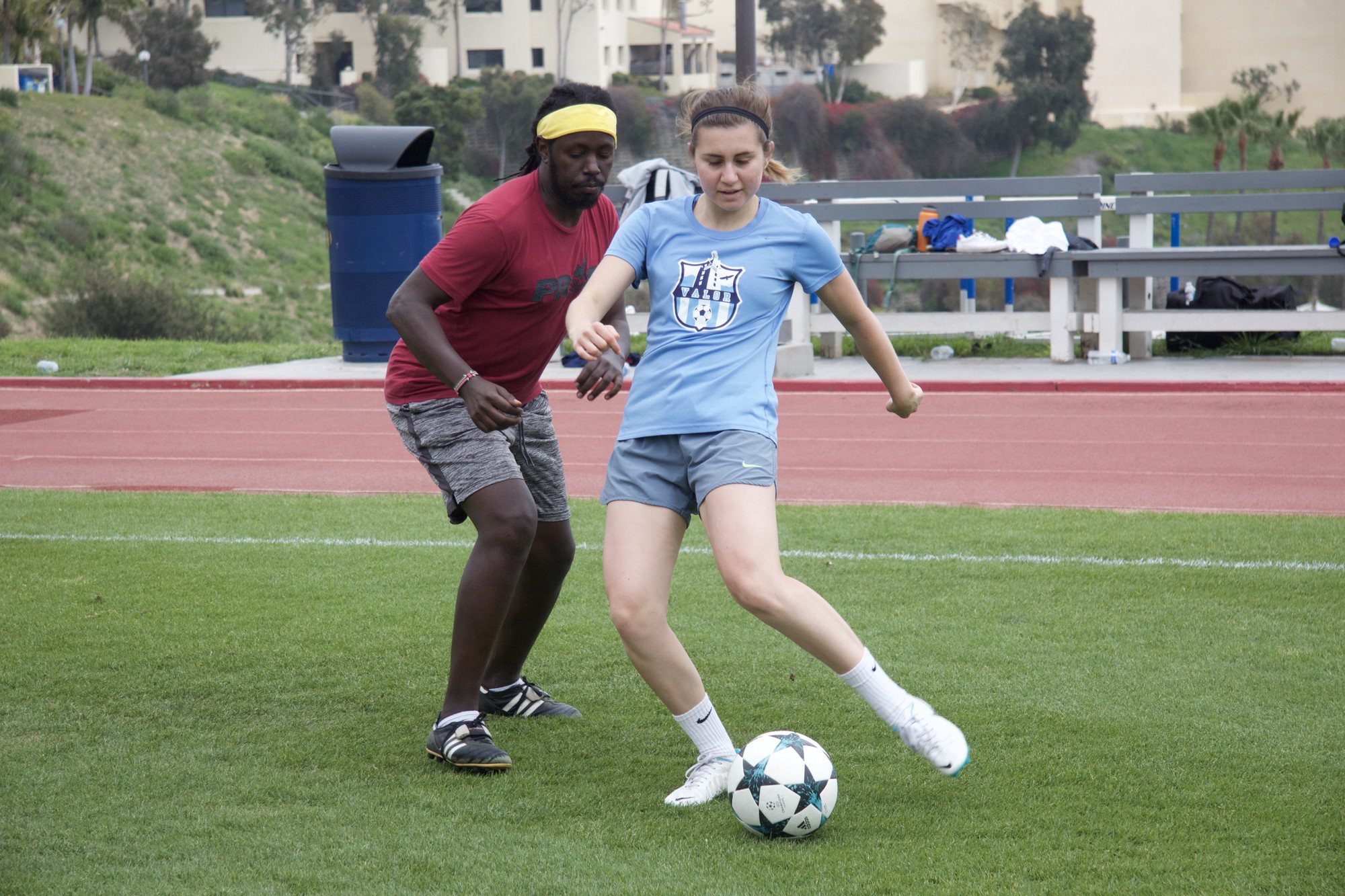 The seven-on-seven co-ed tournament, spearheaded by Intercultural Affairs and the International Students Advisory Council (ISAC), took place from 10 a.m. to 4 p.m. Prizes from local businesses such as Malibu Lumber Yard and Allstate Insurance were awarded for the winning team of the tournament. 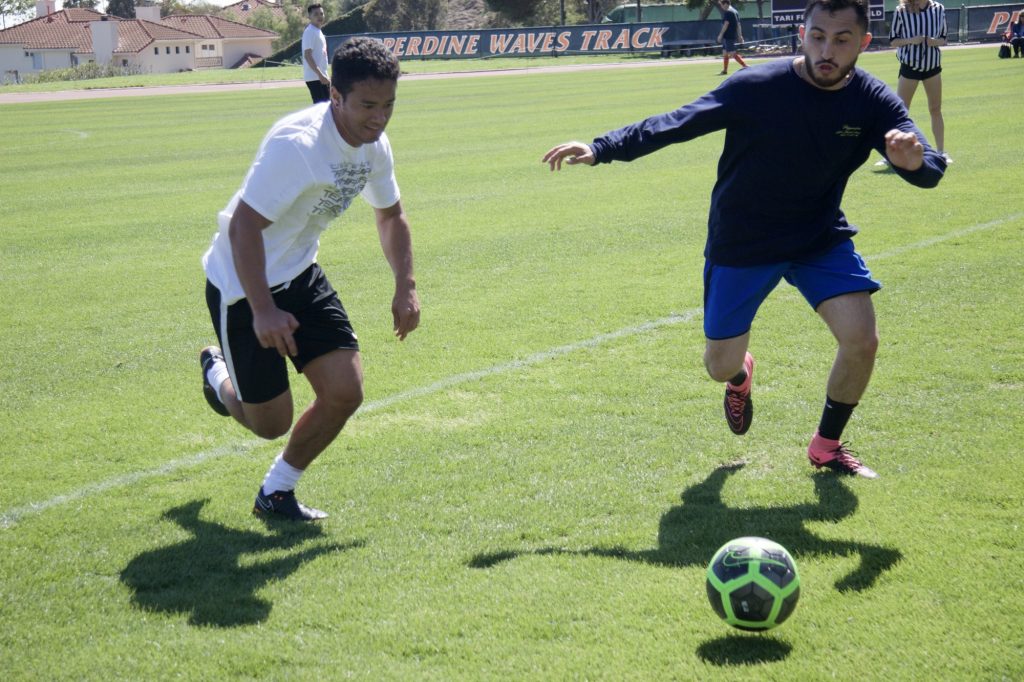 Corrie Zacharia, Program Director for International Student Engagement for Intercultural Affairs at Seaver College said the tournament’s goal was to create a fun experience for international and domestic students and bring the Pepperdine community together through sport.

“We were hoping to revive and revitalize an event that brings the whole university community together — international and domestic students from across all the schools of Pepperdine, even staff and faculty,” Zacharia said.

Students and staff members of all ability levels from Seaver College, Graziadio Business School, School of Law and School of Public Policy were among those who took part in the tournament. 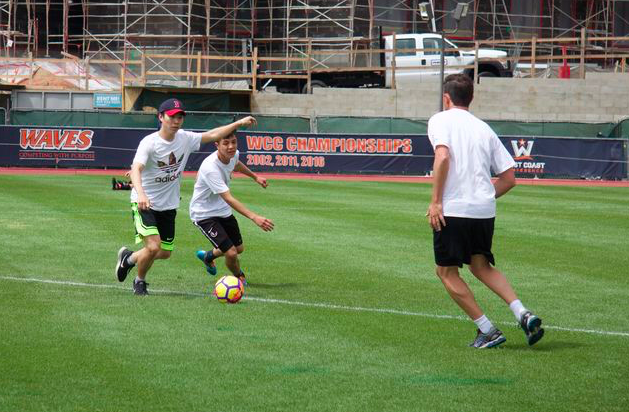 Typically branded as the “KICK Soccer Tournament,” Zacharia said the tournament branded itself as the “World Cup” by capitalizing on the World Cup hype that will be going on this summer.

“This was actually a re-launch/re-brand of a long-standing event called “KICK Soccer Tournament” that was started by the Pepperdine International Club sometime in the early 2000’s and happened annually for over a decade,” Zacharia said. “After a hiatus the last couple of years, we wanted to bring it back, and thought that since 2018 is a World Cup year, this would be a good chance to change the name and maybe capitalize on some of the World Cup hype.” 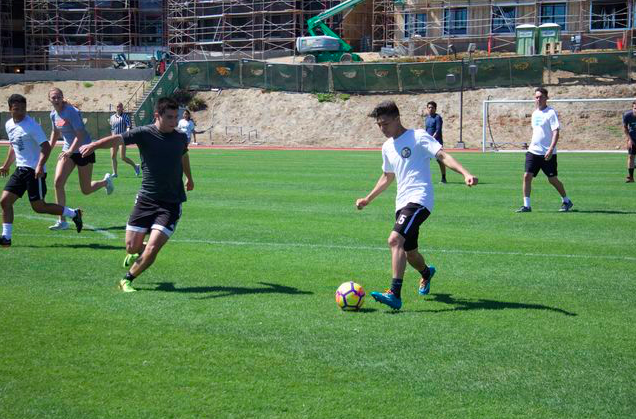 Players signed up online as individuals or as a team. Registered teams of players were named by country (ex. Afghanistan, Mexico) and each played three matches in pool play.

The two teams that made the finals were France and Togo, with Togo taking the crown of the tournament to win gift cards for local businesses such as Duke’s, water bottles or coffee mugs. 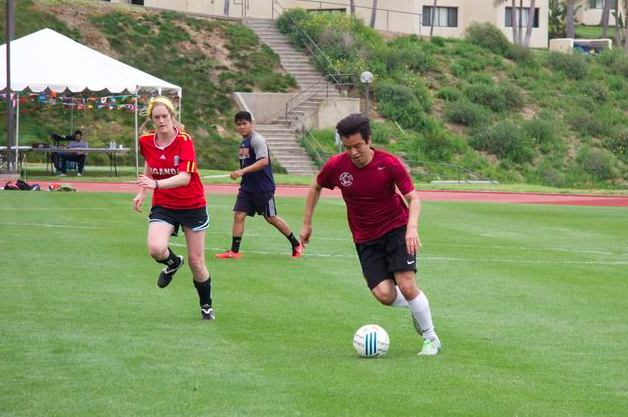 Senior Miguel Garcia-Ramos, who was part of the tournament-winning Togo team, said the event was very thrilling and one that was a great opportunity to build relationships within the Pepperdine community.

“It was a pretty neat experience, as I play intermural soccer and that’s pretty cool, but it’s very different playing with faculty and staff and students in an actual competitive tournament,” Garcia-Ramos said. “I played against some people I didn’t know too well, but I got to know them better. Same goes with those I’ve already knew coming in, and it was a great bonding experience.”

Garcia-Ramos also said the tournament should be held once per semester.

“I know there’s a lot of work to set up an event like this, but it would be interesting to have it once per semester,” Garcia-Ramos said. “I think it’ll get more people engaged and involved and prepared for each semester.” 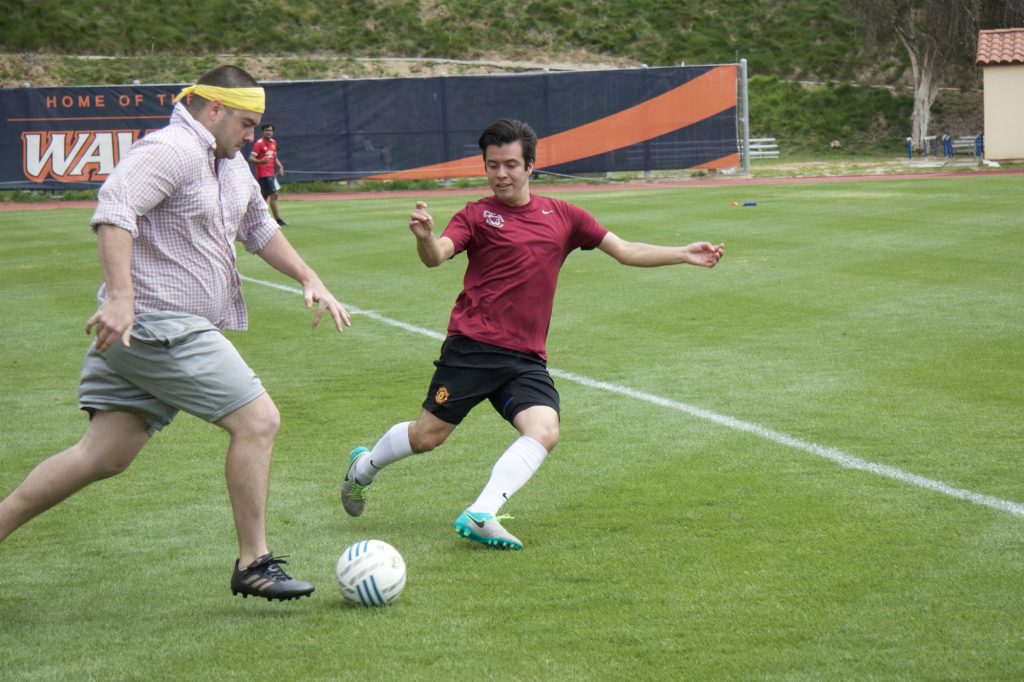 Based on the success of this year’s tournament, Zacharia believes there will be community soccer tournaments coming in the future.

“If there is continued interest among students and university members to participate in a Pepperdine World Cup, we will definitely consider offering this type of annual event in the future,” Zacharia said. “We sense that students will continue to be excited to participate in events like this that involve a universal sport like soccer.”