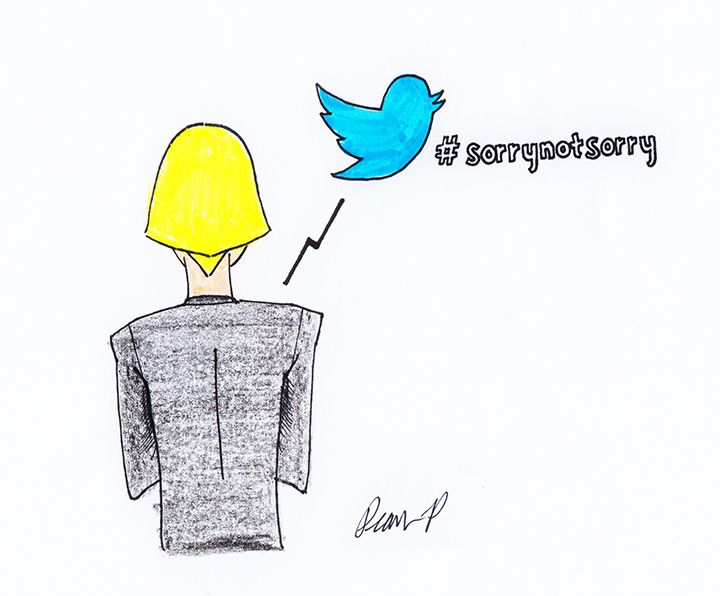 Sia. You’ve probably heard her name, and you’ve definitely heard her music. After all, her song “Chandelier” was essentially the soundtrack to summer 2014, and her platinum blonde hair can’t be missed during her performances. But recently, Sia is in the news again, this time for a different reason. Instead of being praised for her unusual, edgy style, Sia’s new music video for her song “Elastic Heart” is under fire because many felt that it portrayed pedophilia.

Shortly after Sia released this video, it received lots of backlash from viewers saying it was “sexually suggestive” and “twisted and creepy,” in addition to other comments about the video being reminiscent of pedophilia, according to ABC news.

After the video was released and following all of the backlash, Sia tweeted an apology. Sia wrote that she “expected” such reactions and then clarified that the two characters, a man, portrayed by actor Shia LeBeouf, 28, and a young girl, played by Maddie Ziegler, 12, who was made famous by the show “Dance Moms,” were created to portray two warring states of herself, according to her tweet. In her tweet, Sia wrote, “I anticipated some ‘pedophilia!!!’ cries for this video. All I can say is Maddie and Shia are two of the only actors I felt could play these two warring ‘Sia’ states,” and later apologized for how people may have felt, tweeting “I apologize to those who feel triggered by ‘Elastic Heart.’ My intention was to create some emotional content, not to upset anybody.”

The tweet apology is especially unique because instead of apologizing for what she did, Sia apologized for how people may have felt when they watched the video. This careful choice of words validate the fact that Sia isn’t sorry for what she did — in fact, she fully stands by it and supports her artistic intentions. However, it was big of her to validate that her video did make people think of pedophilia.

Now, let’s rewind. Sia said that she “expected” the reactions to her video. And, with this expectation, Sia trusted her work and her instinct and continued on with creating the video.

It is evident that Sia wanted to tell an emotional, personal story with the video, and this video has many similarities to her last video, “Chandelier,” including the usage of Ziegler portraying Sia in both, the color of the lighting and the setting of the production itself.

Sia clearly has been thinking about the aesthetic value of her videos, doing what she believes is best and not going for what the general public wants. The problem at hand here, however, is that immediately, when a semi-controversial video is released with an older man seen “wrestling” and dancing around with a young girl, the world automatically thinks “pedophilia.”

This thought process from people on what the video is about has to do with a couple of things going on in today’s society, especially in the music industry. One is the over-sexualization and general talk about sex in music and music videos, not to mention artists singing about their woes and issues in such areas. The overexposure of sexualized culture caused people to assume pedophilia in this situation, rather than taking the artist’s motives into account.

Another issue at hand is the issue of gender between the characters. Because the man is older and the girl is younger, pedophilia comes to mind. But, if there was an older woman and a younger boy, would there be the same thoughts? Probably not. People might think the portrayal of an older woman and a younger boy could be sweet, maybe maternal, but certainly not reminiscent of pedophilia.

Yes, Sia’s video production skills and visions are clearly in the right place for her. But what is the best thing that Sia did to support herself and her feelings about her own video?

The answer lies in the tweet. Sia apologizes if people “felt” the way they did about “Elastic Heart.” However, she never apologizes that she did it. And although this small discretion in words could seem minute to a reader who is skimming, it makes all the difference.

With this apology, Sia is essentially telling the world that she remains confident and comfortable with what she did, even if the world isn’t.