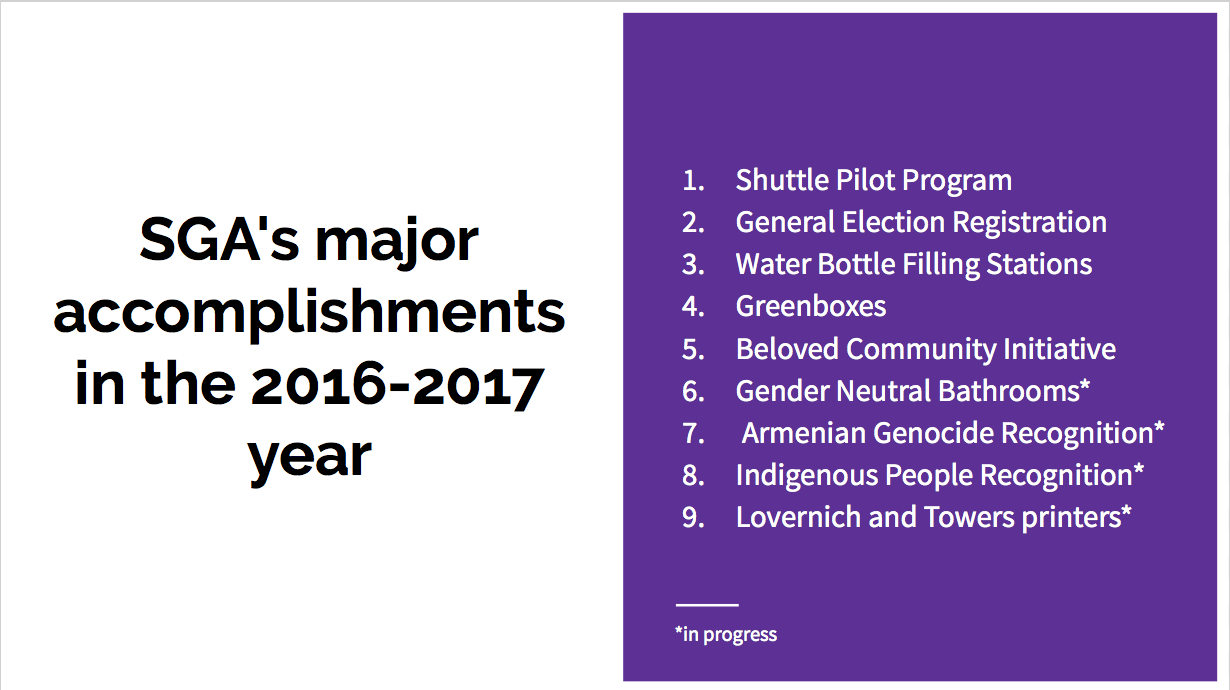 1. Shuttle Pilot Program: SGA, spearheaded by Executive Vice President Hope Hesslen, started a shuttle pilot program in the fall of 2016 where students were able to sign up for free shuttles from Pepperdine’s Malibu Campus to LAX. The pilot program will continue this spring and they are hoping that a business model will be developed for students to take the shuttle to LAX in the future.

3. Water bottle filling stations: For the past three years, SGA has been working with the Green Team and Center of Sustainability to add water bottle filling stations across campus. Originally, the plan was to have them in the dorms; however, due to priorities, they decided to place them in the most trafficked areas on campus, such as the Plaza Classrooms, the bookstore entrance, and the Appleby Center.

4. Greenboxes: Greenboxes are reusable to-go boxes in the cafeteria. At the beginning of the school year, SGA bought more than 500 greenboxes and distributed them to first-year and transfer students. SGA’s goal was to encourage students to use greenboxes and decrease paper boxes.

9. Funding for Lovernich commons and Towers printers: SGA is hoping HRL will support their efforts to place printers in Lovernich Commons and Towers. SGA will allocate funds for the project, paying for the printers, ink and paper. Students will pay the same price to print as they would print at the Sandbar.