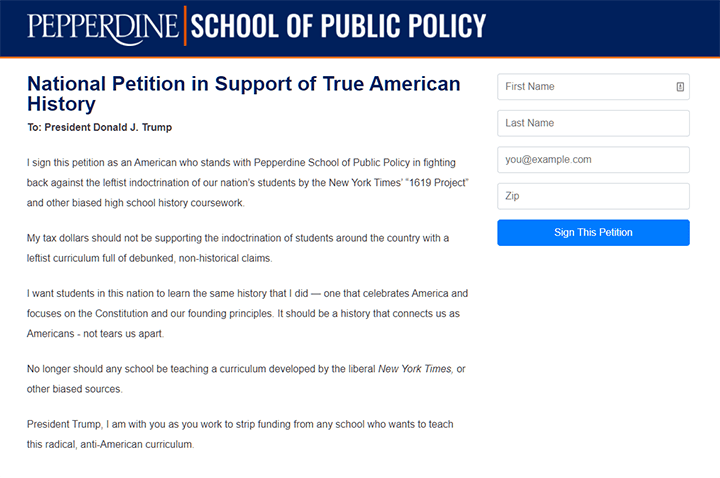 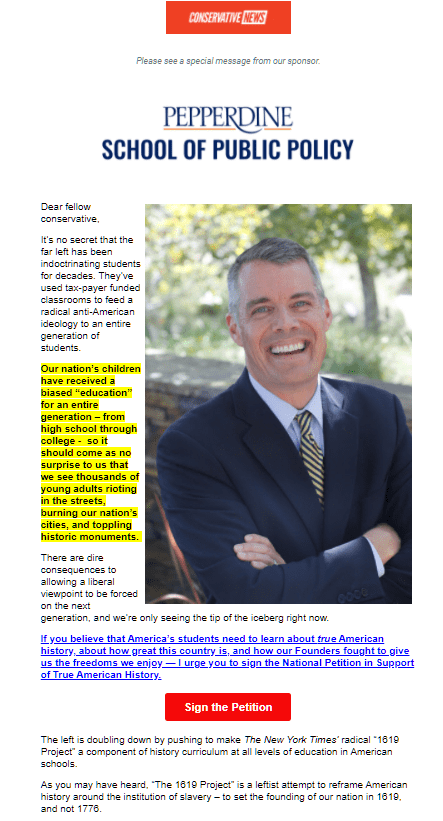 Peterson’s email to Conservative News subscribers details his concerns against The New York Times’ The 1619 Project. The email also featured a link to the School of Public Policy website to sign a petition against new ethnic curriculum in schools. 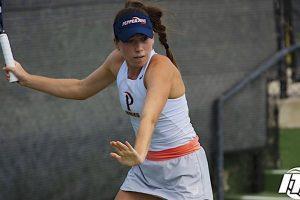