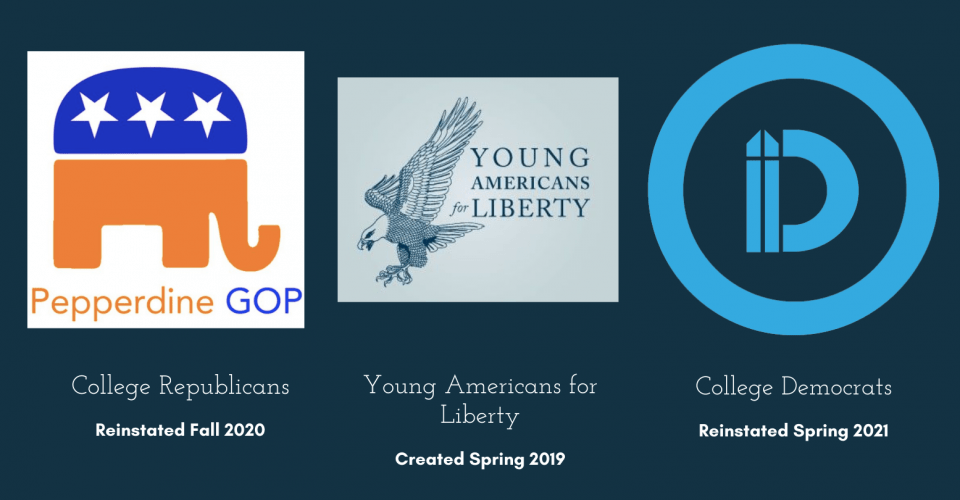 While the presidential election is long over, Pepperdine political groups are far from finished.

Pepperdine’s political clubs are known for gaining traction each presidential election, only to fade slowly to inactivity in the following months, lying dormant until students revive the clubs a few years later — usually in congruence with another election. Though this cycle has been prevalent in Pepperdine’s history, the presidents of Pepperdine College Republicans, Pepperdine College Democrats and Young Americans for Liberty are determined to ensure their groups are permanent fixtures in the Pepperdine community.

Political Student Groups: The Past, the Present and a Fruitful Future

Students founded Pepperdine College Republicans in the 1970s, but since its formation, the group has alternated between periods of activity and inactivity, Lindquist said.

Lindquist reinstated the group in fall 2020, after a two-year hiatus, in an attempt to create a community for conservative students on campus. Since the group’s fall reinstatement, Pepperdine College Republicans has accrued 110 active members, Lindquist said.

“We’ve had an astronomical rise just from word of mouth, just over being online,” Lindquist said. “We’ve skyrocketed in our membership from nothing to over 100 members. I really want to see just how high we can get it once we’re in person, once we’re able to table.”

Alongside his goal to grow the group’s membership, Lindquist said he hopes to solidify the group’s permanent standing on Pepperdine’s campus.

“After I leave Pepperdine, I want to see it grow, and I want to see it be maintained, because in the past it has been hot and cold, on and off,” Lindquist said. “I want there to be consistency.”

Junior Nicolas Armenta, president of Pepperdine College Democrats, was motivated to reinstate the Democratic student group after realizing during his freshman year Pepperdine did not have an active democratic chapter. After completing the necessary logistical steps for recreating the club in fall 2020, Armenta kickstarted the group this spring alongside juniors Cameron Zohary and Christian Parham, Perspectives assistant editor.

Armenta said he always wanted to take part in Pepperdine College Democrats and sees purpose in the club independent of presidential elections.

“I tried to switch the club from being solely about supporting whoever is running as a Democrat, but also about talking about things on campus and being a huge supporter for certain students on campus,” Armenta said. 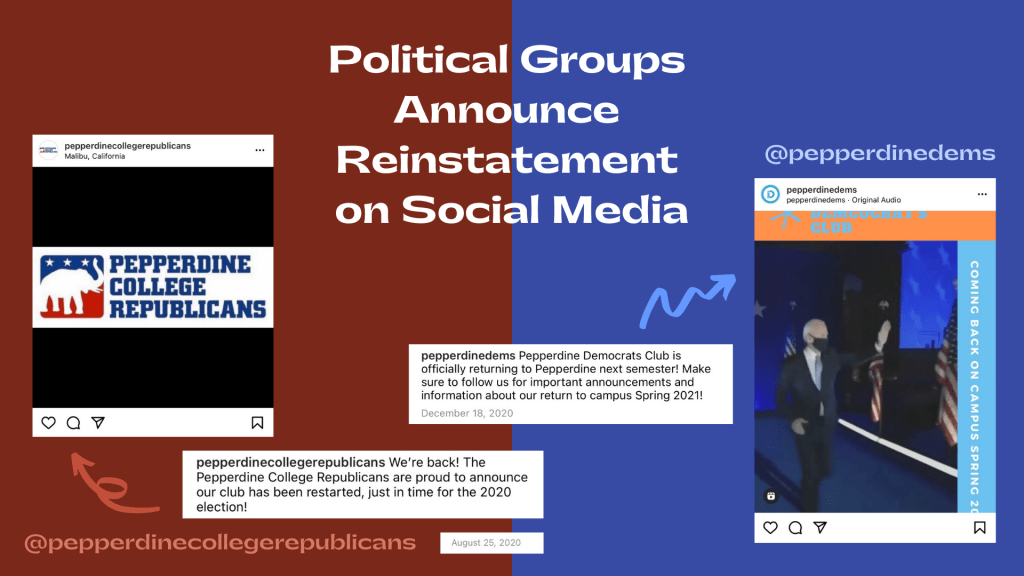 Now that Pepperdine College Democrats is reestablished, Armenta plans to bring in high-profile speakers to address the chapter’s members including California politicians and professionals. Armenta said he also hopes to create an internship network for democratic students.

In the short-term, Armenta said he is excited to connect members to scholarship opportunities offered by the California Democratic Party and update students on events through the group’s newsletter.

Pepperdine College Democrats meet biweekly, and the group hosted an open forum March 23, for members to discuss their political beliefs and experiences at Pepperdine.

Students created the Pepperdine chapter of YAL in spring 2019. Rider started his role as president in fall 2019, filling the position to meet the leadership needs of YAL.

“It’s important to facilitate dialogue,” Rider said. “It’s important to get people to think about politics, and even though I personally wouldn’t consider myself a libertarian, I took over, because I felt that it was important, and if I didn’t take over, [YAL] just wouldn’t exist.” 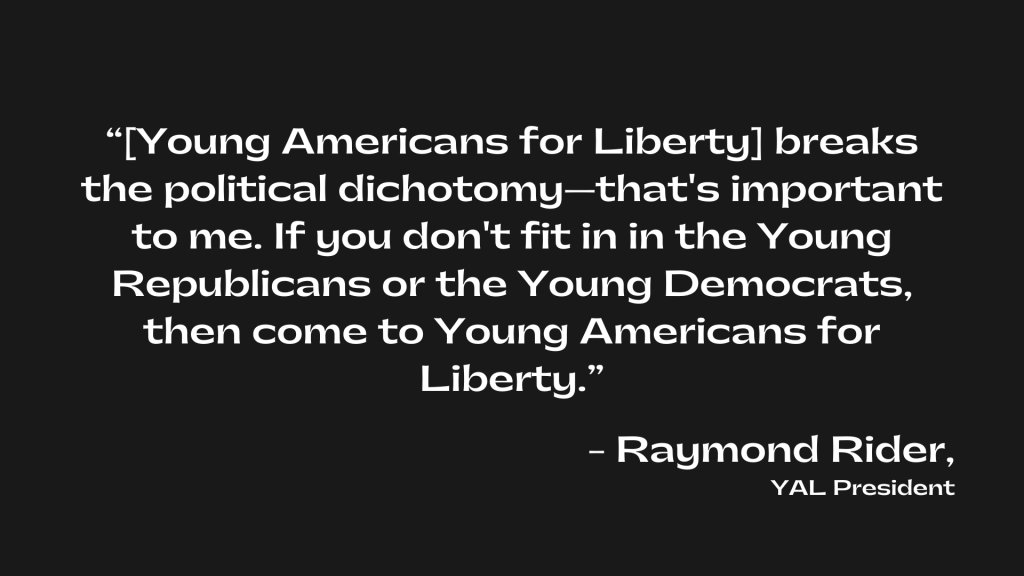 Though the national YAL organization brands itself as a group for libertarian students, Rider said the overall mission of the club is very broad, aimed at any students who value the right to liberty. Under the overarching theme of liberty, Rider operates the club as a group where students can openly discuss politics.

“The reason I started running it how I was, was because there was kind of a vacuum on campus of political discourse,” Rider said. “The Republicans had brought Ben Shapiro on a few years ago, and then just dipped; they just left and nobody really knew where they went. Apparently, the young Democrats were around, but they didn’t really do anything.”

With the reinstatement of partisan political groups, Rider said he believes YAL can fulfill a different but necessary purpose.

“[YAL] breaks the political dichotomy — that’s important to me,” Rider said. “If you don’t fit in in the young Republicans or the young democrats, then come to Young Americans for Liberty.”

Rider said he hopes to ensure a secure transfer of leadership after his time at Pepperdine, handing off Young Americans for Liberty to a student who will continue promoting the efforts of the club once he has graduated.

Though there are many distinctions between the ideologies of Republicans, Democrats and Libertarians, Lindquist, Armenta and Rider said they agree that free speech is important and they are open to political discourse.

The presidents met with the Inter-Club Council at the beginning of the semester to have a conversation about the importance of free speech.

“We all got to have a conversation about the First Amendment and what that means on campus, and how to contact each other if there was anything we didn’t like or we didn’t agree with and be able to have active conversations with each other,” Armenta said.

The Pepperdine chapter of College Republicans deeply values free speech and believes free speech is being threatened on college campuses nationwide, Lindquist said. Because of this belief, Lindquist said the organization is willing to engage in difficult conversations and open to hearing diverse perspectives.

“I wish people knew that Pepperdine College Republicans exists, yes to advocate for our opinions and our beliefs — and we unapologetically believe in conservative principles — but we are very very open to interfacing with people who don’t agree with us,” Lindquist said. “It doesn’t matter if you agree with us on almost everything or almost nothing. We’re willing to have these conversations with anybody and everybody, and we really enjoy those conversations.”

“Everyone has their own perspective from their life experiences, and I think it’s very important that we all get to hear that and understand why people think the way they do,” Armenta said.

When Pepperdine students can gather in person, Lindquist, Armenta and Rider said they are eager to facilitate political discussion.

“Once we’re on campus, we’re really looking forward to hosting debates or panels or forums of any type that really encourage that free speech and that exchange of ideas on campus,” Lindquist said. 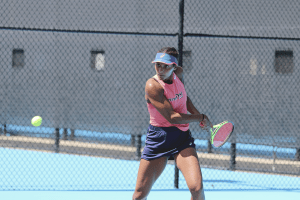