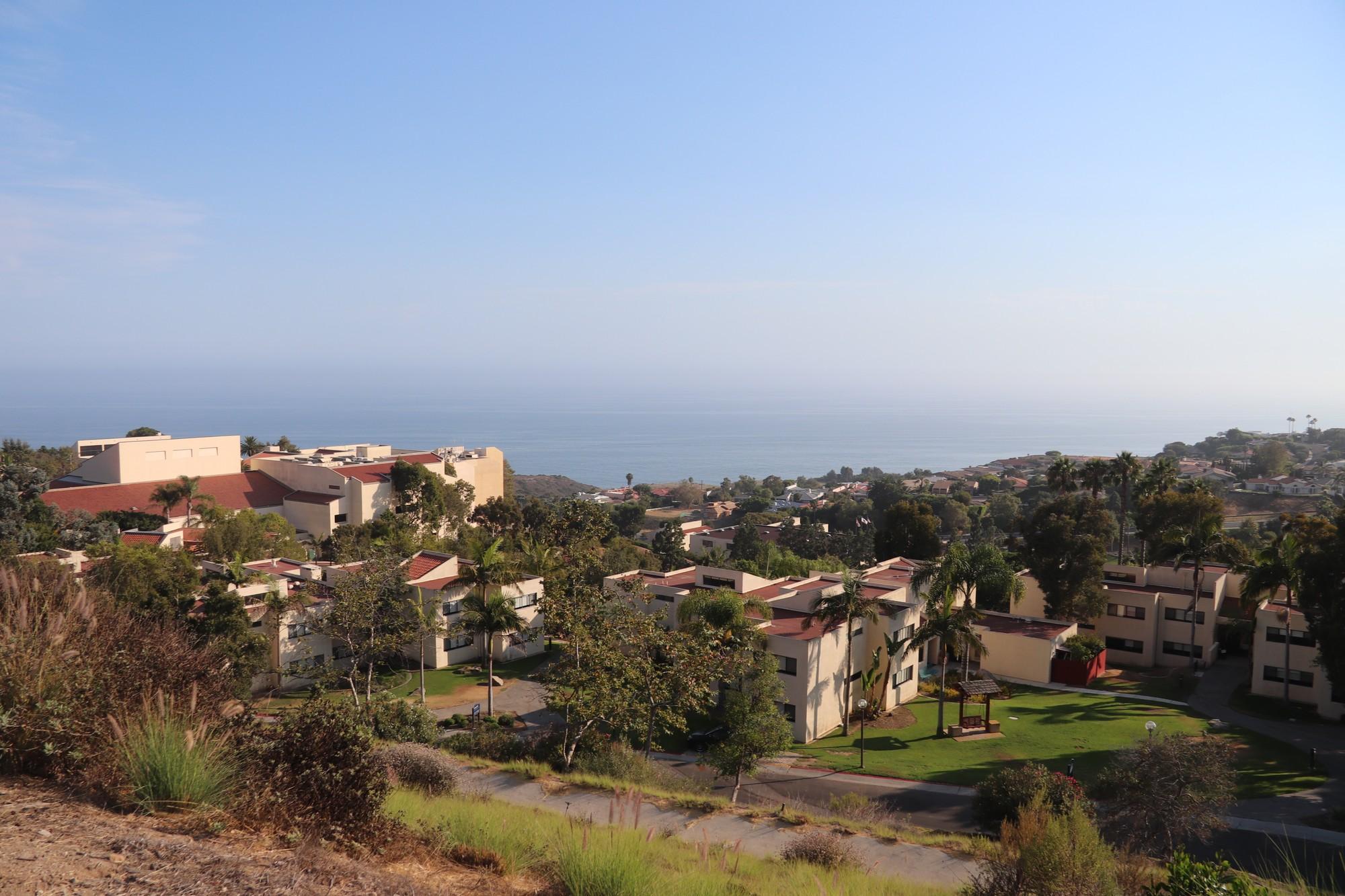 Pepperdine’s Malibu campus above Upper Dorm Row in August 2020. Pepperdine plans to open for in-person classes at a limited capacity but will not offer residential living. Photo by Ali Levens

Despite plans to resume in-person instruction, residential living is only available for personal hardship cases.

“Things are looking better and better as we grapple with these remaining challenges,” Gash said during the briefing.

“Our plan is to open up on a school-by-school basis, limited in-person classes beginning after April, 6, which would be when we would move into the orange. It’s not contingent upon that [moving to orange tier] and this would be on a voluntary basis, not just for students but for faculty as well,” Gash said.

Students will be contacted by course faculty with specific instructions for each class between March 18 and March 23, and will conclude March 26, Seaver Dean Michael Feltner said in a March 16 email update. Seaver College expects 15% to 20% of all spring 2021 classes will transition to optional in-person instruction, according to Feltner’s email. Even if a class is delivered in-person, it will still be delivered virtually.

Pepperdine believes case rates will permit LA County to move to the orange tier in approximately three weeks, which would allow for more campus openings.

“The reason we believe it’s going to be down is in the last week you can see the case rates are dipping, even more, so we expect to have good news on case rates today,” Gash said.

Even with classes opening for in-person instruction, LA County does not permit on-campus residential living. Students can fill out a hardship exemption form to be considered for on-campus housing, said Phil Phillips, vice president for administration and chief operating officer.

“Our Student Affairs group and vice president Connie Horton continues to reach out to those who do have hardships and making those opportunities accessible, but we’re still working on petitioning the county to say we do want to be able to have our students in person in the residence halls,” Phillips said.

Pepperdine allows one person per room in hardship cases and hopes to allow more people to live on-campus for the remainder of the semester, Gash said.

“We continue to advocate for the permission to open up our residence halls but at this point, LA County has not given us permission to do so and it’s not just us, it’s all LA County,” Gash said.

Plans for the class of 2020 and 2021 commencement remain undecided and are dependent on county guidance, Phillips said.

Pepperdine will delay the graduation ceremony until out-of-state visitors are allowed but are hopeful that the guidance will be changed soon, Phillips said.

“Graduation is still up in the air, we’re still trying to figure out what we’re allowed to do,” Gash said. “We will not have graduation ceremonies where people from out of state, are not allowed to attend so we will delay those to a later date.”

There is also still not a decision about summer international programs, Feltner said. Pepperdine will provide a decision for each individual international campus April 9 for the June program, and in late April or early May for the July program.

“At this time, we are advising students to please not incur any non-refundable expenses,” Gash said. “Those would be things like physician appointments, immunization, visa fees and elective travel for the summer until we make a final decision.”

On the Malibu campus, indoor dining in the Waves Cafe will resume at 25% capacity, beginning within the next few days, Gash said. Starbucks will not open under current circumstances.

Gash said the University expects to have on-campus residency by this summer in single occupancy rooms. By fall, Gash said that if students are vaccinated, they can expect no restrictions for on-campus housing.

Pepperdine has not made a decision about student COVID-19 vaccination requirements at this time, but the University is highly encouraging it.

The Student Health Center is now open to schedule vaccine appointments for University employees and eligible adults to receive the first and second dose of the Moderna vaccine. Pepperdine administered 500 doses between last week and this week, Gash said.

Seaver College will deliver its next announcement on or before April 12.