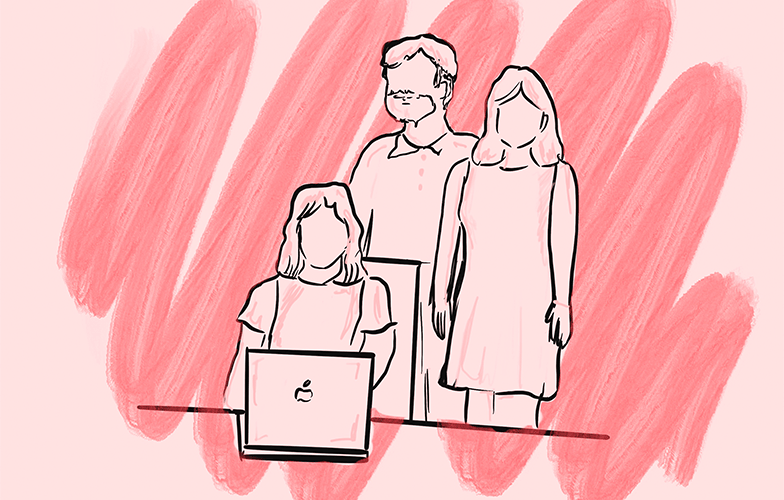 Students, athletes and faculty members voiced their opinions about the partial reopening of Pepperdine’s campus, but what about parents?

Parents come from a unique perspective on remote instruction during the pandemic. They said they want their students to stay safe but also want them to learn in the most effective way possible.

“I think it’s time for them to reopen,” said Catherine Rowsey, pharmacist and mother of first-year Pepperdine student Mary Paige Rowsey. “And I say that very cautiously, I was apprehensive about schools opening in the fall.”

Pepperdine announced March 16, that classes could start meeting in-person at a limited capacity at the beginning of April, but that on-campus housing would not be permitted, except for personal hardship cases, due to LA County Guidelines. While some students are living close enough to campus to take advantage of this opportunity, others, are across the country.

First-year Melanie Calderon and her family live in Gulf Shores, Ala., and her mom, Lily Lewis, said she thinks the decision to not offer on-campus housing is positive in some ways, and negative in other ways.

“I think it can be harmful for some students that cannot be there because some people are allowed to have in-person classes,” Lewis said. “But, I also think that it’s a way that schools can start to test if they have to really prepare for the opening.”

From a financial standpoint, Lewis said not having to pay for housing has been beneficial, since her student can gain college credit from home. Even though Pepperdine’s tuition increased by 3.8% from spring 2020, the University eliminated housing expenses, saving approximately $7,500 per semester for Pepperdine families.

On the other hand, Lewis said that watching her student stay home while many other schools across the country were opening when Pepperdine wasn’t was hard.

“Pepperdine was Melanie’s dream college and we were so happy when she got accepted there, but we were so sad that this was one of the colleges that didn’t open,” Lewis said. “All the other colleges where she was accepted decided to open so it was really sad for her and for us.”

In addition, Lewis said she noticed her student struggling mentally while sitting in Zoom classes all day. While online classes seemed like a perk at the beginning, now she said she has seen them take a toll on her student.

Rowsey’s daughter was able to move from Memphis, Tenn., to Malibu at the beginning of the spring 2021 semester, after being at home for the fall. Rowsey said she understands the difficulty in online classes for students but also recognizes that Pepperdine is doing what it can within the county guidelines. Rowsey also said she knows the risk of opening campus and realizes not all students will follow the safety measures seriously. 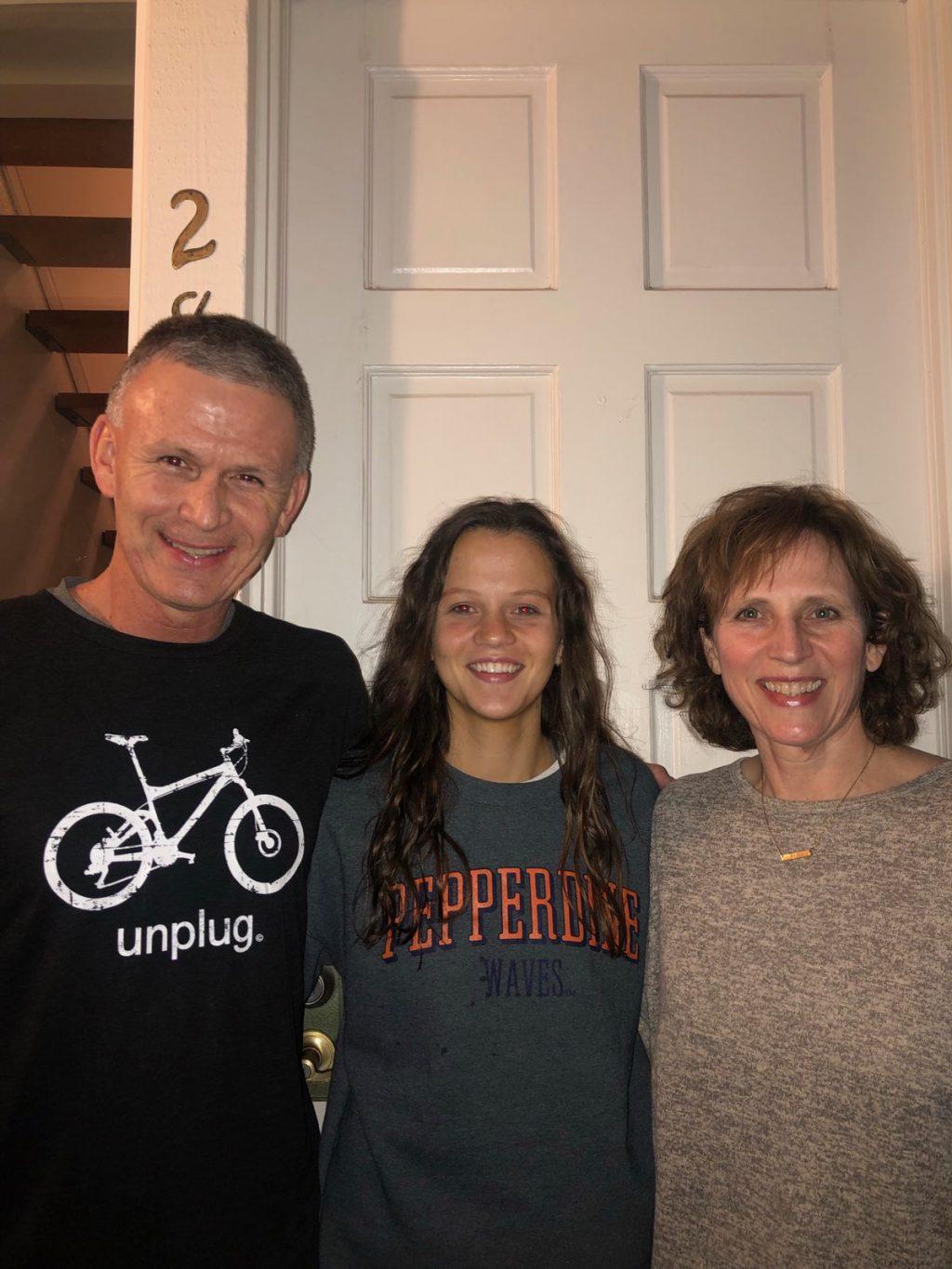 First-year Mary Paige Rowsey stands in between her parents, Perrin and Catherine, after they moved her to Malibu in February. Rowsey was able to move to Malibu for the spring 2021 semester after studying from home in the fall. Photo Courtesy of Mary Paige Rowsey

Looking forward, Rowsey said she hopes students will take the appropriate measures to keep their peers safe on campus, even though a rise in case rates may be inevitable.

“I think the students are going to have to take personal responsibility and social distancing and doing those types of things,” Rowsey said. “There probably will be more cases, but I feel like Pepperdine has done an excellent job setting up protocols and preparing for that. I think Pepperdine is ready.”

Pepperdine’s gradual reopening approach gives her some ease, and helped her to trust the University, Lewis said.

“I know kids are excited and anxious about going and probably don’t think much about the consequences,” Lewis said. “But having this school thinking a little bit farther on the decision [has] made me feel comfortable about the school and the plans that they have.”

Parents also said they recognize that Pepperdine is following the county guidelines and might have more limitations than other schools across the country.

Rowsey said she understands that the University is doing what it can do, and she said she is pleased with the steps administrators took to ensure students are back as soon as possible.

“I don’t have any criticism of Pepperdine and the way that they’ve handled things,” Rowsey said. “I feel like they have done all that they could do from a university standpoint.” 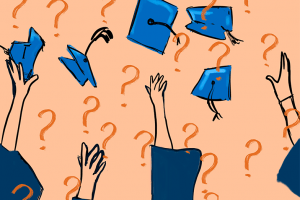 Art by Ally ArmstrongHold on to your graduation caps for now — commencement is still up on the air. Pepperdine won’t...
Copyright 2013 Jupiter Premium Magazine Theme
Back to top