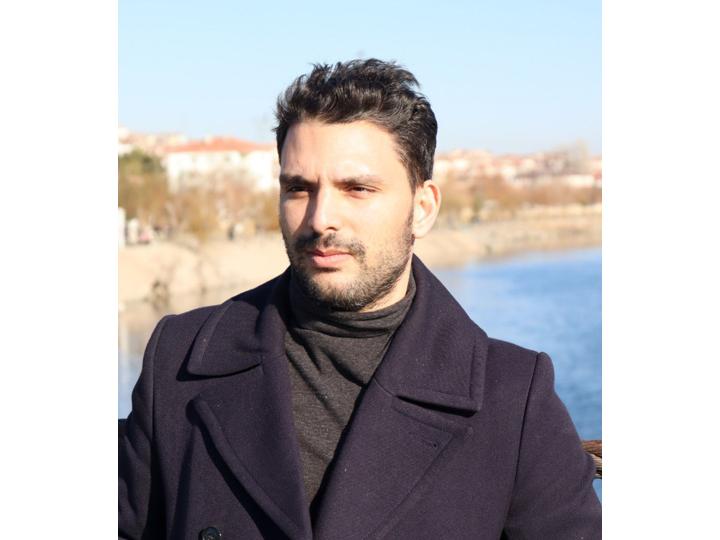 Author Parsa Peykar poses in December in Turkey. Peykar said he fulfilled his dream to have his work published in Iran because it is his home country.

After volunteering at the Twin Towers Correctional Facility in Los Angeles, and connecting with the inmates, graduate student Parsa Peykar said he was a changed man. His time working with the inmates taught him that sometimes freedom is not about the location, but rather the condition of a person’s heart.

Peykar, a Psychology student at Pepperdine Graduate School of Education and Psychology, just published his third book, titled “The Bird From the Kingdom of Heaven,” in Iran on Feb. 14.

“Being an author or anything in life, there will be a lot of failure on the line,” Peykar said. “I have realized you need to embrace those failures and always believe that what you have done is unique.”

Peykar previously published two other books, “Freedom in the Cage” in 2011 and “Scream of Silence” in 2012. “The Bird From the Kingdom of Heaven” was published in October 2018 in the United States before it was published in Iran. The book is about a metaphorical bird, and the story proves that freedom is never quite out of reach, no matter how imprisoned we feel.

“I think I always say the book is really about what freedom is, and I realized freedom is more about how we are feeling inside rather than a location,” Peykar said.

Peykar, a UCLA alumnus who graduated with a Psychology and History double major in 2014, is working toward his Master of Arts in Psychology. He said he has also started a program called Inter-Are Triangle to “bring one’s potential into a life purpose.”

“Inter-Are Triangle is a goal setting strategy where people choose three goals based on one vision and apply each goal to the formula which consists of three parts: information, activity and teaming up,” Peykar said.

Peykar said he was inspired to write the book after volunteering at Twin Towers Correctional Facility through a community outreach opportunity provided by his church. He encouraged inmates to use their talents, such as artwork, and talked them about their lives to form connections.

The first inmate Peykar met was only 19, which made it easy for Peykar to empathize with him because of their closeness in age. The 19-year-old received a life sentence for murder while driving under the influence of alcohol.

“I just imagined myself being in his place and realizing how many people are really suffering and I made a commitment to go every week,” Peykar said. “I would go every Saturday and meet with different inmates with different backgrounds, different religious beliefs or faiths.”

He connected with the inmates on a deeper level by talking about his personal faith in God and praying with them — no matter what religion they were. He said he realized many of them grew up without a father, and so they never really had a role model or someone that they could trust.

“I met this guy who was in a gang, who was on death row,” Peykar said. “He was mentioning when he was arrested that he did not know any other life, like he thought that was a right life to live.”

Peykar said he asked the inmates what talents they had, and realized many of the inmates were very good at drawing, writing poetry and playing music. While he talked to the inmates, they would draw and it became a routine. He would give them drawing assignments to complete by the next time he visited.

“They’re looking so much for an opportunity to prove that they’re good people, so when you provide them with such a chance, I think that gives them a great hope to really flourish,” Peykar said.

Peykar’s experiences at the jail also inspired him to start his non-profit organization, called Freedom in the Cage Foundation. It is meant “to inspire, heal and empower inmates through art therapy, leadership coaching and talent development,” Peykar said.

Peykar said his volunteer work made him realize how much art therapy helped the inmates. He realized that once inmates get out of jail, the world they enter is foreign to them.

“So I try to give them opportunities so they can learn something useful or live a purposeful life behind and beyond the bars,” Peykar said.

Peykar plans on donating copies of “The Bird From the Kingdom in Heaven” to inmates in Iran so they will have something to cling to in prison.

Peykar said he has always questioned what freedom means. He noticed some inmates were mentally free and at peace, even though they were physically imprisoned. Alternatively, he knows of people outside of jail who are not truly free.

“Many times, people cage themselves in their own beliefs or ideas,” Peykar said. “Hatred, for example, is a cage, or jealousy is a cage, comparison. All these things are like jails that people put themselves into.”

Peykar said freedom lies in the condition of our heart and in realizing that it starts with us, not other people or our circumstances.

“I think that freedom comes from realizing what the truth is, about ourselves, about our Creator, about life itself,” Peykar said. “So once we find that, we can be free from the things we have told ourselves, or the limits we put on ourselves — all those feelings that are not really in accordance with our true nature.”