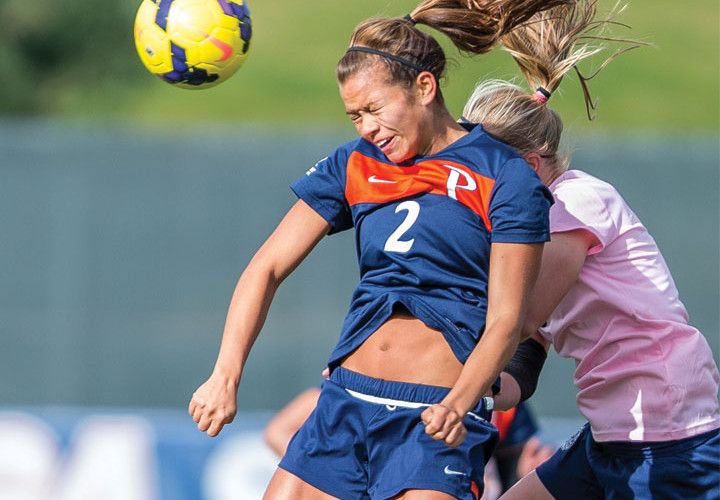 Photo Courtesy of Matt Weigand from The Gonzaga Bulletin

The No. 11 Waves soccer team returned home with a win and a tie in their final two away games of the regular season. On Oct. 24 women’s soccer defeated the Pilots 1-0 in Portland, an impressive victory over the 13-time WCC Champions.

The Waves overcame the Pilot’s goalkeeper De Haan’s 15 saves, with a shot by sophomore forward Kristen Rodriguez that gave the Waves the upper hand in the 53rd minute.

The win was no happenstance. The Waves out-shot the Pilots 25-9, with senior forward Lynn Williams shooting 9 on-target shots out of 11, the second-most in a game in school history.

“I believe our greatest strength is just having every single player being all in,” Williams said. “We all have the same common goal of being national champions, and I believe being on a team where everyone buys in to that goal is when you will be successful.”

Williams scored her team-high 11th goal of the season against Gonzaga in Spokane, Washington, on Oct. 26. She tied her career-high of 11 goals from last season and ranks 2nd in Pepperdine history for goals. Senior Ally Holtz assisted both goals scored over the weekend.

“Strengths of this year’s team would have to include our senior leadership … a wonderful and talented group of diverse yet united individuals,” Head Coach Tim Ward said. “They have been some of the best role models our program has ever had. In addition, this team has a fighting spirit that never gives up. We’ve been up against it quite a bit this fall, but have found ways to battle, compete and get it done for the university.”

The Waves are on track for a promising postseason with a 13-2-3 record overall and 4-2-1 conference record to date. The 2014 squad is currently second in Pepperdine history behind the 2002 team that ranked No. 5 in the country and competed in the Sweet 16 of the NCAA Tournament.

“I’m just looking forward to building upon what we have already achieved and growing with this team,” Williams said. “These girls are some of my best friends, and I can’t wait to see what the rest of this season, and hopefully postseason, has in store for us.”

Catch the Waves take on the Loyola Marymount Lions at home, 1 p.m. on Sunday, Nov. 2 for the PCH Cup game. It will be the penultimate conference game before the Waves make a run for a record-breaking postseason. 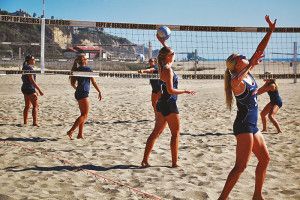 Photos by Allison Hubbard Pepperdine is building a legacy on sand. The women’s sand volleyball team has won two AVCA...
Copyright 2018 Pepperdine Graphic
Back to top