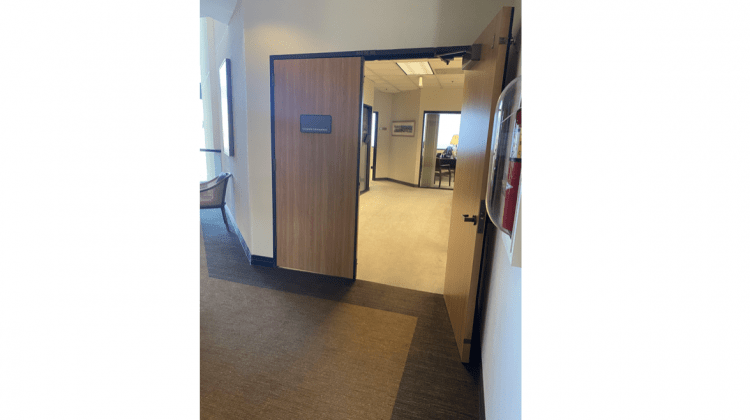 Students and faculty familiar with the University may have noticed something different during the month of March, namely, the absence of Give 2 Pepp — Pepperdine’s annual giving day.

Beginning in 2016, Give 2 Pepp is a University wide event in which students, faculty and alumni donate money to various Pepperdine programs. In March 2020, COVID-19 and the Malibu campus closure cut Give 2 Pepp short. In March 2021, Pepperdine hosted a virtual Give 2 Pepp, where — for the first time — students did not lead the giving.

The COVID-19 pandemic created both a necessity and opportunity for the University to reevaluate giving, and build back engagement for students, such as this year’s first-year and sophomore classes who have never been on campus for an in-person giving day, Director of Appeals Liam Iadicicco said.

“There’s a whole different strategic approach that’s bolted on and it’s part of why we’re reconsidering things like the Engagement Center, that’s no longer Waves On Call,” Iadicicco said. “’How are we actually engaging our population?’ I mean, it really is the question that we’re asking ourselves, as well as ‘How do you properly engage a student who’s brand new on campus who’s actually a sophomore?’”

As Pepperdine returns to in-person operations, Iadicicco said the Advancement Center — the division of Pepperdine responsible for procuring funding — has a chance to look at how annual giving days and alumni engagement will work in the future.

“There will be an exciting announcement regarding our annual day of giving within the month,” said Rebecca Malzahn, vice chancellor for Development

Changes for the annual day of giving include stronger messaging — such as introducing students to advancement during New Student Orientation — and intertwining it with a day of volunteering, said David Johnson, vice chancellor of Engagement and Mass Appeals.

“Because it’s time, talent, treasure — they shouldn’t be bifurcated,” Johnson said. “We are a giving culture, we change the world together. Therefore, there will be that time.”

Volunteer service will be far reaching, Johnson said, affecting campus, the greater Malibu and LA areas and cities across the United States.

“This new administration has a whole new focus on engaging our local communities, our domestic communities and our international communities,” Malzahn said. “And in partnership with the new academic, strategic vision that Tim Perrin and his office put out, we’re going to be launching a public campaign in the next couple years.”

Johnson said he sees Advancement as having three dimensions: Gifts, mechanisms and schools. As Advancement officials navigate these dimensions, they utilize the information gained over the past year to tailor their asks to specific groups.

The first dimension is the gifts people give, Johnson said, grouped into levels depending on the dollar amount donors allotted to the University. Donors are organized into tiers based on pledged amounts.

This infographic showcases the four tiers of gift-giving which Advancement uses when determining how to approach each donor. Director of Appeals Liam Iadicicco said the annual fund relies more on mass appeals, whereas the individual fundraiser approach principal donors — creating a more one-on-one relationship. Graphic by Samantha Torre

The majority of graduate students do not live on campus and are not tied to Pepperdine in the way Seaver students are, Johnson said. Due to this, there’s a different approach when asking them to give as students and later as alumni.

“It’s asking them questions and then listening — if they have had a really unfortunate experience — and sort of being a friend on the phone as you’re talking to these people,” Malzahn said. “But, you have to get the experiences, the professors, the classes that are most meaningful to these individuals and be able to craft your message around those positive experiences instead of ‘We’ve been on Zoom for two years.’”

Heidi Bernard, executive director of Crest Associates said Crest works with donors who give $1,000 or more to the University. Bernard said the associates who donated through COVID-19 increased their sense of appreciation for the University community.

“Many of these people I have known for years,” Bernard said. “So just caring about them as an individual, and saying, ‘We’d love to see you and we’d love your support. But how are you doing?’”

Malzahn said when she sits down with a higher-tier donor, she tries to determine what their goal is in terms of their personal philanthropy — and how she can link that to the graduate schools at Pepperdine.

The second dimension is the mechanisms the Advancement center uses to encourage donors to give, Johnson said. Mechanisms include email solicitations, social media and the recently renamed Engagement Center.

“The reason we call that is we don’t want to just call alumni to give, we want alumni to be engaged,” Johnson said.

While the number of donors who give to the school helps improve Pepperdine’s rankings, Johnson said there is a focus on building a relationship with donors.

“Our alumni engage the University through leadership in many different capacities, not just boards and councils,” Johnson said. “We engage through service every year and volunteerism, that’s where we create family.”

In terms of annual giving, Iadicicco said mass appeals do not have the same luxury as higher giving levels in terms of one-on-one conversation.

“A lot of the time we’re actually starting with the deans,” Iadicicco said. “We’re going into the deans or maybe the major giving officer at that certain school, and we’re starting with their strategic priorities and we’re saying, ‘What are the key areas of your school that you’re really excited about focusing on? Where things are happening?’ And that way, [we] hopefully can touch a certain area for a lot [of people].”

One example of this tailoring is the Graduate School for Education and Psychology— as the West LA campus is removed from the main Malibu operations, Iadcicco said. The campus will have its own representatives, signage and memorabilia.

The third dimension, Johnson said, is the five schools which both receive funding and set the tone for where funding is needed.

An example of a program that funding benefits is the Horizon Scholars Program. Johnson said of the 23 students involved in the program, 20 were members of one of Pepperdine’s graduate schools.

Marisa Sellers, executive director of Donor Relations, said the Horizon Scholars Program provides scholarships to students who were in the foster system.

“They need to have education, you know, to do their education or Pepperdine, it’s amazing,” Sellers said. “They all have really amazing stories and such perseverance, and it’s just incredible to see them have an opportunity that they might not already.”