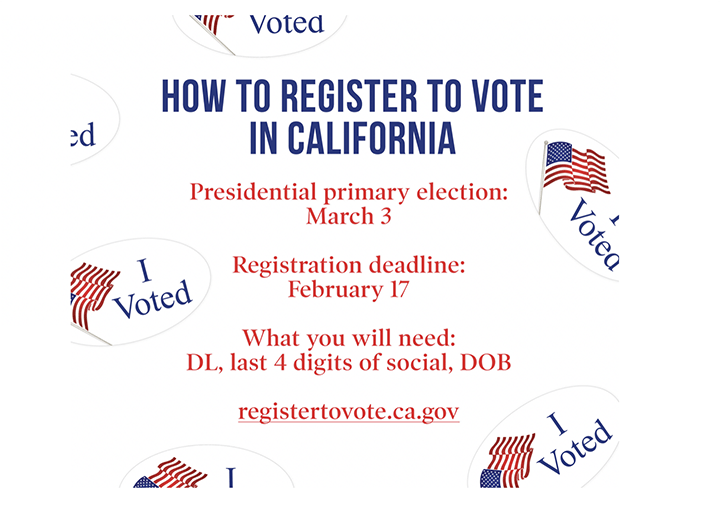 As the 2020 elections loom ahead, Pepperdine students ponder the decision of which candidate to vote for.

The California Presidential Primary election will be March 3, and the national general election will be Nov. 3. The voting rate for U.S. college students more than doubled for the 2018 midterm elections at 40%, compared to 19% in 2014, according to the National Study of Learning, Voting and Engagement (NSLVE).

Of 10 student interviews, all said they had plans to vote in the general election.

“Right now, I’m going back and forth between a few Democratic candidates,” senior Keanna Byrnes said. “But for the most part, I’m down to a few.”

Byrnes said her final decision will be between Bernie Sanders and Elizabeth Warren.

Sanders was the runner up to Hillary Clinton in the 2016 Democratic presidential primary and is well known for his “Medicare for all” plan, according to The New York Times. Warren was elected to the Senate in 2012, and her policy plans include creating a wealth tax, canceling student loan debt and breaking up large technology corporations.

“I am kind of between candidates right now, but I am mostly leaning toward Warren,” senior Isabella Lott said.

Senior Cameron Meek said she will not vote for Sanders because she believes he will not win the popular vote.

Meek said she intends to vote for Joe Biden, who she believes will win the popular vote.

Biden is a former Delaware senator and the 47th vice president of the U.S. under the Obama administration. Biden passed the Affordable Care Act during his time as vice president.

Senior Natalie Bishop agreed with Meek’s sentiment to vote for the candidate with the popular vote.

“I don’t think I’ll be going for Bernie,” Bishop said. “He has had his shot, and a lot of young people are voting for him because his propaganda is like, ‘I’m a socialist,’ and that’s just not really realistic.”

Marissa Moore said she will most likely vote for a Democratic candidate in the general election.

“I really don’t want [Trump] to win again,” Moore said. “But I also don’t want to give my vote to somebody who I don’t align with.”

Junior Will Blum said he plans to be an entrepreneur in the future and intends to vote for Donald Trump.

“I agree with his views on the economy, which I think is the most important thing,” Blum said. “I agree with being as capitalist as possible.”

Senior Aubrey Stanchak said she will be voting for the candidate whose policies she most agrees with.

“It’d be good to say [early poll results will influence my decision], but I think you have your opinions and kind of stick with them once you’ve made your decision,” Stanchak said. “Personally, I’d rather have someone who I feel like I believe in than someone who I know is gonna win the majority.”

International Student and junior Ata Ayna said the voting system in the U.S. is more complex than in his home country of Turkey.

“I think there’s too much going on here compared to my country,” Ayna said. “But it’s a good representation of democracy.”

Ayna said he values equality in a political candidate.

“I just want whoever’s going to win to keep me in the States, first of all, but at the same time to treat us equally, and if they can keep the Constitution the same, it would be ideal,” Ayna said.

Of nine interviews, three students said they find difficulty in discussing politics with their peers during the beginning of the election season.

“My friends don’t like to talk about it — because everyone’s just stressed and annoyed — which I get,” Meek said. “That seems to be the general consensus. But I think for me, I just stay up to date with news through Twitter and Bloomberg.”