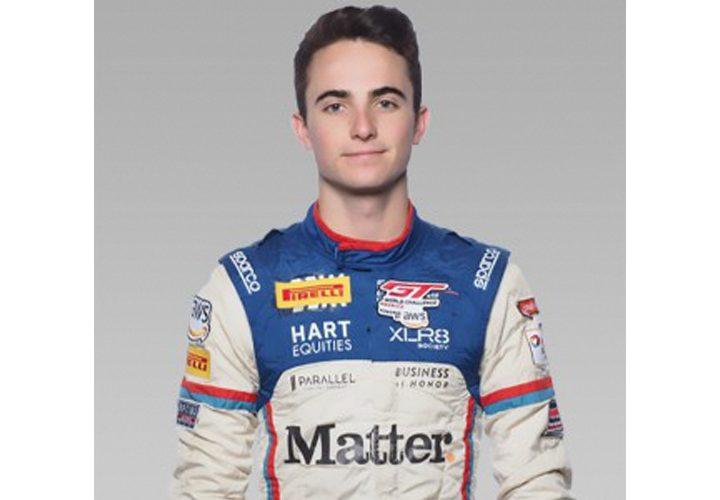 Senior Max Root poses for a headshot in his racing attire. Root, who has professionally driven for six years, drove for 10 of the 24 hours in France’s 24 Hours of Le Mans race Saturday and Sunday.

Senior Max Root made his dream a reality at just 15 years old, becoming one of the youngest professional race car drivers of his time.

Root said his road to racing began not in a car but on a motorcycle. His father and uncle introduced him to motorcycle racing when he was 5 years old, and he quickly developed a love for the adrenaline rush.

“It was kind of like a rite of passage in my family to get on a bike,” Root said. “And I immediately loved it and had a passion for it.”

Root said racing dirt bikes for eight years gave him opportunities he otherwise wouldn’t have had, including his introduction to race car driving.

“In my early teens, I had the opportunity to drive a race car for the first time,” Root said. “Immediately, there was a lot of speed and talent there, so that was kind of a career changer.”

Since then, Root has competed in numerous races, including the 24 Hours of Le Mans that took place in Le Mans, France, on Sept. 19-20. He, along with Jan Magnussen and Richard Heistand, comprised the JMW Motorsport team. Together, they drove a Ferrari GTE EVO, earning them 30th place out of 59. Magnussen, 47, is a veteran Danish racer and Heistand, 37, is an American racer.

The 24 Hours of Le Mans started in 1928 and is the world’s oldest active sports car race. The car that travels the greatest distance in 24 hours is deemed the winner.

Root said his weekend was filled with several firsts, from meeting his team to driving a Ferrari. 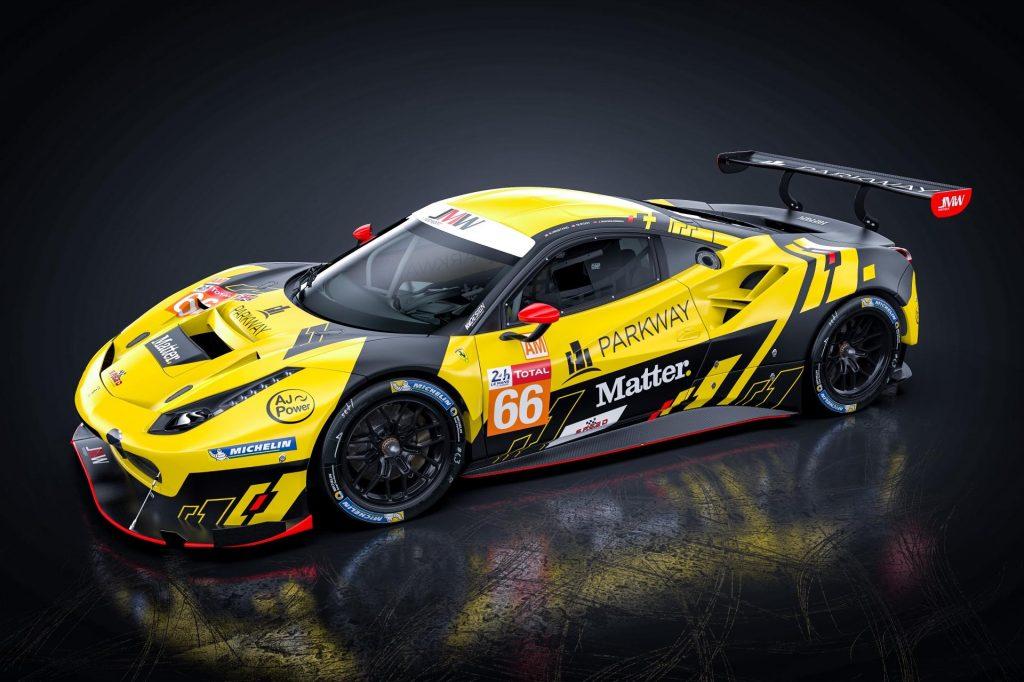 Root and two teammates make up the JMW Motorsport team, which raced in a Ferrari GTE EVO at the 24 Hours of Le Mans. The team drove 335 laps, 52 behind the winning team, with a best speed of 208.5 mph.

Root said while the experience was daunting, he relied on his pre-race preparations to carry him throughout his 10 hours of driving.

“You’re put in a car, and immediately you have to go out to do 200 miles an hour on a straightaway; you have cars passing you at 220 miles an hour,” Root said, “It’s dark at night, you can’t really see a lot and you really have to drive off of your raw talent and natural instinct.”

Root said racing takes a physical toll on his body, pushing him to his limit. Because of this, he spent two months racing on a mock simulator as well as actively going to the gym to stay in peak physical shape.

“On one side of things, it gave me more time to focus on my training and all my simulator work,” Root said. “So I would say it was a big positive, but it definitely took a toll on just overall preparation because we stopped racing completely for those three months.”

While Root raced for 10 of the 24 hours, he said he was able to maintain his momentum by driving for a couple of hours and then taking an hour to sleep, eat and readjust over the course of the day and night.

“I’m a very goal-focused person,” Root said. “So when I have a goal set, I stick to it. I pushed myself to achieve that goal.”

Root had a quick turnaround, landing in the U.S. mere hours after the race had ended. He said exhaustion prohibited him from taking in the gravity of his feat once crossing the finish line, but after some sleep and a warm meal, he was able to reflect on his experience.

“I definitely want to continue on the path I’m on, competing at the highest level of the world,” Root said. “Le Mans is the biggest race in the world, so I was able to put myself on the global scale and to really push myself.”

Root said he has no intentions of stopping here; he hopes to continue his racing career with Porsche beyond graduation — as long as his body will allow.

“You know, I definitely want to pursue racing until it’s a closed door,” Root said. “There’s only a certain window when you’re competitive physically. Being such a high demanding sport, I do believe I want to compete as long as I can.”

Driven in both his education and racing career, Root said finding the time to balance classes, racing and extracurriculars can be difficult at times.

“Some professors have worked with me and some professors I’ve definitely struggled with more,” Root said. “I’ve had to put in extra hours where instead of doing things I’d like to, it’s been me reading on planes and reading when I have time and everything of that nature. But I’ve wanted to pursue both, and so I made it a point to do that.”

Along with racing, Root said he aspires to use his degree in Business Administration to build a career in commercial real estate and development.

“I plan to pursue after school some form of job in real estate development, where I can kind of employ all the lessons learned at Pepperdine as well as lessons from internships and previous experiences to create environments where people can work, play, be happy, enjoy life, everything of that sort,” Root said.

Root said to take up race car driving, one must be extremely motivated.

“With any professional sports career, you have to be extremely dedicated and get a little lucky as far as to actually have a career in those fields,” Root said. “I would just say for anyone interested to push themselves as hard as they can because when you set your mind to something, you never know what’s possible.”

Root will compete in the 2020 Acura Sports Car Challenge at Mid Ohio from Sept. 25-27 and the Indianapolis Motor Speedway on Oct. 2. 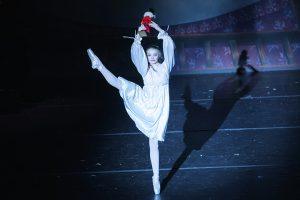 Math major Sophia Douville performs the role of Clara in the University of Wyoming's production of "The Nutcracker" in December...
Copyright 2013 Jupiter Premium Magazine Theme
Back to top