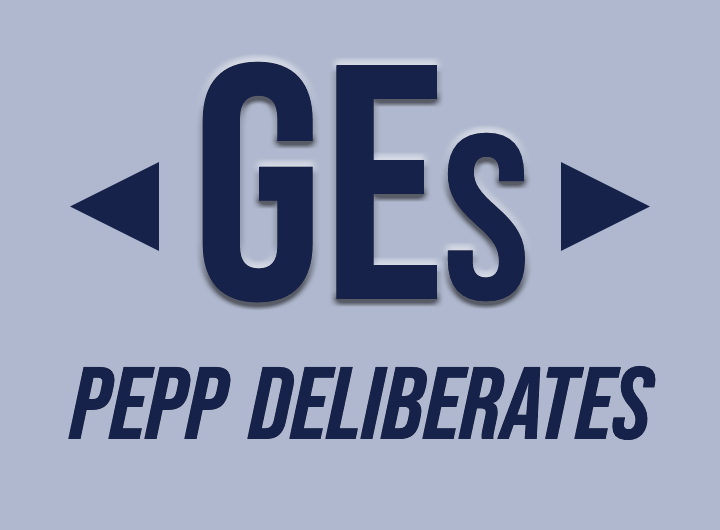 Potential reforms to the General Education curriculum are on the horizon at Pepperdine. After five years of discussions within the University, the GE Review Committee will come together to debate and finalize the proposed changes this year.

The GE curriculum at Pepperdine looks almost identical to the curriculum 35 years ago, said Paul Begin, associate dean of Curriculum and General Education.

With examples of how other universities have improved their core curriculum, calls from Pepperdine students and faculty for change intensify — prompting the University to take action toward making the student experience more well-rounded and inclusive with three goals in mind, Begin said.

“One, although it’s important to have a big GE at a school that’s liberal arts college, we think it’s a little too big at this point,” Begin said. “Two is to give students more choice, so to have it be less prescriptive and more of students choosing the type of knowledge they want to acquire with some parameters around it. Three is to address diversity in a way that is more meaningful than we’re currently doing it.”

In 2001, Pepperdine removed physical education from GE requirements and added a two-unit Fine Arts course instead. This was the only change to GEs since 1986, and Begin said a core curriculum transformation is overdue.

In creating a final pitch, Begin said the GERC received and analyzed faculty input. Virtually no one, he said, believed the curriculum should stay the same — in fact, the majority agreed that “modest” or “substantial changes” were necessary to provide students with a top-level education.

Tuan Hoang, Great Books professor and GERC member, and Begin both said, with the proposal, Seaver College would require fewer GE courses. They said their hope is for students to use the extra time in their schedule to explore other passions.

“The idea behind it is, even if you wouldn’t take another major or minor, the thematic categories can help you create a track of your own interests,” Hoang said. “There is more coherence about the contents of your choosing.”

Begin said there are five targets the GERC intends to address: reading and writing, scientific and quantitative reasoning, problem solving through critical thinking, diversity and religion.

“Foundations” is 21 units of essential classes — some relate to Pepperdine’s Christian mission — and includes two new courses called Foundations of Knowledge and Enduring Questions. Begin hopes faculty from different divisions can step out of their field to teach GEs in this category, he said.

“Connections” is 30 to 40 units students pick, which can also fit into one of the two themes the GERC laid out course lists for — Social Justice or Religion and Society. Requirements would include a class from each of these course categories: Human Experience, Language and Culture, U.S. Experience, Global Experience, Fine Arts, Laboratory Science and Quantitative Reasoning. One of the classes in these categories must meet the diversity requirement.

“Skills” is 0.5 to 2 units that move students closer to real-world proficiency, with courses such as Career Preparation and Inclusive Leadership.

Under the newly proposed core curriculum, there would no longer be a Humanities requirement or first-year seminar, and REL 301 would become an integrative capstone course. In addition, rather than 63 to 74 GE units, there would only be 51 to 61 units required.

There have been mixed feedback from faculty on the proposed changes, Begin said. Although most of what he hears is positive, he said it is hard to ignore dissatisfaction with the proposal.

“I don’t know what the truth is — if it’s more that those who do not like it are really just the loudest people or if we really need to go back and work on it,” Begin said.

Psychology Professor Tomas Martinez said he has advocated for several years for GEs to teach more diversity. As GE evaluations expanded to encompass changing the core curriculum as a whole, Martinez said it took attention away from details of a “diversity requirement.”

Cultural awareness, cultural sensitivity and learning to work with people from different backgrounds all lead to cultural competency, Martinez said. These elements are essential to what a diversity course should fulfill, he said.

“I teach a cross-cultural class, and I am shocked at how little our students know about the cultural history of different groups represented in my class,” Martinez said.

When considering dropping the Humanities GE requirement and the impact on student experience, Hoang — who taught HUM 111 — said he is all for it.

“In whatever form it will take eventually, the Seaver Core would still address some of the positive things about learning about the humanities without using the term ‘humanities,’” Hoang said.

For Humanities and Great Books courses, Hoang said he expects to see diversity added into the existing layouts.

For first-year students beginning the fall 2021 semester, Pepperdine incorporated a cultural competency requirement — but did not add new courses — into the curriculum beginning this semester, Begin said. The chosen class must fulfill three of five goals, including learning to value diversity, establishing an understanding of one’s own cultural identity and understanding how to use cultural competence in society.

The challenge, Begin said, is it is hard to find already existing classes that meet these goals. The skills students learn from the cultural competency course, however, should be beneficial no matter what career field they enter, Begin said.

“That’s basically saying, if you take one of these classes, you can walk into where you’re working and be the person to say, ‘We have this inequity in our office and here’s how we need to address it,'” Begin said.

Begin said this requirement shows Pepperdine’s dedication to listening to students’ needs, but he is unsure that existing classes will truly teach diversity. The proposed new GE curriculum, Begin said, would be a more definite way to ensure students are learning diversity.

When it comes to the creation of a new GE diversity requirement or reshuffling of course requirements, local schools can provide a model for reorganization and implementation of core curriculum.

Loyola Marymount University updated its core curriculum in 2013, and Santa Clara University and the University of San Diego Loyola made changes in 2017 — all implementing a new diversity requirement.

LMU and SCU focus on diversity within the United States, with SCU emphasizing intersectionality in their courses.

SCU offers “Experiential Learning for Social Justice” and three “Cultures and Ideas” classes — in addition to the one required diversity course — for students to educate themselves on people who live different lives on both a local and international level, said Andrew Ishak, director of the Core Curriculum at Santa Clara University.

The social justice GE course at SCU brings students into the surrounding community where they engage with those who come from less-privileged backgrounds, Ishak said. When reflecting on the impact of the course, he said it prepares students to enter the world, not only as motivated workers in their field, but also as citizens who better understand those around them.

LMU teaches Studies in American Diversity which is part of the first phase of GEs, said Anthony Perron, director of University Core Curriculum at Loyola Marymount University. The class teaches about race, gender and class in the United States, and students take the course in their first or second year, Perron said.

“Every year we do a survey of students at different levels of the core just to get their perspective on what their experiences have been in the core,” Perron said. “They often report that the Studies in American diversity course they have found particularly important to them and enriching.”

When reimagining GEs at USD, the University reduced course requirements and instead focused on allowing expansion of interests for students.

“Sometimes it feels like an exploration is a distraction,” said Amanda Petersen, director of Core Curriculum at the University of San Diego. “I personally like to think that that’s actually the purpose of our education is to have that exploration.”

Petersen said USD continues to add new courses to the approved list as a result of a positive impact on students who are varying their course load — particularly through minoring in a different department from their major.

“Employers are really interested in that,” Petersen said. “It shows students have lots of breadth and they’re not just focused on one thing, and that they have applicable skills and ways of thinking that can help them in the workplace.“

All three schools incorporated student feedback into their core curriculum review, directors said. Petersen said USD even gave a student a vote on the committee.

“We always had a student representative, and we really wanted to honor their participation and engagement,” Petersen said. “So it felt like making them a voting member was a way to really honor that dedication.”