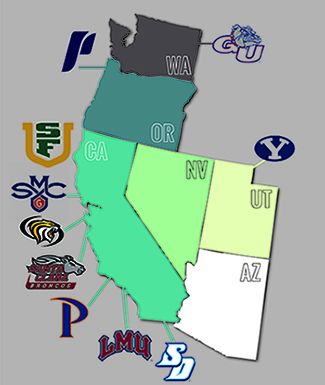 After leaving the WCC for the Big West in 1971, the University of the Pacific will rejoin the league it helped to found.

League competition increases for the upcoming season, as the Pacific will rejoin the WCC and make its mark as the tenth team in the conference behind BYU, a strong program added in 2011.

“The West Coast Conference will present a challenge every night during league play,” Pacific men’s basketball Head Coach Ron Verlin said. “Each team in the WCC will give us an opportunity to raise our game to another level, and that will be exciting.”

Pacific formally accepted the WCC’s invitation to join in March 2012. However, entering the conference will be more of a homecoming for Pacific rather than a new beginning.

“This is an important move for Pacific Athletics,” Vice President for External Relations and Athletics Dr. Ted Leland said in a statement. “We are looking forward to a high level of competition with this outstanding set of institutions. We have already seen an increased level of anticipation and excitement as we head into the 2013-14 school year.”

The school was one of five academic institutions involved in founding the California Basketball Association 61 years ago. Pepperdine entered the conference alongside LMU in 1955, and in 1956 the group was renamed the West Coast Conference.

Pacific left the WCC to join the Big West in 1971. Now, it returns to a group of private schools more similar to itself, ending the four decade-long hiatus. The University of Hawaii takes its spot in the Big West.

“We are pleased and excited to welcome back the University of the Pacific as the tenth member of the West Coast Conference,” Pepperdine Director of Athletics Steve Potts said in a statement. “They are an outstanding fit for the WCC as an independent institution with a strong academic reputation and rich athletic history.

“Geographically, they are an excellent fit and provide another strong market in northern California. Adding a tenth institution also helps to resolve some significant scheduling difficulties we faced with a nine team league.”

The schedule has been adjusted to accommodate the number of teams, according to the WCC website: “The race for the WCC regular season crown will be contested over a 10-week span and consist of a double round-robin format. Conference play is slated to begin on Saturday, Dec. 28, and will culminate on Mar. 1, 2014.”

Since BYU’s addition to the WCC two years ago, Pepperdine has an 8-10 record in league play against the program in soccer, tennis, basketball and volleyball. 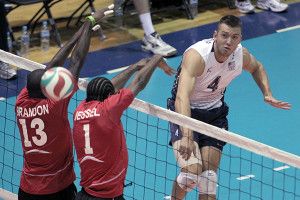 Photo Courtesy of Norceca Before junior Josh Taylor stepped on campus for the 2013-14 men’s volleyball season, he had made...
Copyright 2013 Jupiter Premium Magazine Theme
Back to top