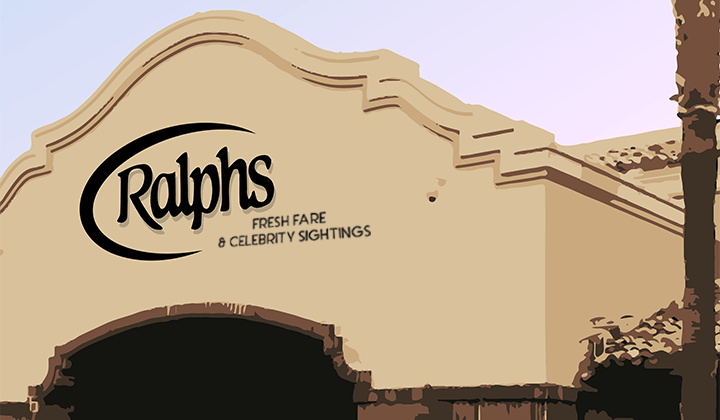 The average American college town is usually set behind the backdrop of bars that sprawl the downtown area, surrounded by large shopping precincts with a Target, a Taco Bell and maybe even a Tilly’s to top it off. However, the experiences of Waves differs from other schools on many levels — even when it comes to a Pepperdine student’s part-time job.

Pepperdine takes the cake in deviation from the job norm for students through its setting in one of the most expensive and exclusive cities in the nation: Malibu.

Acting as a getaway from the densely-packed, urban Los Angeles area, Malibu houses many of the rich and famous on its beautiful beaches and in the secluded hills of the Santa Monica Mountains. Stars like Kanye West, Lady Gaga and Adam Sandler — to name just a few— are neighbors to Pepperdine’s Malibu campus, and are regulars at many of the same places students frequent and work at.

Alongside it’s privacy and beautiful Pacific Coast scenery, the city of Malibu closes nearly all establishments early, including on weekends, in observation of city-wide quiet hours. Part-time student employees can enjoy working shifts between reasonable hours so they can successfully balance school, work and their personal lives. With so many perks at an arms length away, its no wonder why Malibu is an ideal location for a part-time job,

For student employees, the beloved Ralphs supermarket just down the street from the Malibu campus is a great place to work, seeing as you can get discounted groceries and potentially run into a famous personality or two doing their shopping.

The Malibu Colony Plaza, where Ralphs resides, is a shopping center that has been known to attract a plethora of stars, whether that’s at Ollo or Malibu Yogurt. Shops within the Colony are just 1.5 miles from Pepperdine and easily accessible for student workers in need of a job close to campus.

Blue Bottle Coffee in the Park at Cross Creek is like a magnet for celebs and students alike. In fact, just in the past year, a barista from the Malibu Blue Bottle made a viral TikTok, rating the celebrities who would come into their place of work.

Malibu might not have a Target or Forever 21 like most suburban settings, however, in return, it offers premier local shops, like that of Faherty, Surfing Cowboys and Bleusalt, which provide Malibu-esque clothing styles so customers are always beach-ready.

The coastal element of Malibu allows students to enjoy a work environment unlike any other.

“I like that it’s a more chill working environment than I’ve had anywhere else” Hockman said. “It’s super convenient working in the Country Mart since it’s just a 5-minute drive from campus and they work around my school schedule.”

Aside from the celebrity clientele, the Malibu Country Mart acts as a large employer for Pepperdine students due to its proximity to campus.

Sophomore Mariah Macias also works at Faherty and said working at a pricey clothing store in Malibu is incredibly rewarding as a college student because the company has a lot of benefits and it wants employees to model merchandise during their shifts.

“We’re given an employee gift card every month to spend on clothes in the store, alongside generous discounts on merchandise, which makes things affordable for us even as college students,” Macias said.

Sunlife Organics, a Malibu-based smoothie and açai bowl health store, hires many Malibu teens and Pepperdine students at both their Cross Creek and Point Dume locations.

Though items run anywhere from $11-20 on average, a perk of working with the company is getting free smoothies and shakes while on the clock. This allows for students to be able to eat healthy at little to no little-to-no cost while working and earning money.

Aviator Nation, while not just local to Malibu, is a staple in many students’ closets, and offers customers the ability to shop for a laid-back look just across from the Malibu Pier. Oftentimes, employees will get allotted store credit to rock AN gear on the job.

Going to college in an exclusive beach city in Southern California is a dream that few can imagine, yet Pepperdine students get to live that fantasy every day. Despite the constraints of working while also attending school, living in Malibu provides students with chic and exclusive employment opportunities that lie just outside their backyards.