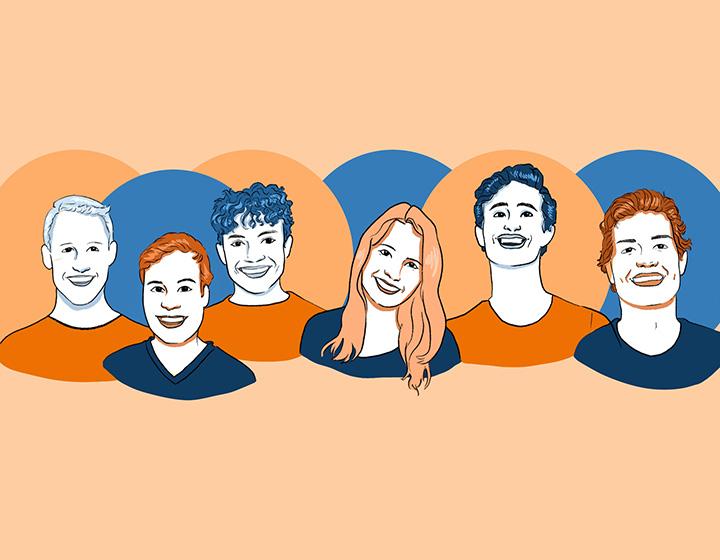 Events got even weirder in Week 5 of the NFL season, with COVID-19 and the injury bug wreaking havoc.

The NFL reshuffled its schedule after postponing the Broncos–Patriots matchup to Week 6 when several Patriots players tested positive for COVID-19. The schedule changes impacted 11 teams.

We actually did see a rare Tuesday night football game.

Assistant Sports Editor Paxton Ritchey and Staff Writer Austin Hall each gained a game in our picks standings, thanks in part to wins by Houston, Carolina and Miami.

Carolina’s win over Atlanta cemented the Falcons’ misery so much that Atlanta followed Houston’s lead and fired the head coach and general manager less than halfway through the season.

In other words, there were so many oddities that it was a normal week in the 2020 NFL season.

Week 6 features the possibility that the Giants get their first win of the season, the probability that the Jets and Falcons don’t, a third career matchup between quarterbacks Tom Brady and Aaron Rodgers and a pivotal AFC North clash.

“I don’t think it matters if [Patriots quarterback] Cam Newton is healthy. The Patriots are on a skid right now, and they’re by far superior. Playing at home — strange week or not, Cam or not — I like New England.” — Karl

The fire on the [interim Texans Head Coach] Romeo Crennel train hasn’t run out of coal just yet. The Titans looked great against the Bills, but I can’t shake the feeling that this matchup screams trap game. We don’t know how the Tuesday–Sunday lay-off is going to affect teams. It’s hard to call this game the biggest one of the Titans season, but it might be for the Texans, who still consider themselves a playoff-caliber roster. I like Houston to spring the upset. Also, Tennessee did all that stupid COVID stuff; they deserve to lose.” — Paxton

“The Titans absolutely showed the other undefeated team [Buffalo] who shall remain undefeated — so I will go with the Titans because the Texans are still falling apart even though they beat the Jags, which isn’t an ‘achievement.'” — Ali

“[The Browns] played extremely well against the Colts defense, which happens to be one of the best in the NFL. I think they’ve actually figured out that Baker Mayfield should not be the centerpiece of this offense. […] The Steelers, while they are undefeated, I don’t think are one of the best teams in the NFL.” — Justin

“I think the Steelers have a really good defensive front, and I don’t think that [Browns quarterback] Baker [Mayfield] is really experienced enough to handle a game where he faces significant pressure throughout the whole thing. Plus, this is a division rivalry the Steelers have owned for God knows how long, so I’m going to pick on the side of history.” — Kyle

“I think [Eagles quarterback] Carson Wentz is going to have some flashes, now that he has practice-squad receivers who he doesn’t have to argue about whether he’s a good quarterback with. But I think the Ravens are just going to dominate possession and control the clock and keep the Eagles offense off the field. [The Ravens are] not going to have too many empty possessions; there’s just no way to keep pace, unless you stop the run, so Ravens win.” — Paxton

“As much as I want to say the Football Team because [Washington quarterback] Kyle Allen did look good in his [season debut], there just wasn’t as big of a sample size yet. […] The two [Washington] quarterbacks got sacked a combined eight times, seven of them by two different guys, which is so crazy to me. While they’re not going to be up against that really at all with the Giants, the sample size for Kyle Allen is just not big enough for me yet. Even in a sort of blown loss by the Giants [in Dallas], they did look competent. I think this will be their first victory.” — Austin

“This game is not as close as it looks when it comes to the records. [Former Falcons Head Coach] Dan Quinn has been fired. We saw that firing your head coach worked out great for the Texans, mid-season, so it’s an interesting storyline, and I think it was a move that had to come at some point. But this game I don’t think is going to be close at all. […] The Vikings are as on track as you can be at 1–4, putting up a fight in Seattle and winning the previous week. [This is a] nightmare matchup for Atlanta because of how bad their secondary has looked and how good the Vikings receiving corps has been lately.” — Karl

“I think [Jags quarterback] Gardner [Minshew] plays the quarterback position like a poor man’s [Lions quarterback] Matthew Stafford, and that really says something. I hate [Lions Head Coach] Matt Patricia, but I do really like Stafford. Top-to-bottom, the Jaguars are pretty bad. I think the Lions are sleepers to go 8–8.” — Austin

“The Bengals are in a club you don’t want to be in: teams that have only beaten the Jets and/or Giants. Those teams include Bengals, Broncos and, surprisingly, the 49ers. I think Bengals might be the worst out of those teams, and I don’t see them beating the Colts.” — Kyle

“[Panthers Head Coach] Matt Rhule is officially a good coach. Three out of three without [injured running back] Christian McCaffrey — the Panthers are another walking representation of my sentiment to not pay a running back; I don’t care who it is. I think I’ve lost every single one of my Bears picks, which is infuriating, but I’m going to go with the Panthers. I like what I’ve seen. I don’t really know why. [Panthers quarterback] ‘Check-down Teddy-Two-Gloves’ Bridgewater is playing good enough. […] I still don’t like what I was seeing from the Bears as of recently. I know it’s a long season, but I’m going to go with Matt Rhule, my favorite motivational speaker.” — Austin

“Somehow the Panthers are still favored — they’re at home, but the spread and everything else loves to go against the Bears. Every ESPN ‘analyst’ picked the Bucs last week, but I still don’t think the Bears have reached their full potential in a game yet this year and put together four solid quarters. They got down last week and still managed to pull out a win. I think [Bears quarterback Nick] Foles will get a little better as we go. We’re pretty healthy right now. [Bears defensive] Khalil Mack was back and better than ever last week. He looked incredible, and I think the Bears will mix it up with defensive schemes to get after Bridgewater and stuff up that run.” — Karl

“I like the Packers to drop one here. They’re coming off a bye, which is good for them, but the Bucs are also coming off a long week and there’s a game or two every year where the Packers just don’t have it going. The Bucs have a pretty solid defense and I think it will bounce back. They have the advantage in the skill positions. […] I think the Bucs are going to be able to stuff up that Packers run game a little bit. With [wide receiver Chris] Godwin back [and the] Bucs at home, I think this is going to be a trap game for Green Bay. I’m going to go out on a limb and take Brady over Rodgers.” — Karl

“Somebody finally told him: [Buccaneers quarterback] Tom Brady is an old, old man. He can no longer count to four, which means he is not eligible to play in the National Football League. […] He will get absolutely demolished by the bad, bad man from Green Bay.” — Kyle

“[49ers quarterback] Jimmy G is definitely a top-15 quarterback in the league. He’s on the brink of top ten — let’s not kid ourselves here. […] [49ers Head Coach] Kyle Shanahan’s record is not very good when he doesn’t have Jimmy Garoppolo. When he has Jimmy Garoppolo, he has fewer than ten losses. They are coming off a week when they lost to God at football. [Rams quarterback] Jared Goff is no Ryan Fitzpatrick. The Rams are due for another loss.” — Justin

“I do not have faith in the 49ers. They have embarrassed me for the last time. […] They look like absolute poop, and that’s coming from a Giants fan. The fact that they only won in New Jersey? That’s basically gimmes.” — Ali

“Both teams will be motivated after a loss, so this could be a good one. Overall, I will take the precision and poise of [Chiefs quarterback] Patrick Mahomes if this game comes down to quarterbacks. Both these teams are for real, but Chiefs win.” — Paxton

“I really, really wanted to see [the Cowboys] let [quarterback Dak Prescott] walk, so Andy Dalton could come in and go 9–7 and take them to the playoffs instead of Dak. Then, when I saw him fumble his fourth snap, turn the ball over, and ruin my parlay — my thoughts changed real fast. [Dalton] is a competent quarterback […] I think the Cowboys could play an inspired quarter. They’ll be motivated, but their defense is still atrocious. […] The Cardinals have been playing really, really good, particularly in the second half. Without Dak, I don’t know that the Cowboys have as much of a second-half rally in them as they’ve had in the past.” — Austin