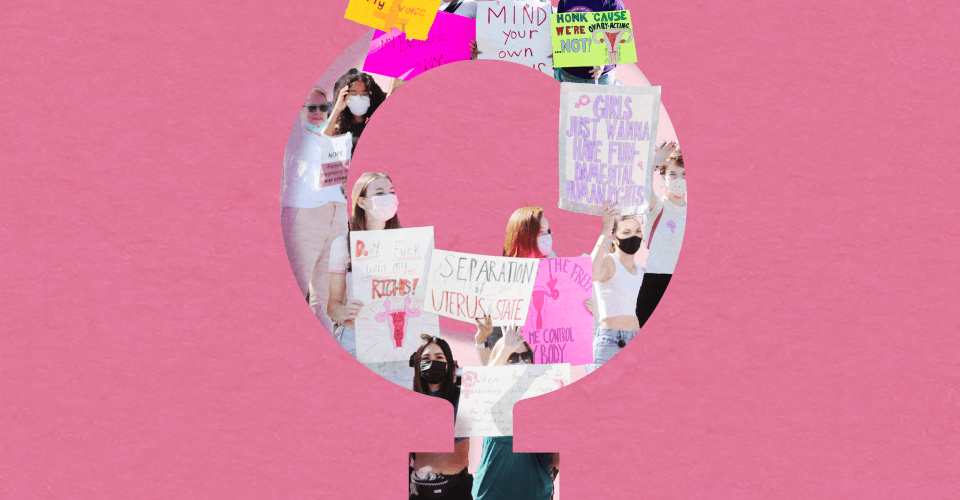 It’s a good thing that the 700,000 people who died from COVID-19 weren’t fetuses, or the Pepperdine College Republicans would’ve been outraged.

On Sept. 28, the Pepperdine College Republicans orchestrated a display on the Freedom Wall depicting a plethora of crosses. Specifically, there was one for every 100,000 abortions performed since the 1973 passing of Roe v. Wade.

Since its enactment into federal law, the legislation makes abortions safe and legal. As a result, the anti-abortion agenda began trying to halt this fundamental female reproductive right ever since. A woman’s reproductive health — as well as her access to safe, legal abortions — has no place in the same conversation as religion.

“I personally think this isn’t a political issue,” said Brandon Rudolph, Pepperdine alumni 2021 and Women’s March protester. “If you think abortion is wrong, then don’t get an abortion.”

The Freedom Wall establishes a safe space for respectful discourse on the premise that “the principle that speaking freely in a participatory democracy must be done with responsibility,” according to the Student Organization Handbook.

How is it responsible to publicly shame the millions of people who have had abortions that those crosses represent?

Freedom Wall regulations also state it is “a venue for individual members of the community to respectfully express themselves and may not be used by organizations for advertising.” Reports from the ICC show that the Pepperdine College Republicans did not violate the policy of the Freedom Wall as their display was not considered a club advertisement — a prohibited clause under Freedom Wall regulations.

However, the Student Handbook rules are confusing and should be revised, considering its explicit mentioning of the wall being for “individual members.” Groups should stop abusing what the Freedom Wall was intended for — individuals to voice their opinions and encourage respectful discourse and debate.

Seeing this as a display that directly attacks women’s reproductive rights, it is not a place for organizations to take up the entirety of the Freedom Wall.

The Freedom Wall display conveniently neglected to include how many of those abortions were performed as a result of incest, rape or the pregnant women being in no physical, mental or financial position to withstand full-term pregnancies.

Anti-abortion perspectives hyper-focus on the unborn and turn a blind eye to those who are living. One cannot be “pro-life” — anti-abortion — and actively neglect the children confined to the foster care system, the millions of people in our country without healthcare and the lack of quality education in schools.

What about the separation of families at the border and the children who are confined to cages because of it? It is with the consideration of these humanitarian issues in mind when it becomes hypocritically apparent that “pro-life” advocates are only advocates when it comes to the unborn.

Though the Republican-led propaganda display on the Freedom Wall may not represent the anti-abortion sentiments of every member of the club, it reflects a general position of the group.

The anti-abortion demonstration on the Freedom Wall was an excuse for the emboldened right-wing sector of campus to publicly shame the millions of abortions performed since the passing of Roe v. Wade and condemn the idea of abortion as a whole.

On a Christian campus like Pepperdine, one cannot ignore the religious implications intertwined with the pro-life display on the Freedom Wall. However, the basis of religion — specifically Christianity — being used to justify anti-abortion sentiments is only relevant to those who identify with a religion.

Perhaps in future Freedom Wall displays, the Pepperdine College Republicans can construct a “pro-life” visual that pays tribute to the relevancy of the nearly 700,000 lives lost due to COVID-19 — perhaps seven crosses, one for every 100,000 people who have died since the start of the pandemic.

The national discourse on abortion is intensifying in the recent weeks following Texas’ abortion bill SB 8 — the strictest piece of abortion legislation in the United States. With Texas Governor Greg Abbott’s passing of SB 8, women now only have a six-week window to have a safe, legal abortion — a time frame in which many women aren’t even aware they are pregnant.

This legislation further lacks the exemption of access to abortion care as a result of rape or incest. At a Sept. 7 press conference, Abbott responded to questioning about survivors having to potentially carry out full-term pregnancies specifically because the bill neglects these circumstances.

“Goal number one in the state of Texas is to eliminate rape so that no woman, no person will be a victim of rape,” Governor Abbott said.

How is one going to “eliminate” the crime of rape altogether? Texas leads the United States in total forcible rape cases and experienced 13,377 of them in 2020 alone — according to the 2020 Texas Crime Report.

Men should not be making decisions about women’s bodies and arguably should not have opinions on anything in the realm of female reproductive care either. In binary terms, most men will never experience pregnancy or even begin to conceptualize the burden it can bear if one is not mentally, physically or financially prepared to bring a child into the world.

On Saturday, Oct. 2 — at the intersection of PCH and Webb Way — Pepperdine alumna 2021 Sydney Griffith orchestrated the annual Sister March in Malibu.

“The main thing for me with any issue, but including women’s rights and abortion rights, is the importance of people doing their research and not just researching things that are already geared towards what they already believe in, but true, unbiased sources of information,” Griffith said.

The demonstration drew a variety of participants, including Pepperdine students, alumni and locals alike — all coming to the defense of reproductive justice.

“I think that unfortunately there’s just so much misinformation about issues, abortion included, so I really stress for people who support it and who don’t, to understand,” Griffith said.

With the Sister March only days after the Freedom Wall incident, it is no wonder why the protest attracted such a large, diverse crowd.

“It was almost perfect timing because the protest is today,” said first-year Lydia Wolford. “Then people could be not only coming to support that [reproductive rights] from the start but then coming to support it from seeing the stuff on the Freedom Wall.”

The position of being anti-abortion, particularly among men, has become a seemingly justified excuse to wrongly intervene and control what child-bearing people can do. It’s simple — no uterus, no opinion.

“We’re here for the rape victims who get pregnant, who are being forced to carry that child full term then look at that face for the rest of their life — the face of their attacker,” said Christy Catlin protest-attendee and Woodland Hills resident.

Anti-abortion does not allow one to throw judgment on a woman who has chosen to have an abortion. What each of those crosses on the Freedom Wall display failed to represent is the unique circumstance behind why each of those abortions had to happen — stories that are meant to be understood and reasoned by no one outside of the women who made those decisions.

“Women who are being forced to carry a full-term baby who doesn’t have a brain or a heart, or that’s stuck in the fallopian tube, they are not allowed under Texas law to have an abortion,” Catlin said. “That’s archaic, that’s draconian, and that’s what we’re out here for.”

Spouting religious dogma to justify and shame others isn’t the most effective way to speak about this issue. The Freedom Wall and the Women’s March are a good start to sparking a conversation and curating healthy discourse so that everyone can fully understand the complexity of this issue.

“It’s not that black and white, and I do think if we’re able to sit down and have a conversation, we’ll find that we have so much more in common than not,” Catlin said. “So we’re not enemies, you know, we’re all in this together.”

Stop hiding behind the veil of religion to justify your intolerance and make oppressiveness more palatable. The pro-life agenda should not merely be confined to the lives of the unborn but additionally to those who are living. 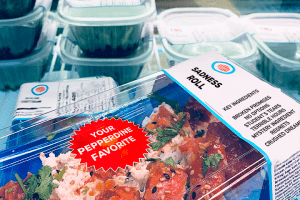 Photo illustration by Samantha Miller Is it a horror movie, or Pepperdine’s dining services? The correct answer is both. Pepperdine...
Copyright 2013 Jupiter Premium Magazine Theme
Back to top