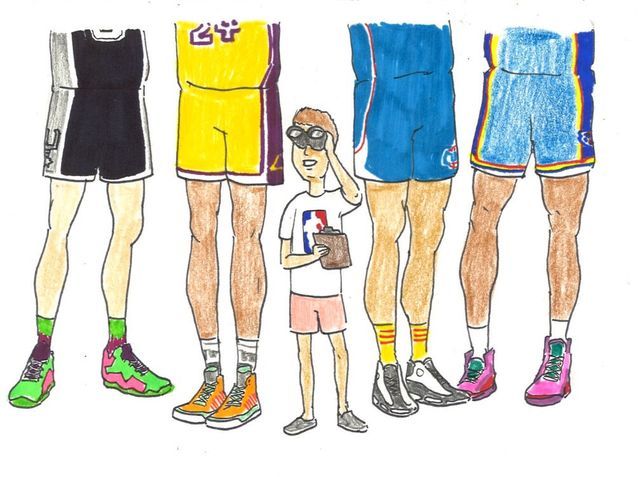 With all the offseason drama surrounding the NBA’s Western Conference over the past few months, it is finally time to evaluate how everything shook out for the 2016-17 season.

Gone are legendary icons of the past 20 years (Kobe Bryant, Tim Duncan and Kevin Garnett). Here are young stars looking to take the reins for the next 20.

From the final second of the NBA Finals when the Cleveland Cavaliers clinch the city’s first NBA championship to the draft and now to the start of training camp, the offseason saw a lot of player movement and transactions over the course of five months. From the fireworks of Kevin Durant’s migration from Oklahoma City to the Bay Area to the underrated addition of Pau Gasol to the San Antonio Spurs, this season will present a lot of interesting storylines.

Here are my predictions for each team and how will they will fare during the season:

Does this come as any surprise? Adding one of the best current players in the league will definitely do a lot of good for a team that will be looking to lock up their third consecutive Western Conference championship.

However, the journey won’t be smooth sailing. With four All-Star players (and now two MVP-level players) on the same team, it will be a dogfight for possession of the ball. With Stephen Curry, Klay Thompson, Draymond Green and now Kevin Durant (you can also throw in Andre Iguodala), there is still only one ball on the court for them to share. The players will figure out how to play with one another, but the start of the season will be a big challenge for the Western Conference favorites.

Tim Duncan finally retired this summer, ending almost 20 years with the organization. Despite the loss, the Spurs will still be the Spurs. The team has done a solid job of reloading the roster over the past few years, as they went out to get LaMarcus Aldridge last summer and added veteran forward Pau Gasol to take over the starting center position. Other than Duncan’s departure, the Spurs roster looks about the same with Kawhi Leonard, Aldridge, Tony Parker and Manu Ginobili. Frontcourt depth will be an issue, but the addition of Dewayne Dedmon should alleviate the need.

Injuries hurt the Grizzlies last season, as starters Marc Gasol and Mike Conley both suffered extended time off the court, but Memphis still managed to capture the seventh seed in the playoffs. This season, the team enters with a roster that is finally healthy and has added much needed shooting. They re-signed Conley to an expensive deal, but also added wingman scorer Chandler Parsons from Dallas through free agency. Of course, the Grizzlies core has aged another year, but with a healthy and talented roster, Memphis will surprise a lot of NBA fans and experts.

After striking out in the Kevin Durant sweepstakes this summer, the Clippers decided to throw their money at Wesley Johnson, Austin Rivers and reigning Sixth Man of the Year Jamal Crawford. However, despite a similar roster to last season, expectations have increased on the Clippers team, especially with the rise of superstar DeAndre Jordan. With looming questions of bench depth that have yet to be addressed, the clock is ticking for Los Angeles. This season may be the last hurrah of the Chris Paul-Blake Griffin-DeAndre Jordan trio, as Paul and Griffin will become free agents following the season’s end.

The Trail Blazers are hoping that money talks this season after committing more than $500 million to role players during the offseason. Portland certainly surprised everyone last season by claiming a playoff spot behind stars Damian Lillard and C.J. McCollum en route to a first-round series victory over the Los Angeles Clippers before losing to the Golden State Warriors. The Blazers roster is young enough to steadily improve internally, but expect Portland to be one of the big risers in the Western Conference in the upcoming seasons.

The Timberwolves haven’t made the playoffs since Kevin Garnett’s MVP season back in 2004. However, this could finally be the year for Minnesota, who have some of the league’s best young players in Karl-Anthony Towns, Andrew Wiggins, Zach Lavine and rookie Kris Dunn. With all eyes on this young Timberwolves team, the biggest addition may be on the sidelines, as the Wolves hired Tom Thibodeau as their head coach. He has been known to be one of the best development and defensive coaches in the league. After over a decade in the lottery, this is the make-or-break season for the young Timberwolves to make the playoffs.

Compared to the past few summers, the Mavericks had a quiet yet solid offseason. Despite losing two starters and three rotation players, Dallas added two key defensive players in Harrison Barnes and Andrew Bogut to the roster. With an aging Dirk Nowitzki, who has proven he can still perform at a high level, the Mavericks will look to send off the 19-year-veteran with another ring. It will be a tough challenge as most teams in the conference got better, but the Mavericks have a great blend of veterans and youngsters under coaching mastermind Rick Carlisle.

Durant’s departure left a huge hole in Oklahoma City, but the city still has All-Star Russell Westbrook. Despite losing two key players from the team that made the 2012 NBA Finals (Kevin Durant and Serge Ibaka), the Thunder did add youth to the team, trading for Victor Oladipo and rookie Domantas Sabonis to add to a young core of Enes Kanter, Cameron Payne, Andre Roberson and Steven Adams. With Westbrook’s play over the last few seasons, expect Oklahoma City to make the playoffs, but the loss of Durant will hurt the Thunder against the league’s elite teams.