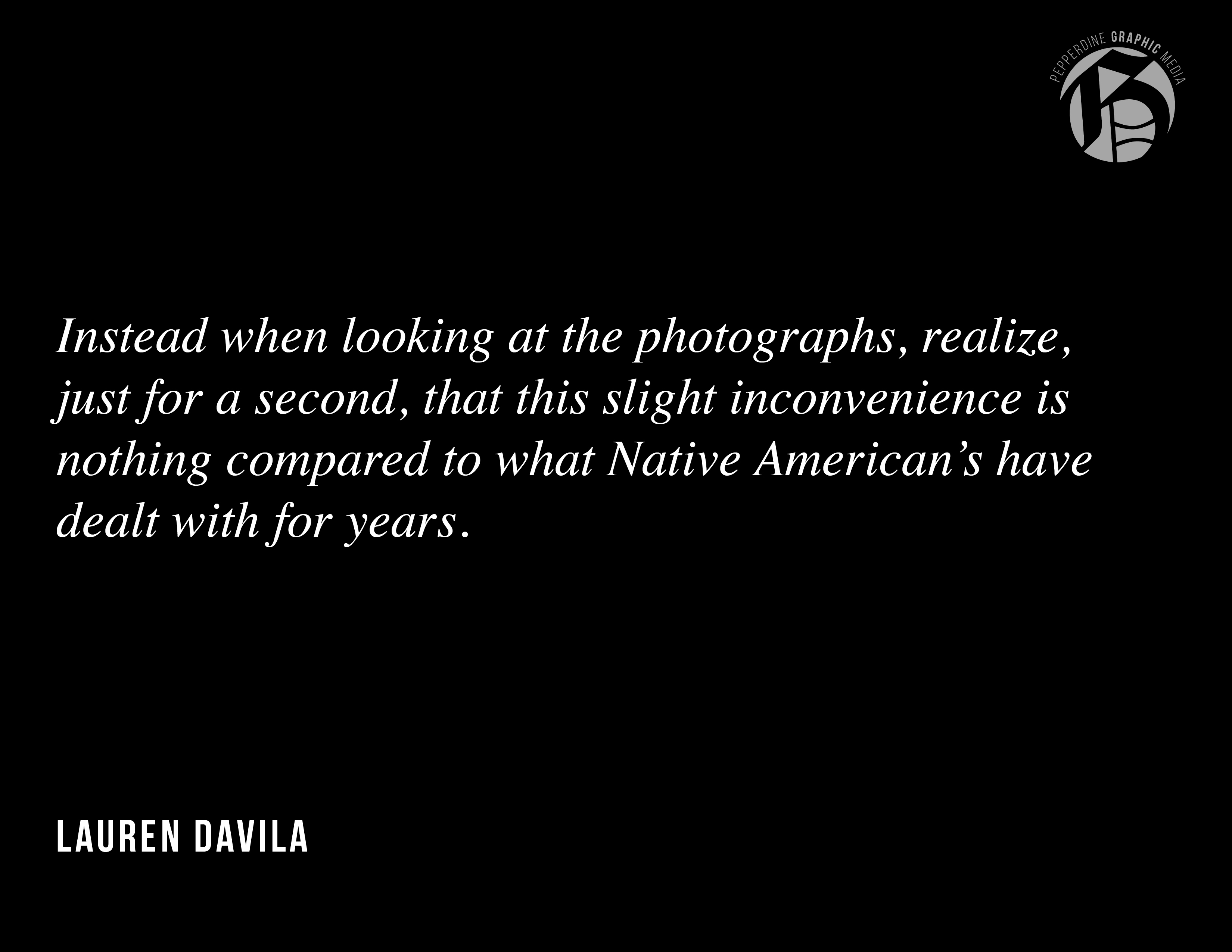 I was standing in line at the Starbucks/sushi place in the Caf this week, waiting to place the order for my venti iced coffee, when I heard something that made my blood boil.

Two women were standing behind me, and I couldn’t help but overhear their conversation regarding the newly installed art exhibit in the Caf. This collection of photographs, “Seeds of Culture: The Portraits and Voices of Native American Women,” by photographer Matika Wilbur, was installed March 6 as a response to the wooden mural being taken down.

One girl remarked to the other that she couldn’t believe Pepperdine got rid of seats to put up the exhibit, which was an eyesore at best.

I grabbed my coffee and walked away, not saying anything even though I should have.

As a Hispanic woman with Apache blood running through my veins, this exhibit is personal to me. The stories of the courageous women breaking boundaries, social stigmas, and traditional feminine roles are plastered across a temporary wall for one month.

For one month, the Pepperdine community will have to be without the fireplace and the half-booths where students often do work. For one month, many of us have been taken out of our comfort zone.

But imagine being taken out of our comfort zone for centuries. Sanctioned off the comfort zone of the land that we communed with nature upon. Land that we poured blood, sweat and tears into simply because someone else wanted it. Land in which our ancestors are buried that we no longer inhabit simply based on the whims of others. Forced to live without family, children ripped away, often forced into prostitution, complete victims of violence and the system which is supposed to protect all Americans. For further information, take a look at an article Abby Gibson published last semester, which delves into a gap in Native American history taught in modern-day schools.

If you’ve complained about the loss of space in the Caf, perhaps, semi-ironically, you’ve missed the point of the exhibit. The exhibit was placed there for a reason. Do not just overlook the faces of these Native American women, while yearning to have the beloved couches back.

Instead when looking at the photographs, consider, just for a second, that this slight inconvenience is nothing compared to what Native Americans have dealt with for years.

Check your privilege at the Starbucks cash register, please.