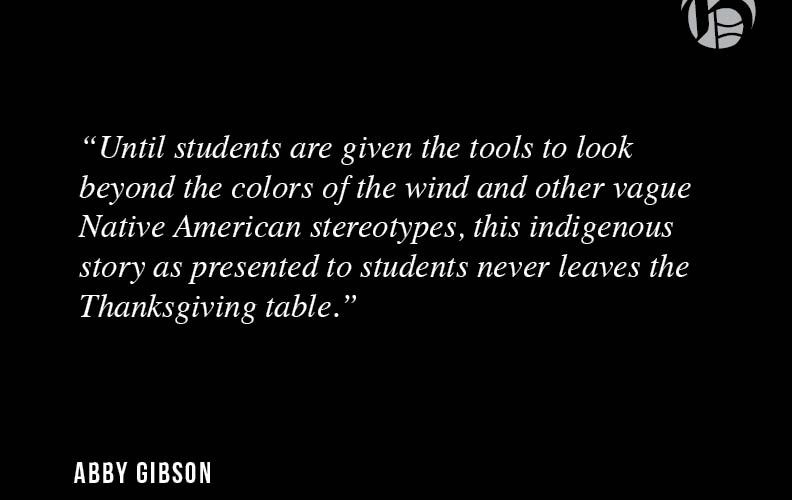 Let’s get one thing straight: Pocahontas did not sing with the colors of the wind, run through the pine forest barefoot with her raccoon and hummingbird friends or leap onto Captain John Smith dramatically just as her father’s club swung to end the man’s life (sorry, Disney). Pocahontas actually died in England at the age of 21 of some unspecified disease, married to a tobacco farmer named John Rolfe. But you wouldn’t get that from your average animated musical.

The problem is that American children are taught only the basics of Native American history in high school and are not given the opportunity to engage more deeply in indigenous history in college. I am continually struck by the unacceptable absence of Native history in the American narrative taught through the curriculum of both high schools and universities.

“Most K-12 textbooks gloss over or ignore some of the more tragic aspects of Native American history,” wrote Rebecca Klein in her Huffington Post article “Most Students Have No Clue What Accurate Native American History Looks Like” from Nov. 15, 2015. Instead, the curriculum is relegated to a select few simplistic events in history classes: history prior to 1492 is seemingly non-existent, the colonial period features Native Americans only in their inevitable defeat, the Trail of Tears is addressed as a blemish in the American tradition and the Dawes Act of 1887 is taught as the final blow to Native American autonomy and even existence.

The discussion on widespread Pre-Columbian civilizations is noticeably absent. The powerful Iroquois Confederacy is diminished to a brief bullet point. The dozens of nations forced to relocate West during Indian Removal are not mentioned. Federal boarding school systems that forced Native American children to become more “American” are left out. The entire twentieth-century is hardly included at all.

Luckily, there are people who are searching for a more in-depth approach to indigenous history. Sarah Shear, associate professor of Social Studies Education at Pennsylvania State University-Altoona, conducted a study in 2014 on state-mandated history standards in high school curriculums. Her findings indicate an overwhelming emphasis on Thanksgiving, which is largely fiction rather than fact, and the Trail of Tears. In both instances, students were taught events that occurred well before 1900. The result is that students arrived in undergraduate classes taught by Shear believing that “Indians are dead.” The 2.9 million Native Americans living in the United States today, according to the National Congress of American Indians, would certainly beg to differ.

It’s clear there is something going on when I, as an American history major and as a person who has dedicated my academic career to understanding the story of the United States and plans to do so for the rest of my life, can only identify a meager three indigenous women: Sacagawea, Wilma Mankiller, and, you guessed it, Pocahontas.

Pocahontas and her forest friends are a good start to the conversation Americans need to have about Native American history in order to come to terms with the atrocities that have made the United States what it is today. However, we can no longer afford to be taught by silence in our classrooms. Until students are given the tools to look beyond the colors of the wind and other vague Native American stereotypes, the indigenous story as presented to students never leaves the Thanksgiving table.

Fortunately, excellent literature exists to aid those searching for a more complete picture of the indigenous story. I recommend “Why You Can’t Teach United States History Without American Indians” (2015) edited by Susan Sleeper-Smith and Juliana Barr and “Every Day Is a Good Day: Reflections By Contemporary Indigenous Women” (2004) edited by Wilma Mankiller. It is important we no longer ignore a critical piece of not only our past but our present. 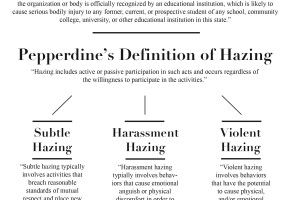