Men’s Basketball Falls in Tight One to BYU 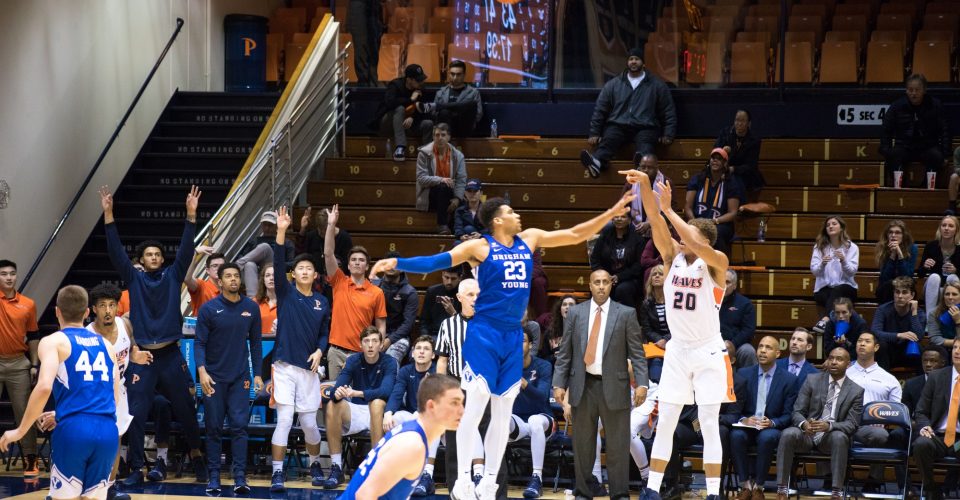 In a physical, back-and-forth affair the Pepperdine Waves fell to the BYU Cougars 87-76 on Thursday Jan. 17. In only the third home loss of the season, they fall to 9-10 on the season and 2-3 in West Coast Conference play. The leading scorers for this season, Colbey Ross and Kameron Edwards exceeded their average point totals and finished with 24 and 22 points, respectively.

Pepperdine started on defense after losing the opening tip. After a nice pass from BYU senior guard McKay Cannon, fellow senior Luke Worthington finished a layup for the first score of the game.

Each team traded baskets for much of the first half. In the first 10 minutes, there were five tied scores and eight lead changes. The Cougars went on a run in the last seven minutes of the game, sparked by junior center Yoeli Childs, the second leading scorer in the West Coast Conference, who averages 22 points per game.

Back to back jump shots by BYU’s Zac Seljaas followed by Childs extended their lead to 10 points, the biggest in the game up until that point. Edwards responded quickly with a layup off the pass from Ross. Kameron’s younger brother, freshman Kessler Edwards stole the ball from the Cougars, which resulted in him being fouled while driving down the lane.

Kessler made one of two free throws bringing the lead back down to seven points. A problem for the Wave’s throughout the game was leaving points at the free throw line. In the first half, they shot 8-14 from the strike. The 57.1 percent was far below their season average of 73.6 percent.

The half ended with Jadé Smith being fouled and making one of two at the free throw line, bringing the score to 35-44.

The second half started with a bang for the Waves as Ross finished a layup with the right hand and Kameron hit a wide-open three on the next position. He scored the next three points as well with a big layup and making the “and one” free throw attempt after BYU’s foul.

The offensive plan for the game was different than usual: Head Coach Lorenzo Romar wanted to get Kameron the ball.

“There were a few more plays added just to get me the ball,” Edwards said. “When I was outside early in the game I wasn’t really touching in so coach made that adjustment for me.”

Kameron was sidelined for the first 12 out of the first 13 games of the season with a concussion. Now that he’s back being a full-time starter and playing nearly 28 minutes per game he feels himself getting back into the swing of things.

“When I first came back from my concussion I was just rushing and wasn’t used to being out there,” Edwards said. “It’s great to be out there again, I’m slowing down, making better decisions and shots are really starting to fall now.”

Pepperdine took their first lead of the game off a three-pointer from Kessler with 16:04 left on the clock. Three tied scores and five lead changes ensued before BYU junior TJ Haws hit a mid-range jumper and the Cougars never looked back. Haws led all scorers with 34 points.

Despite the tough defeat, Ross feels how close this group is to taking the next step. 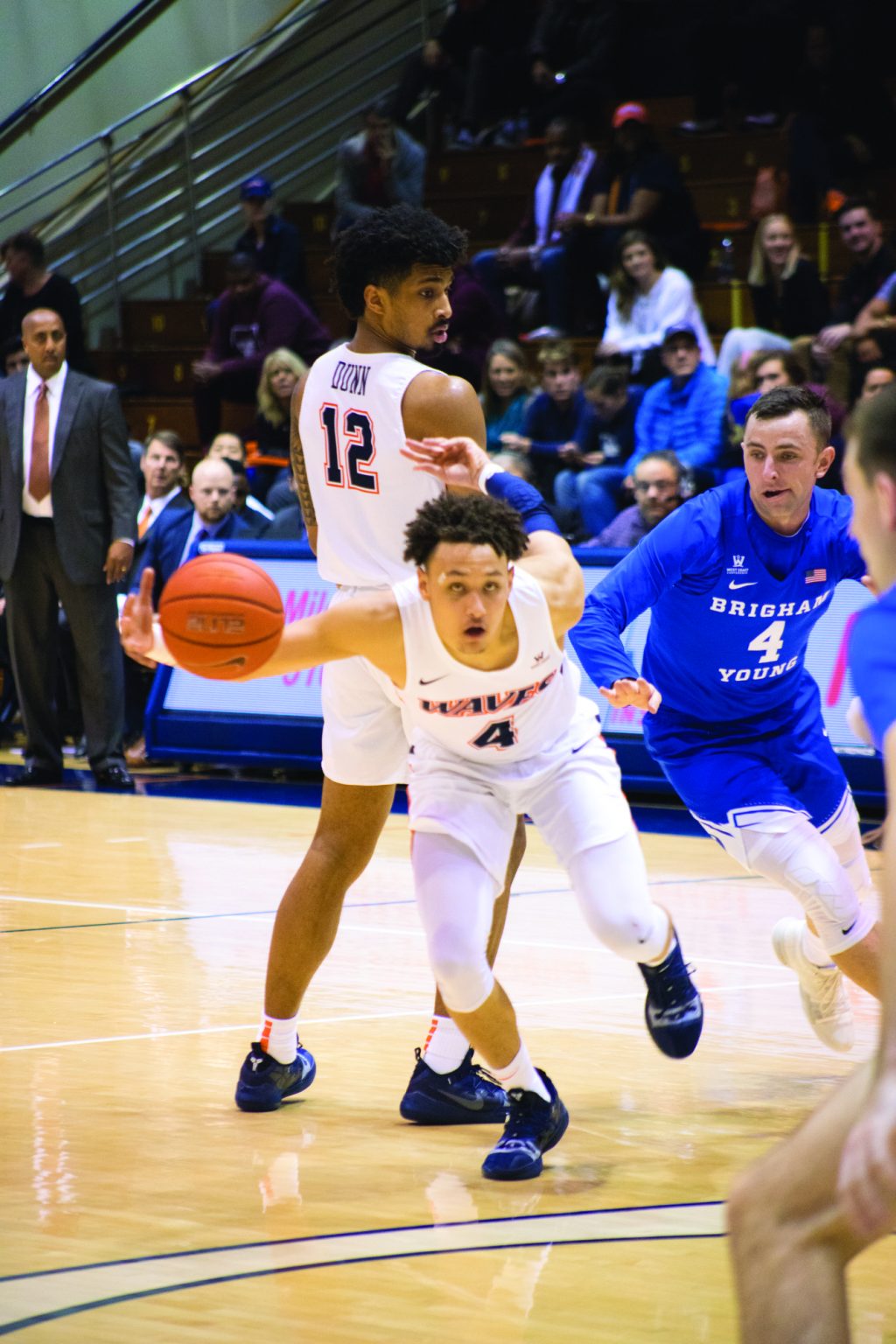 “We’re right there,” Ross said. “Little mistakes here and there cost and it’s a scary sight but we’re close. When we get it, we’re going to be a really good team.”

The loss puts Pepperdine at no. 7 in the WCC, with few discrepancies in record between the teams ranked 2-9. Kameron feels that the conference is still very much up for grabs.

“There are so many teams in the middle,” Kameron said. “A lot of them are going to come out pretty even. With so much talent in the middle you just don’t know how it’s going to play out this year.”

A key takeaway from Romar were the aspects of his team that he feels has improved most since the beginning of the season.

“You may not know from tonight but I think defensively we’ve gotten better,” Romar said. “Just overall we’re maturing as a team and taking much better care of the basketball.”

On Jan. 19, Pepperdine travelled to Loyola Marymount University to play the Lions for the second time this season. Romar said he expected a terrific outing from the Waves and another victory.

“I fully expect us to bounce back,” Romar said. “We’re going to be very competitive and can definitely regroup and bounce back on the road.”

Psi U Think You Can Dance 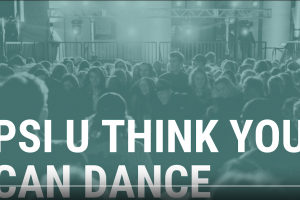 Psi U Think You Can Dance

Ready to dance? Psi Upsilon hosted its annual fundraiser: PUTYCD   Tune in every Sunday for a new video!
Copyright 2013 Jupiter Premium Magazine Theme
Back to top