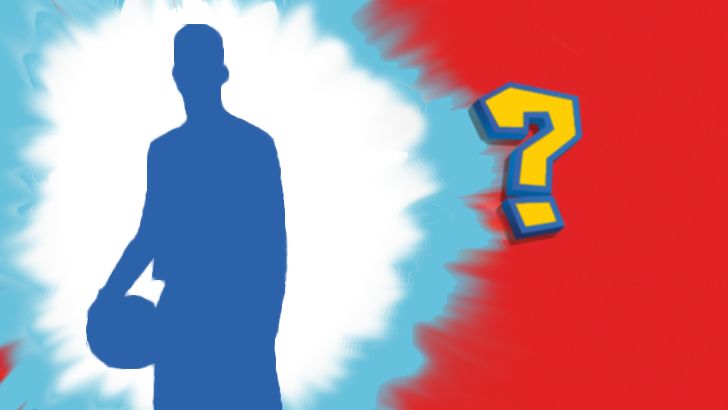 (Extremely DJ Khaled voice) Another one.

Right on the heels of snagging guards Colbey Ross and Trae Berhow, Pepperdine’s men’s basketball team notched its third recruit of the class of 2021: point guard Jadé Smith from Alameda, California. With Smith’s commitment, Pepperdine not only adds another young guard to its already-deep backcourt, but also raises the Waves to third in 247sports.com’s WCC recruiting rankings for the class of 2021.

As always, here are some basic questions and answers about the newest member of the men’s basketball team.

Smith is a 6’4″ point guard from Saint Joseph’s Notre Dame High School, which just so happens to be the alma mater of 10-time NBA All-Star — and current Milwaukee Bucks Head Coach — Jason Kidd.

While he isn’t in uniform for the Saint Joseph’s Notre Dame Pilots, Smith plays in the UAA circuit for Splash City, who just so happens to be owned by a Golden State Warriors point guard by the name of Stephen Curry.

Did he have a lot of college offers?

Smith garnered interest from a myriad of mid-major and Power-5 schools, according to Rivals.com, 247sports.com and Scout.com. He received varying levels of interest from four Pac-12 schools (Colorado, Cal, Utah and USC), but received most of his offers from the West Coast Conference. Pepperdine managed to snag Smith from USF, Santa Clara, Portland, Pacific and — most impressively — Saint Mary’s.

How does Smith play?

Although he is listed as a point guard, Smith is technically a combo guard due to his size, offensive skill set and his style of play. Smith can flat-out score when he wants to; when his shot is falling, he’s known to go off. Chances are, he’ll play off the ball at Pepperdine because the Waves will have current freshman Elijah Lee and fellow incoming freshman Colbey Ross on the roster next season: two guards whose skill sets are more fitting to run the point. But having another guard on the floor who can laser-beam cross-court passes definitely wouldn’t hurt.

With that said, one of the few knocks on his game is his consistency, according to Future150.com writer Brian Flinn’s article “Jadé Smith Continuing to Fly Under the Radar.” However, this consistency will only improve when he’s inserted into Pepperdine Head Coach Marty Wilson’s system. Say what you will about last season, but the Waves had two of the conference’s leaders in turnover percentage: According to sports-reference.com, senior forward Lamond Murray Jr. and former forward Jett Raines ranked second and ninth in fewest turnovers per 100 possessions, respectively.

From watching some of his highlight videos on Scout.com, Smith does seem to force the action a little too much on offense. He is exceptionally adept at drawing fouls — thankfully, he is consistent at the foul line — and he can be a handful for subpar defenders. He’s a high-volume shooter who uses a flurry of impressive ball-handling skills to not only create shots but also make defenders look absolutely silly along the way.

Smith knows he’s skilled, so he plays to his strengths. Needless to say, Smith exudes confidence, which has been a part of his character since his sophomore year (and probably earlier than that); Scout.com’s Ryan Gorsey noted Smith’s confidence in his Dec. 5, 2014 article, “Jadé Smith Well Aware of Kidd Legacy.”

Granted, this confidence might get the best of him at times but in the long run, Pepperdine will benefit from a player who’s confident in his own ability rather than one who fails to recognize his own talent. As the coaching cliche goes, you can’t coach competitiveness. Players either have it, or they don’t. Thankfully for the Waves, Smith has it.

Is it okay to have so many guards? Doesn’t this mean Pepperdine will have seven guards on the roster next season?

Yes and no. Here’s why: Each of the seven guards brings something different to the table. So far, unless someone drastically changes his game between now and next season, Pepperdine’s guards have different skill sets.

For example, freshman Elijah Lee has the skill set to be one of the best passers on not only Pepperdine’s roster, but quite possibly one of the better pass-first point guards in the conference. The aforementioned Trae Berhow can score in a myriad of ways. Freshman Knox Hellums is the spot-up shooter the Waves can count on in high-pressure situations.

Long story short, this isn’t a “Too Many Cooks” scenario because having seven guards on scholarship is totally normal (and most importantly, we don’t live in a deranged sitcom parody).

But there’s one important caveat. Statistics say at least one of these seven guards will transfer. According to ESPN’s Jeff Goodman and Jeff Borzello, roughly 700 Division I basketball players transfer every season, which is an average of nearly two per school. Trying to predict which guards could transfer would be a futile and unnecessary task. Let’s not get too ahead of ourselves.

But didn’t you just write an entire article based on the future? Besides, what about this upcoming season?