Let’s Use Computers to Create a New World 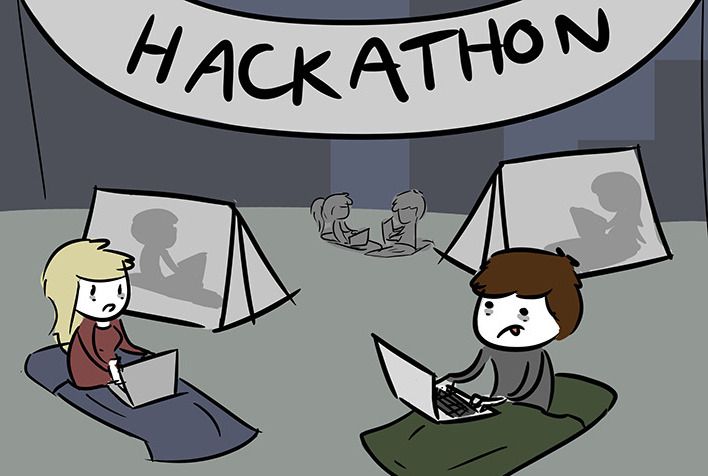 As I’m typing out this article, it’s 5:02 a.m. on Saturday and I’m in the Annenberg building at the University of Southern California in a sleeping bag surrounded by people, most of whom I don’t know.

Everywhere, you can see the effects of what happened that day. Some people are asleep, heads down on tables. Others have been more elaborate with their sleeping arrangements and are either on an air mattress, some sort of furniture or the floor.

The last group is still staring intently at their computers, lines of code on their screens. Sound like a weird situation to you? Not during hackathon season. Not during a hackathon.

Now what exactly is a hackathon? The mental image of a hacker is rarely anything positive. I mean, it’s no wonder, with the recent celebrity nude photos leaked by hackers and the public constantly warned of hackers stealing their personal information. However, despite the name, a hackathon is everything but that negative image.

Dave Fontenot, a celebrity in the world of hackathons and one of the early hackathon organizers, writes in his blogpost, “WTF is a hackathon?,” that a hackathon is an event where, “People with technical backgrounds come together, form teams around a problem or idea and collaboratively code a unique solution from scratch — these generally take shape in the form of websites, mobile apps and robots.”

Not so scary, right? A quick history lesson: Collegiate hackathons were first started at the University of Pennsylvania as PennApps, and they’ve exploded from there. What first started as an event where people just wanted to gather together and build cool things has grown into events attended by thousands of people all over the world. With corporate sponsors like Microsoft, Bloomberg and Facebook, and budgets at times breaking the million dollar mark, hackathons are only getting bigger.

There’s even an official league known as the Major League Hackers, whose sole job is to provide mentorship to the many collegiate hackathons that occur all over North America and the U.K. But perhaps the craziest thing is that college students organize these collegiate hackathons. Hacktech, the largest West Coast hackathon of its time, occurred last January on Third Street Promenade in Santa Monica. It was an amazing event, with rapper Childish Gambino and founder of Snapchat Evan Spiegel making surprise visits. Perhaps the craziest aspect of it was that it was put together mostly by a group of four college freshmen.

Now perhaps a better name for a hackathon would be a “makeathon,” since for 24 to 48 hours, anywhere from a handful to a thousand people give up their time in order to split up into different groups and make something, competing for prizes distributed at the end. It’s a caffeine-fueled bonanza of innovation, where sleep is more of an option than a requirement and where meeting and talking to strangers is encouraged.

This type of innovation could mean a brand new app for the iPhone or a new game using amazing technology like the Oculus Rift, which is a virtual reality headset, or the Myo armband, a motion and gesture-controlled armband that reads muscle activity and EMG signals in order to control digital devices over bluetooth. Some of these hackathons have themes like “Hack for Good” or “Hack Ebola,” in which a bunch of technologically savvy individuals gather to make something that will benefit humanity. Other hackathons are a lot more open-ended, letting the participants make anything that they feel is cool.

In addition to making something, hackathons are known for being simply a good time. Everyone there shares something, either a love or a curiosity for technology. It’s a convention of like-minded individuals. However, instead of a yearly event, it’s weekly, and it’s everywhere.

Maybe you’re wondering why hackathons matter, especially if you’re not technologically skilled. Well, I’m personally not that technologically advanced. Despite being a computer science minor, I seem to break most of the technology I own, and my programming skills are beginner level at best. But that’s OK because these hackathons are places people go in order to learn.

Company sponsors like to throw tech talks at these events and have mentors who are willing to help you. (One Microsoft mentor even purchased an animation package for me online because I wasn’t willing to pay $15 for it). Not only that, the people I have talked to have been more than willing to give up their time in order to teach me.

From an occupational standpoint, hackathons are important because they are a good place for individuals to meet future employers or future co-workers. In addition, in today’s technological society, knowing how to program, even if it’s just a little bit, is a huge asset. It doesn’t really matter what field you’re in; programming is a useful tool, and hackathons are places where you can take a crash course on how to do so. One hack this weekend was done by a pair of students who rendered Google Maps images three dimensional so that, by using the Oculus Rift, people could walk through and explore lands all across the world.

Lastly, hackathons matter because they show how passionate our generation can be. We’re often mocked as the “me” generation or as a generation full of laziness. However, what these hackathons show is how passionate people are — so passionate that they are willing to give up a weekend of parties and sleep in order to create something, to gain new skills and make connections with each other.

Hackathons are amazing because the best and the brightest attend these events to innovate and to make something great in just a couple of days. They prove that when a group is passionate enough, great things are created. 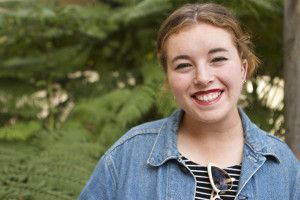 We’re always told to live life to the fullest because we never know when our final day will come. Knowing or choosing...
Copyright 2013 Jupiter Premium Magazine Theme
Back to top