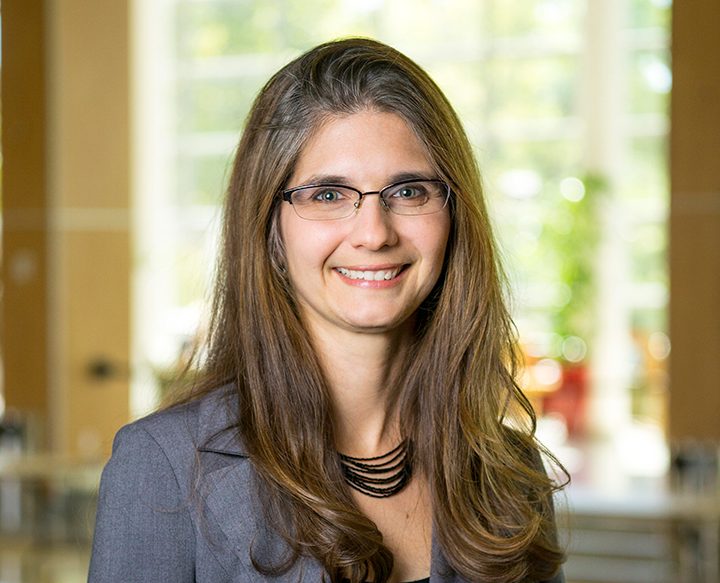 Pepperdine’s International Programs give students the opportunity to study abroad in seven possible locations during the academic year, and other international locations during the summer. Pepperdine was ranked within the top five undergraduate universities in the U.S. for the highest percentage of undergraduate participation for the fifth year in a row, according to the Institute of International Education. As executive director, Laux will lead each of these programs with the students and faculty in mind.

“It was very empowering to realize that there was more opportunity out there for me to contribute to the world and for me to learn from the world than I had ever imagined,” Laux said.

Laux, who has worked in international education for the past 20 years, said she did not envision it to be her career when she began as a first-generation student at Aquinas College in Michigan.

Since she had no intention of studying abroad, Laux said it took a faculty member an entire semester to recruit her. She then applied to the undergrad Costa Rica program and was accepted for a semester abroad during her junior year.

Grateful for that faculty member, Laux said the experience of going abroad transformed the way she saw the world.

During her last years at Aquinas College, Laux went to Spain for another semester abroad, hoping she would discover her vocation. Laux said after graduation she did not know what she wanted to do and was still “adrift.”

“What really draws me to international education is the opportunity to engage with students at that level and understanding all of the challenges that they face,” Laux said. “Whether it’s being nervous about applying because I was the student who didn’t intend to apply or whether it was navigating the culture when I got on-site, I’ve been there and I’ve been able to walk students through that process or whether the challenge is coming home because for me that was a challenge.”

When asked about the difference between Hall’s previous title as dean of IP and her own, Laux said it is the same position despite the alternate title.

“I am finishing up a doctorate [in education], and it would be highly unusual in international education for someone who doesn’t have a doctorate to have the title of dean,” Laux said.

Laux said she has a few more courses to finish this year and will then begin her dissertation at Northeastern University in Massachusetts.

Once she receives her doctorate, Laux said the title will be changed back to dean of IP to reflect her educational level at that point, but the work will not change.

Laux said she does not foresee any immediate changes because of Pepperdine’s “wonderful foundation” and will focus on learning this year.

“I have heard, several times, the phrase ‘Leadership without context is chaos,’ and so this year is about the context and learning that context so that I can support Pepperdine students and faculty,” Laux said.

However, Laux said she is interested in looking into research opportunities abroad in order to prepare students for graduate school or expanding internships to build a stronger connection between IP and the workforce.

“A lot of those things are [already] in the IP programs,” Laux said. “What I want to explore is trying to make them universally accessible to all programs.”

Laux said she believes that Pepperdine has a lot of untapped potential at this point.

In an effort to become acquainted with the programs, Laux said she hopes to visit all of the sites in her first year and has already been to Pepperdine’s Shanghai campus.

Laux said she has visited and worked in over 20 countries.

Even so, Laux said “one of the things that I’ve found, as I reflect on my travels, is that I really don’t have a favorite place; I have favorite things about each place.”

Laux said she is excited about helping IP be more successful in terms of students’ intercultural competence, which is becoming increasingly valuable in a globalized world. Her travel experience will be valuable in this aspect of her position.

“I’ve been the student going abroad; I’ve been the faculty director who is accompanying students along and sort of supporting them through that journey; I’ve been the program director on site welcoming students to a program, and I’ve been an administrator in the United States trying to run programs from the main campus perspective,” Laux said.

Dean of Seaver College Michael Feltner spoke of his confidence in Laux in a press release published April 1.

“Beth is imminently qualified and prepared to lead international programs into the future,” Feltner wrote. “I am excited to work alongside her to advance our existing programs and to explore new opportunities that provide students with opportunities for intellectual, social, personal and spiritual transformations.”

Laux said she was drawn to apply to Pepperdine because of the university’s strong foundation and the faith-based component of the institution.

“I am confident that from this foundation, Beth will lead international programs to even greater height,” Feltner wrote.

Feltner and Laux said they greatly value the university’s Church of Christ background and its connection to education.

As IP experiences new change in the Malibu office with Laux assuming her new position, new leadership is also occurring in the Buenos Aries program with Travis Hill-Weber appointed as the new director of the program. These exciting changes are leading IP and Seaver College as a whole in a new direction.