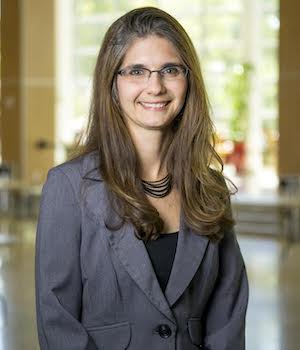 Laux, who will become the executive director of IP, is the current director of Learning Abroad at the University of Utah. She has participated in international programs as a student, faculty and administrator. Laux said in the press release that her commitment to international education stems from the benefits it has on students.

“Studying abroad was the most powerful experience I had in college,” Laux said. “It influenced me academically, personally and spiritually, which made a career in international education a natural fit.”

As an undergraduate at Aquinas College in Grand Rapids, Michigan, Laux traveled to Costa Rica and Spain. After earning a degree in Spanish and Public Administration, she returned to Aquinas to serve as the director of international education and programs.

Leaving her position at Aquinas in 2004, Laux spent two years as a missionary in Guatemala and El Salvador. She has also interned for the United States Department of State and has worked with nonprofit, government and education entities in over 18 countries.

Dean of Seaver College Michael Feltner spoke of her high qualifications in the press release.

“I am excited to work alongside her to advance our existing programs and to explore new opportunities that provide students with opportunities for intellectual, social, personal and spiritual transformations,” Feltner said. “Beth [Laux] follows two prior deans, Dr. William Phillips and Dr. Charles Hall, both of whom are exceptional leaders … I am confident that from this foundation, Beth will lead International Programs to even greater heights.”

Hall will continue in his role as executive director through July 31, 2019. A celebration commemorating his 14 years in the role will be held May 17.

Laux’s title of executive director is new for this position. Hall’s current title is dean of IP. The university did not comment on the difference. Laux will officially take the position August 1. 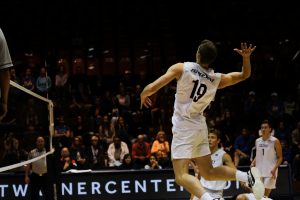