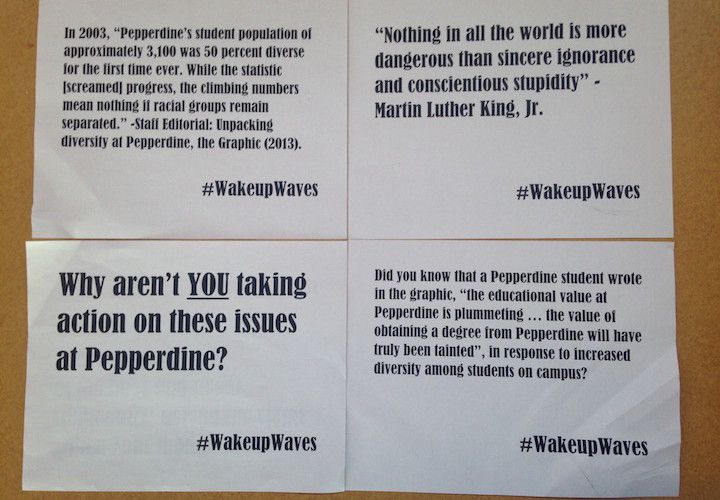 Sometime Monday, signs were placed in Waves Cafe. These signs refer to a Pepperdine student writing in the Graphic his opinion that the value of a Pepperdine degree is lessened by intentionally increasing diversity among the student body. The writing that the signs are referring to was a letter to the editor published in 2013. Opinions expressed in letters to the editor are those of the author, and their publication in the Graphic in no way represents an endorsement by the Graphic or individual staff members. At least one response also in the form of a letter to the editor was later published countering the original letter.

The sign was just one of a series that were distributed on campus regarding race relations and sexual assault issues on campus. This comes after Friday’s student protests regarding diversity on campus and precedes Monday night’s address by President Andrew K. Benton on the topic.

If you want your voice heard on this or any topic, we encourage you to write a letter to the editor. #wakeupwaves

Waves Shoot for the Stars This Season 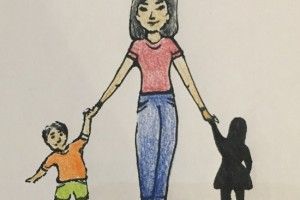 Art by Christine NelsonI will forever remember the day that my maid, whom I affectionately called “ayi,” or “auntie”...
Copyright 2013 Jupiter Premium Magazine Theme
Back to top