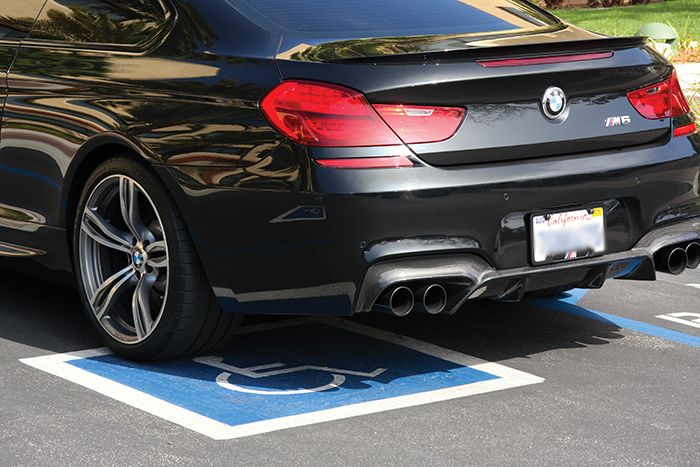 Students are allegedly occupying faculty-designated spots in gated lots on campus, according to professors. The issue has been noted by Seaver Faculty Association President and Associate Professor of Religion Ronald Cox, who is spearheading an effort to ensure parking spaces on campus are being properly utilized.

According to the 2014-2015 Student Code of Conduct, gated parking lots are reserved for faculty and staff. Emrich said DPS has a plan to stop students from accessing gated lots but which included patrolling parking lots didn’t specifically outline what that plan was.

Emrich said DPS would respond to “any observation that either we make or is reported to us that a student has accessed a gated lot in an unauthorized manner.”

There are two legal ways students can access gated lots during the day. The first one is to get a token from DPS. Individuals can get tokens at the university gate if they’re visitors or if they have valid handicapped placards.

The other way is to request an ID card access from DPS. Students who have temporary parking passes issued by the Disability Services Office or those who have handicapped placards issued by the DMV register with DPS and obtain access on their ID card for as long as their permit is valid.

So, how are students taking up faculty spots? “Answer that question for me and you will have solved the mystery of how students get into the gated lots,” Emrich said.

Emrich said students somehow get ahold of tokens, that they may be giving false information at the booth or even tailgating faculty cars closely after they enter the lots.

Another possibility is for students who have faculty parents to use their parents’ car and access card, according to Emrich.

This would mean “they’re technically in violation, but the car’s not. So we would have a harder time knowing,” she said.

Professor of Communication John Jones works in the CCB and said he noticed the parking situation was becoming increasingly difficult last semester.

Jones said he doesn’t know how people get in. “I just know that it seems like there were an awful lot of people parked in [the] CCB who were not here legitimately, who did not have a permit; they got in some other way.”

Officers do “routine patrol checks” and “parking enforcement” every day, but they don’t have a schedule because of officers’ different availabilities, according to Emrich. Another issue at hand is student DPS officers using their IDs to access the lot during the day.

An example of this presented itself in the CCB Friday, Feb. 20. The CCB lot has 92 parking spots, with five of them being allotted to handicapped parking. On Friday, there were three illegally parked cars without visible tickets. All three cars had DPS hats on the dashboard and no valid parking permits for the gated lots. DPS hats are given to DPS student workers and are part of their uniform.

“I have no idea,” was Emrich’s response when asked how DPS student workers access gated lots during the day. “Our student officers are not allowed to park in gated lots,” she said.

“I don’t know how they’re doing it, but getting in at around noon is almost impossible,” Anderson said. She mentioned having to park in the SAC lot or at other available spots several times because there were no spots open at the law school lot.

Anderson mentioned the possibility of former Seaver students being the culprits of parking in the gated lots because they might have found a way to get into the spots while being undergrads.

There are 13 different Pepperdine permits available on the 2014-2015 Public Safety online permit store. Permits include commuters, main lot access, Towers and Page residents and even special ones issued to alumni.

Some students reportedly gain access with the use of a Korean coin that is an almost exact replica of the tokens distributed by DPS. When asked about this, Emrich said, “I haven’t [heard of it]. If a student is found to be doing that, they could be facing serious disciplinary action.”

DPS is responsible for fining students. The fines cost $40 each, but repeat violators are considered to be in violation of the community standards, meaning if they are found guilty several times, then they are directed to Judicial Affairs.

Judicial Affairs Administrative Assistant John McMahon said there are “varying levels of sanctions,” including probation and even the revoking of parking privileges for students.

Both DPS and Student Affairs agreed that all traffic and parking regulations must be obeyed, but they didn’t agree on an actual number for repeated offenses. Emrich called increased fees “situational” and McMahon “a case-by-case basis.”

Jones offered several possible solutions, such as stricter enforcement, heftier fines and “being more strict about when a person can get towed for a parking violation.”

The student code of conduct reads, “All traffic and parking regulations must be obeyed. Violators are subject to a fine for each offense, vehicle immobilization, relocation and/or impound.”

Harsher solutions may be out of the question. Emrich said DPS doesn’t typically impound cars if they belong to a student or faculty/staff members and that they’re just moved to open parking lot areas.

“Parking is not a luxury, parking is a necessity,” Cox stated.

Another issue faculty brought up was how higher-end cars tend to take up handicapped spaces with seemingly valid permits.

“There’s speculation or an assumption on the part of some that if they can do that [possess higher-end cars] maybe that calls into question whether they got their permits through appropriate means,” Cox said.

Emrich, however, said she could not confirm any connection between the quality of cars in handicapped spots.

“I would not give an opinion on whether it’s suspicious,” she said. “They have valid handicapped placards, so it wouldn’t be my impulse to be suspicious based on the kind of car they drive.”

Emrich expressed interest in the topic, saying, “We’ll work together with the appropriate areas within the university to make a decision if there need to be more handicapped spots allocated for that area. It wouldn’t just be a Public Safety decision.”

Disability Services Offices Director Sandra Harrison said disabilities aren’t inherently obvious since there are two kinds of disabilities: visible and invisible. Visible disabilities mean that it’s obvious a person is disabled, such as crutches, a service dog or a wheelchair. Invisible disabilities are the ones that are internal, such as fatigue, recent recovery from back surgery, chemotherapy or anxiety issues.

In order to fit the needs of people with disabilities without affecting parking, DSO started a program last October that offers a “mobility cart” to anyone who requests it to get to or from class. Students can call ext. 4442 and DPS sends the cart to pick them up, according to Harrison.

Harrison said students who are merely having back pain on a certain day could also call the cart. She explained that when people request temporary parking permits from DSO, she points them toward the cart option. Some long-term disabilities do require permits, though.

“If someone has a long-term disability and they’re saying, “No, I really can’t even use the cart,” then we say, “You need to go to the DMV and get a placard. Once you get that DMV placard, then you can park wherever there is a handicapped space,” Harrison said.

Harrison said if one gives DPS the license plate number and a picture of the pass, they could do research to see how long the person has been using it.

In order to obtain a valid handicapped parking placard through the DMV one must complete and sign an application, have a licensed physician or medical professional sign the doctor’s certification of the form and submit fees.

“If a person has a handicapped placard that is issued from the DMV, we never see that doctor’s note: we don’t have anything to do with that assessment of the doctor’s note. That is between that citizen and the DMV,” Emrich said.

DPS has a record of the handicapped placards of students who request access through their ID card.

Emrich said DPS monitors the expiration date on handicapped placards. “If you are parked in a handicapped spot and you have an expired permit then it would be like having no permit,” she said.

Cox and the SFA have been collecting parking complaints from the faculty in the past couple of weeks and are in the process of setting up appointments to have conversations with DPS and those responsible for parking to see what kind of solutions are available.

“I want to work with the powers that lead to make sure that they know the issues that faculty are having,” Cox said.

ZippieCookie: Snack for a Cause 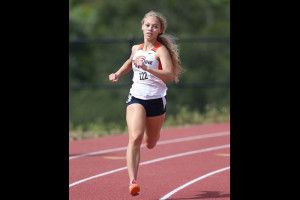 Photo by Rachel Rant Men and women’s track opened their 2015 season at Westmont College this past Saturday in a tri-meet...
Copyright 2013 Jupiter Premium Magazine Theme
Back to top