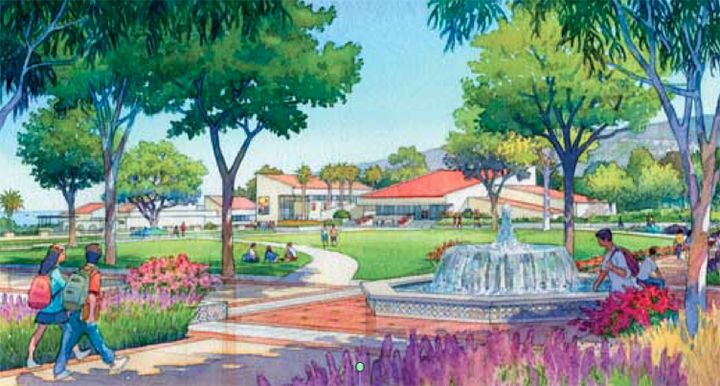 After the donation of more than $470 million to Pepperdine, the money is part of dramatic plans to change many aspects of the Malibu campus and its future.

The Campaign for Pepperdine exceeded its fundraising goal by $20 million, and students are already benefiting by increased scholarship money.

But $147 million is not in Pepperdine’s bank yet, but is promised to the university.

And while funding goals like student services overshot the mark, fundraising for the campaign’s bigger projects, such as a much-hyped new athletic center and revamped Mullin Town Square, are still far off on the horizon.

It will take university officials years to collect the full amount pledged and raise the remaining facility funds.

Immediate donations go right to the bank. But many donors break up their pledges into smaller increments. A donor may have given millions of dollars, but will split the payments up over several years. Some donors have also put Pepperdine in their trusts or wills. When the donor dies, that money will go to Pepperdine.

“A lot of people like giving to Pepperdine because it is an institution that they believe in,” said associate director of Advancement Communication Nate Ethell. “Most of our donors did not attend Pepperdine, but may have had a kid that went here or just simply believe in our mission.”

Donors tend to give more money to student support, such as scholarships and student loan forgiveness, rather than physical renovations, Ethell said. As of Feb. 4, the campaign had raised more than 227 percent of the goal for student support, while around 76 percent of funds had come in for campus facilities.

Advancement officials work to encourage donors to give money to priorities that are not receiving enough money. They encourage giving to facilities, faculty support and academic programs because they will affect a student’s experience, Ethell said. 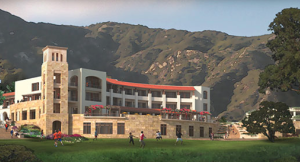 The campaign is already making small differences on campus, starting with allowing administrators to give out 200 more scholarships. Workers have already started the first of a two-part renovation of Joslyn Plaza, which will formally be renamed Mullins Town Square.

Students in the Heidelberg International Program saw the affects of the campaign after workers completed the first of a two-part renovation of Moore Haus. In the future, administrators plan to renovate Payson, construct a new event center and build more junior residence halls.

Mullins Town Square will transform the parking lot in front of Smothers Theatre into a gathering place for student activity and recreation.

“I’m really excited about the Mullin Town Square,” junior Marissa Baly said. “I think Pepperdine has a beautiful layout and our campus design is a very integral part of our school’s marketing, so I think the Mullin Town Square will be very beneficial to student life and to our overall school image.”

Advancement officials have made progress, but still have about $36 million more to raise for those facility projects. The $2 million for renovating International Programs is entirely collected and Mullin Town Square had $54.5 million raised of $51 million needed for the project. The other facilities still need more funds.

“The event center and other facilities are not the main focus of the campaign right now,” Ethell said. “We have hit the goals to help students, while the facilities are still far out.”

Designed to be a long-term campaign, the Campaign for Pepperdine is not just to raise money, but also awareness for the university.

“Campaigns invoke a sense of urgency and encourage people to support the university in a more robust way as opposed to just giving,” Ethell said. “This campaign is to rally support and motivate giving in ways that are not routine.”

Pepperdine has had three campaigns since the school opened in 1937. The first two focused on funding very specific purposes. In the 1980s, The Waves of Excellence campaign raised more than $100 million and focused on capital projects, such as the building of the Thorton Administration Center. In the 1990s, the Challenged to Lead campaign raised more than $300 million, which focused more on scholarships.

“Some campaigns focus on things like giving to a major capital project or building more classrooms and dorms, or campaigns will go the opposite direction and raise money just for scholarships,” Ethell said. “The Campaign for Pepperdine was $450 million that was going to a series of priorities to benefit all parts of the school.”

The campaign included Seaver College, the School of Law, Graziado School of Business, the Graduate School of Education and Psychology, the School of Public Policy, Athletics and Pepperdine Libraries.

“We had seven individual campaigns within the big umbrella campaign,” Ethell said. “The five schools, as well as university libraries and the athletics office, had their own objectives that we call campaign priorities. In total, it is between 80 and 90 priorities including scholarships, chairs, equipment, loan forgiveness, career services, which are just a few.”

The vision of this campaign is to advance learning, knowledge and scholarship, honor God and the Pepperdine faith heritage, build community, respect diversity and promote global understanding, according to the campaign website.

“As a Pepperdine Ambassadors Council (PAC) member, I have the privilege of seeing all of the things that we will benefit from that does not come from just written checks but from caring individuals who have worked hard and chose to share their earnings with an institution they admire and believe in,” Baly said.

This campaign affects how alumni give back and encourages them to continue to be a part of Pepperdine as the story continues to be told and changed. The campaign set a goal to raise annual support to $48 million. The latest campaign report shows annual giving is $44.7 million, up from $20 million before the campaign.

Advancement is still working on the campaign, as there are still priorities that need to be funded. There is no timeline on when the campaign priorities will be fulfilled.

“This campaign is a long-term investment that we hope to see carry on maybe for a hundred years or more,” Ethell said. 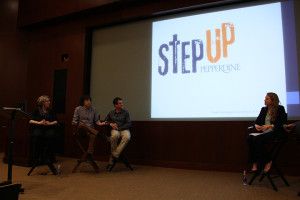 Photo by Alexander HayesStep Up Pepperdine — a campaign and six-week convocation series that focuses on bystander intervention...
Copyright 2013 Jupiter Premium Magazine Theme
Back to top