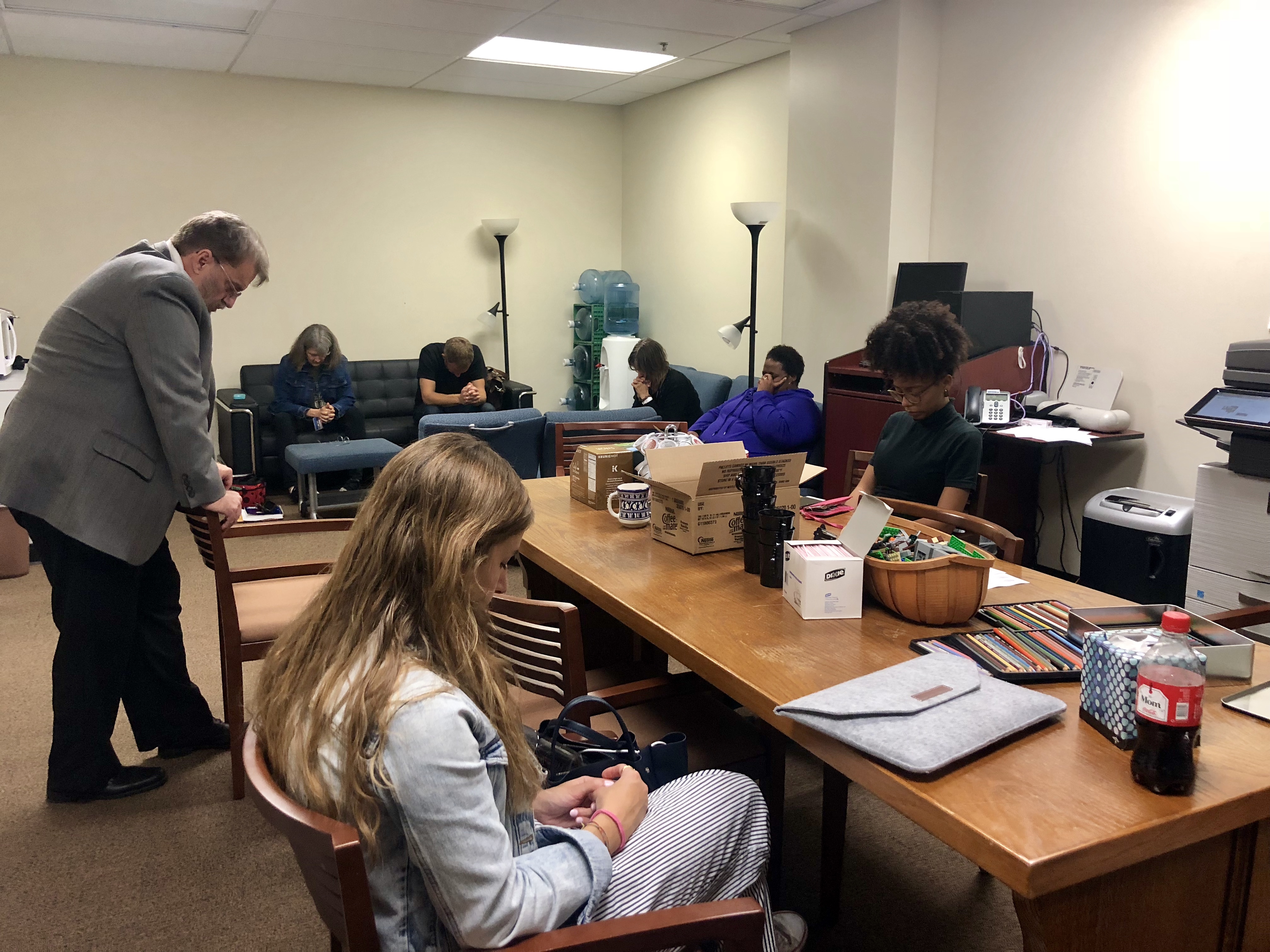 Faculty and staff from the Humanities and Education Divisions gathered today in the division’s office in remembrance of the passing of Pepperdine freshman, Alaina Housley, and the victims of the shooting at Borderline Bar & Grill on Nov. 7.

The vigil brought together a total of nine members between both divisions with the goal of comforting and helping the Pepperdine community. Staff members began the service by reflecting on what had happened the previous night.

Humanities professor Bryan Givens said that the nephew of a Pepperdine History professor had reportedly been in the parking lot of Borderline five minutes prior to the shooting. Other professors proceeded to share what they read online and what they learned from other students and faculty.

The gathering was silent, even as members of the division began to say a few prayers for the fallen victims.