Have a Say in Your School’s Decisions 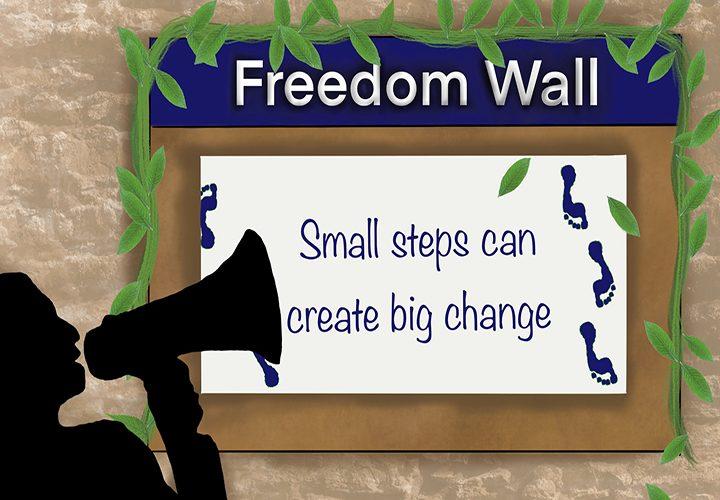 People are concerned about the state of the environment much more now than they were 20 years ago. However, it is difficult to decide when someone is being sustainable enough. It seems as of now almost every business, corporation and school has some type of sustainability policy in place.

Businesses have become nearly perfect at saying the correct jargon, using phrases such as “reducing our environmental footprint” and “working toward sustainable goals,” to convince customers that they authentically care about the world and not just about the money in their pockets. Pepperdine University is no different. As attendees of the school, it is imperative that students have a say in its decisions.

A poster that criticized Pepperdine’s lack of sustainable measures was hung up on the Freedom Wall on Feb. 14. The primary attack was on the university’s current food contractor, Sodexo. That day was also the set date for Sodexo’s food-tasting, as it is one of three competitors in the race to win the new food contract, which will likely last for the next 10 years.

The wall was divided into two sections: what Pepperdine allows and what Pepperdine does not allow. It pointed out the dichotomy in what the university deems important enough to ban or too inconsequential to fix. Some of the statements on what the school allows were: deforestation, mass extinction of species and unlivable wages for food laborers. 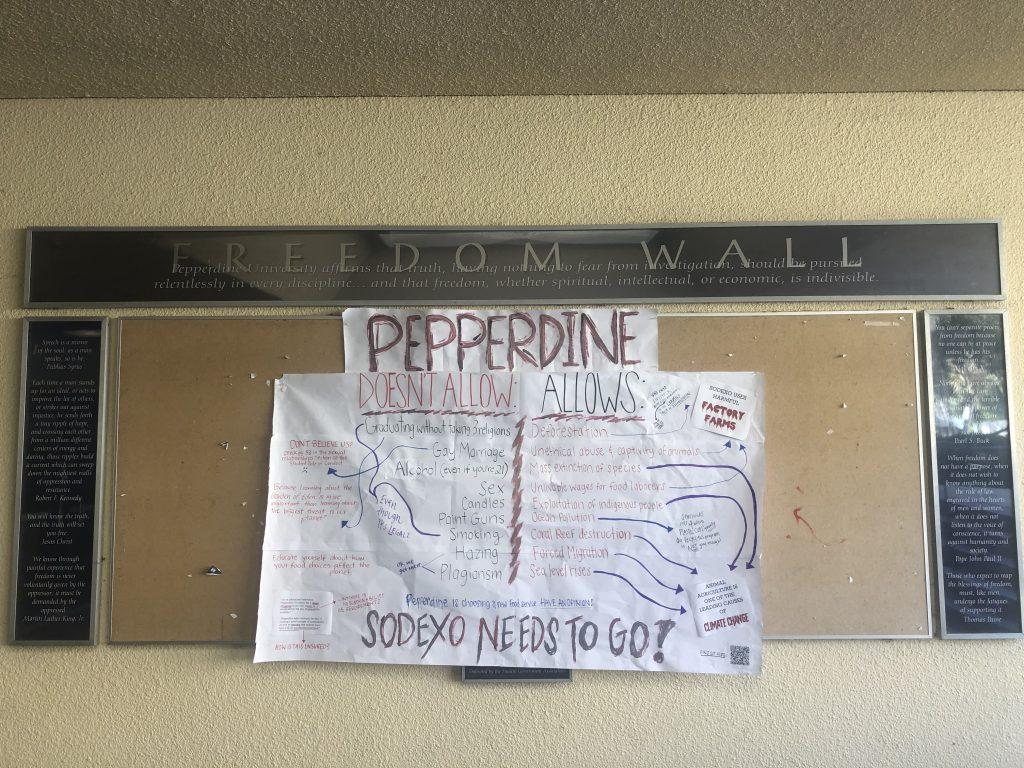 A poster hangs on the freedom wall bringing attention to sustainability concerns on campus, primarily highlighting the university's current food provider, Sodexo. The poster appeared on Feb 14, the same day as the scheduled food tasting between Sodexo and two other top contenders. Photo by Nicole Witt

The wall included some quotes from the sustainability section of Pepperdine’s website, with words crossed out and comments coming out from the sides. The following quote was taken from the website: “As an educational institution, Pepperdine University has a unique obligation to not only engage in sustainability but also to educate our students.”

The word “educate” was circled with a comment next to it that wrote, “But there is no sustainability GE requirement?” Since there is a considerable amount of required general education courses, it is strange that not one of them covers climate change, environmental concerns or sustainability. Students must learn the history of mankind, but they are not required to learn about how their actions will impact the future of mankind.

A large message on the bottom of the wall read, “Sodexo needs to go!” However, a message with possibly more significance was written above it reading, “Pepperdine is choosing a new food service. Have an opinion!”

All students should care about where the food in their cafeteria is coming from. With the initial product being so different from the end product, it is easy to forget about the journey food takes to get on people’s plates and even easier to forget about the harmful impacts it leaves along the way.

The majority of the meat that Sodexo uses comes from unsustainable sources, which leave a dangerous impact on the planet. Merely looking at Sodexo or Pepperdine’s websites, a person could assume that they are both extremely sustainable, but it is important to remember that they are a part of an assembly of businesses that have become extremely skilled at the art of persuasion.

The new food service provider, which is supposed to be chosen at the end of the month, is something that every student who attends Pepperdine should have an opinion on. Even though it is a decision that primarily comes down to higher administration, students can still speak out, just like they have done on the Freedom Wall. People can also voice their opinion through SGA representatives, administrators and clubs on campus. Even if it seems small or ineffectual, every voice matters. 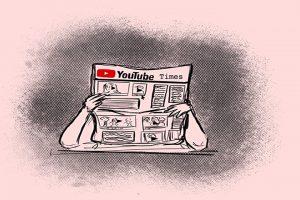 Art by Ally ArmstrongHalf of teenagers now get their news from YouTube, a well-known video-sharing platform, according to Common...
Copyright 2018 Pepperdine Graphic
Back to top