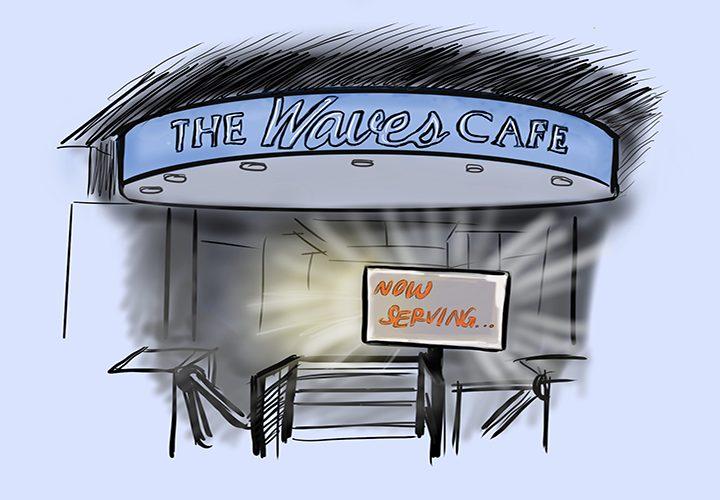 “In the end, what we’re really looking for is a partner whose an industry expert who can come alongside us, who gets Pepperdine,” Vice President and Chief Business Officer Nicolle Taylor said. “We’re asking them to be able to listen to us and to partner with us because these contracts will likely be 10 years long.”

Taylor and her team worked with food consultants to select the three finalists from the seven companies who sent in proposals. Taylor sent out an email Jan. 29 to the Pepp community with a Google Form for those interested to attend the taste testings.

“We got 400 responses from people who wanted to potentially participate in the tasting,” Taylor said. “So it was like, ‘Wow,’ far and above what we possibly could have anticipated, which is really great.”

Taylor said they struggled to make it a fair process with the limited number of people who could attend the tasting. They chose a way to get the most people to participate while the dining services committee would serve as a consistent voice in all three taste testings.

“To get the most people to go to a tasting, we separated the tastings,” Taylor said. “So if you’re chosen as a participant, you won’t go to all three tastings, but you’ll be able to give feedback on one of the vendors.” 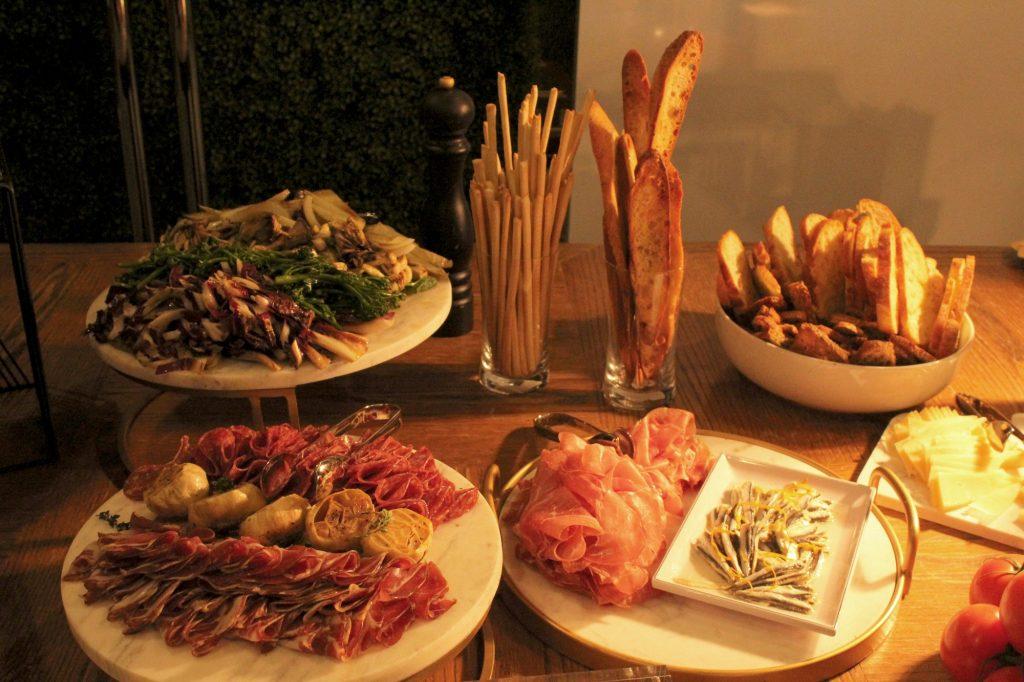 A food station at the Chartwells Taste Testing on Monday presents a tantalizing spread to volunteer taste-testers. Chartwells is one of three dining services currently being considered by Pepperdine Dining Services to take over food production after the current contract with Sodexo ends this year. Photo by Allison Lee

Taylor said they formed a committee with representatives from different backgrounds who can speak to the finance, technology or design aspects of choosing a vendor. Additionally, they let the candidates decide how they wanted to approach their taste testing.

Participants were asked to fill out a sheet after the taste test and will also have access to a link on their website for further comments if needed.

Sophomore Daniel Lopez was one of the few students who attended the Chartwells taste testing Monday afternoon.

“I had the power of representing the students,” Lopez said. “Especially being here today, seeing so many faculty and staff here, it makes me feel like maybe the decision isn’t in our hands, but at the end of the day, it’s a privilege that you have.”

Lopez participated in the Teaching Kitchen, where a head chef taught a group how to make a grain bowl with hummus, quinoa, baby kale, sweet potatoes and avocado.

“I’ve never had that kind of experience,” Lopez said. “I think not only the being-able-to-eat aspect of it, but the learning aspect of what it means to adjust your diet according to what you want and what you do is really cool.” 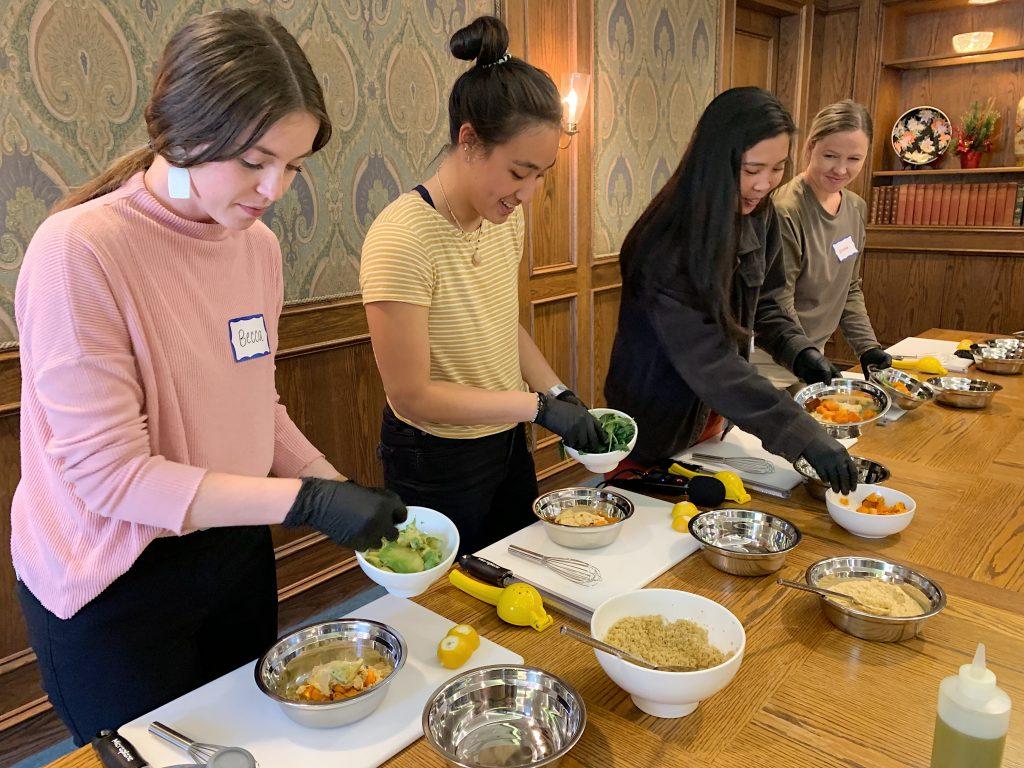 Attendees make grain bowls at the Chartwells taste test with ingredients and instruction provided by the Tasting Kitchen. Photo by Sean Armstrong

Admissions counselor and events coordinator Becca Blair said she could not wrap her head around how the Teaching Kitchen would be of no cost to members of the Pepp community. She also tried the variety of food Chartwells prepared at their stations.

After the finalists’ presentations, a winner will be chosen and asked to do a community-wide food tasting for all to participate.

“I think that the committee and everyone who I talked to who’s been involved in this discussion really understands that food service is a part of how we build this community,” Taylor said. “And it’s not just about putting some food on a plate, you know — it’s about connecting people.”

Taylor said they are hoping to make a selection in February and finish contract negotiations with that vendor to begin the transition period in April. The contract would be effective starting Aug. 1.