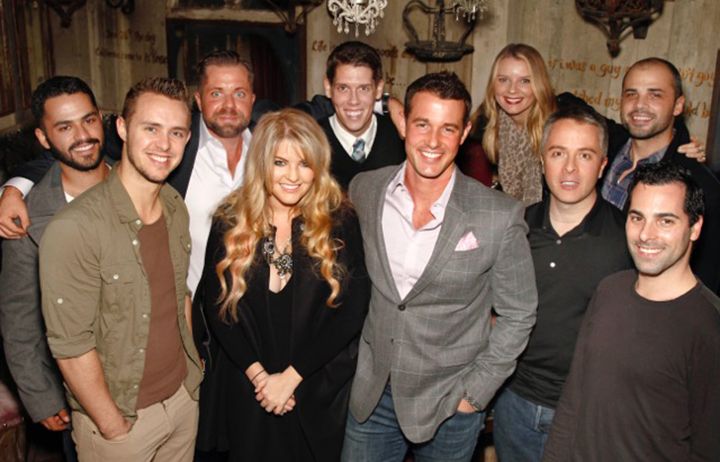 Graziadio Reaching OUT, the George L. Graziadio School of Business and Management LGBT networking and professional developement student group, will be hosting “GRO Your Network” at the Malibu Roadhouse on Jan. 30 at 7:30 p.m. This will mark GRO’s second official event since its recognition.

GSBM recognized GRO at the end of October 2014. It is the second formally recognized LGBT student organization at Peppperdine University. The LGBT Legal Society at the School of Law was the first LGBT student group to be recognized at the university.

“Our core mission is to create a networking community for MBA students to focus in on the importance of inclusion, diversity and social responsibility,” co-founder Patrick Allen said. He said that the social aspects of diversity and inclusion in the workplace are the major focus and educating students on these.

At Friday’s event, president and CEO of OmniForce and its subsidiaries Brian Pendleton will speak about the importance of authenticity in business leadership and operating an inclusive and diverse business, Heidi Jaeger will be speaking about the Frank James ‘Buddy’ Vinci and George B. Ellsworth Scholarship and Matt Zaslow from The Trevor Project, the leading organization working to prevent LGBT teen suicide, will talk about the work that Trevor Project does, how to get involved and the importance of corporate social responsibility.

“GRO Your Network” will be co-hosted along with the LGBT Legal Society.

The LGBT Legal Society was used as a framework in the recognition process, according to Interim Dean and Associate Professor of Economics David Smith.

He explained that for a club to receive recognition at GSBM it must demonstrate that they have a mission with specific objectives and plans for leadership development and continuity. Because the academic programs at GSBM only run one or two years, a new student group won’t be approved unless it shows that it can survive past the charter leadership and members, Smith said.

“We’re looking for programs that will be helpful to the students that are engaged in it based on their specific interest, and it may be related to professional development or networking or other ways that they can achieve their goals as students at the Graziadio school,” Smith said.

Following its approval, the club entered a 12-month probationary period to ensure the club has leadership and membership has continuity, according to Smith.

GRO “had a clear mission and purpose and it was related to helping students that we engaged in the program achieve their professional goals,” Smith said.

“Their focus is on professional development, networking and the appreciation of diversity and the importance of diversity in the workplace. We felt those elements were aligned with the Graziadio schools’ goal to help students be successful.”

The name, Graziadio Reaching OUT, stemmed from a national organization called Reaching OUT MBA, which holds an annual conference for LGBT MBA candidates according to Hundley. He explained that the top 20 business schools all send representatives to the conference where MBA candidates are able to network with one another and potential employers who are looking to diversify their work places.

“The conference preferences registration though a student club and so when I realized that there was no LGBT student club at Graziadio … I was like … I’m going to form a club,” Hundley said.

Hundley explained that when he initially submitted the application for the club’s recognition in August 2014 it was denied, which he said was difficult for him to accept. There had also been one other denial a few years prior, according to Allen.

“I just kept at it. i just kept trying to talk to more people in the administration, trying to connect with other LGBT at Graziadio. That’s how Patrick and I finally connected,” Hundley said.

Hundley told the conference organizers about his failed attempt to get a student club recognized and they informed him that other Graziadio students had registered for the conference, which was held in San Francisco.

Hundley and Allen joined together in their endeavor to receive recognition for GRO after meeting at the conference.

Hundley said this was valuable for the effort because Allen understood the more nuanced parts of the recognition process. Being denied recognition might not fall solely on the fact that they were LGBT but also on the size of their group, which as Smith explained, is a factor in the decision process for all clubs seeking recognition.

Allen, who is also president of Graziadio’s Challenge 4 Charity and Net Impact clubs, already understood the application process more thoroughly because of his other leadership positions.

Hundley and Allen spoke with Provost Rick Marrs before reapplying, which Hundley says was valuable for the dialogue that it provided between them. They were able to explain to Marrs that the club would not be identity but career and networking focused, and Marrs was able to communicate the balance that was being sought between the mission and supporting their organization, according to Hundley.

“We wanted to keep the LGBT aspect but we focused it a lot more on the business school and connecting with ROMBA … and opening it up to students as another additional network that they could have as MBA student,” Allen said.

They met with Marrs and others administrators who helped them to rework elements of their mission. Marrs confirmed that he met with Hundley and Allen but did not comment on the nature of the meeting.

After Allen and Hundley met with Marrs they spoke with the assistant dean and met with Executive Director, Full-time Programs Diane Singel. They then revised the mission and goals and submitted their application. After submitting their application, they met with Malibu Graduates Business Society, the student government for GSBM. They received a unanimous vote for recognition on Oct. 31.

Allen and Hundley said they plan to organize and co-sponsor events with C4C and Net Impact, as well as more events with the LGBT Legal Society.

On Jan. 10, GRO and the LGBT Legal Society hosted a mixer. This marked their first official event. The mixer was hosted by Pepperdine alumni and Real Housewives of Beverly Hills cast mates Pandora Vanderpump Sabo (Seaver ’08) and her husband Jason Sabo (Seaver ’08 and Graziadio ’12) at PUMP in West Hollywood, the “sexy garden restaurant” owned by Vanderpump’s parents.

“GRO Your Network” is for Peppedine graduate and professional students but is not closed to others.

The event is open to “anyone who wants to connect and network with the LGBT Pepperdine community and our allies in an environment that affirms their gender identity or sexual orientation,” Hundeley wrote. He also wrote that all Seaver students interested in learning more about the Vinci-Ellsworth scholarship are welcome.

For more information contact Allen, Hundley or president of the LGBT Legal Society David Moreshead. More information will also be available through the GRO Facebook page. 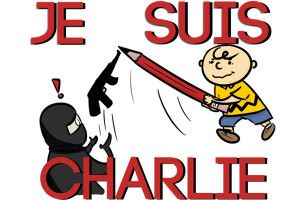 Art by Sacha Irick The phrase “Je suis Charlie,” meaning “I am Charlie,” has gone viral around the world since...
Copyright 2013 Jupiter Premium Magazine Theme
Back to top