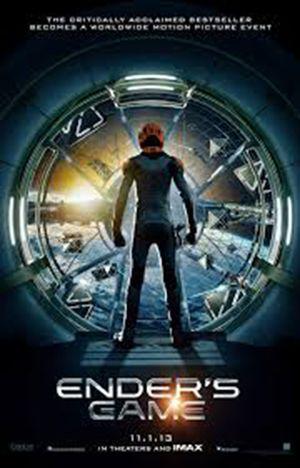 This weekend saw the cinematic realization of the classic science-fiction novel “Ender’s Game.” Originally published in 1985, this franchise has had 28 years to rack up a large and loyal fanbase. As with any novel-turned-film, there will always be those fans foaming at the mouth for the release of the film and fans who scoff at the idea, preferring to reread the novel for the umpteenth time. This back and forth was the least of this film’s worries.

In reaction to author Orson Scott Card’s personal homophobic beliefs, members of the lesban, gay, bisexual and transgender community have called for a boycott of the film. Geeks Out, a group whose mission is to create a more inclusive and safe environment in geekdom for LGBT fans, has created the webpage skipendersgame.com and called for the boycott of this film — they do not want money to go toward homophobia.

“Ender’s Game” still opened at No. 1 in the box office with $27 million. In spite of this, on purely financial terms, many may rejoice in knowing that none of that money is actually going to Card’s pocket. Any money he stood to gain from this film has been spent thanks to a decade-long contract negotiation. But there is more to it than who is or is not gaining money. Though Card did not get anything directly from the film, a resurgence in popularity for his novel will eventually equate to some money on his end. Even more troubling, what does this say about the companies that helped produce and distribute the film and the fact that they have no problem conducting business with a known homophobe?

One of these companies, Lionsgate, did not stand idly by but rather engaged in different forms of damage control, one of which was a LGBT benefit premiere of the film. Lionsgate also made a statement showing their support for the LGBT community in the films they represent (i.e. “The Perks of Being a Wallflower”) to in-house support (their employee benefits policy recognizes same-sex unions). Many will continue to argue that this is simply Lionsgate’s attempt to not lose money. It is still an astonishing sense of the age in which we live. A few years ago, production companies would have never bent over backwards in order to appease the LGBT community. Only recently has this community gained enough real traction and real support in ways that can financially compromise companies.

“Ender’s Game” is a wonderfully told story about the need to accept others and a call to stop needless violence. Ironically, Card wrote a novel that would call for the acceptance of the other (LGBT community) instead of condemning them.

It is possible to enjoy a piece of media all while still remaining critical and vigilant of who is creating it. Naturally someone who loves “Ender’s Game” is not necessarily a homophobe, and someone who boycotted the film may not be the best ally either. It all depends on the take-away. Do you relate more to Orson Scott Card’s intense bigotry? Or do you promote Ender’s message of acceptance?