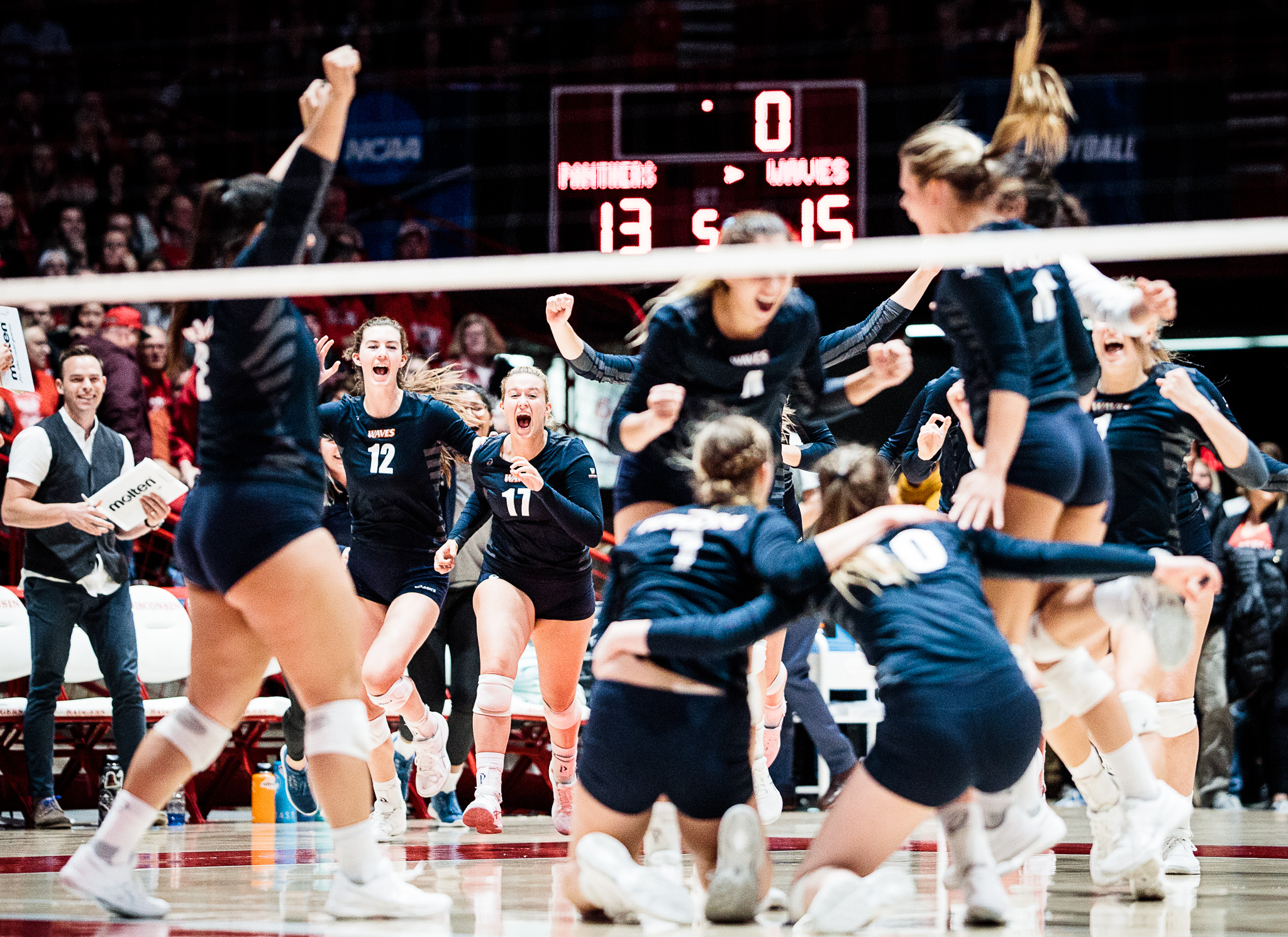 Hannah Frohling made a major impact for Pepperdine women’s volleyball for the first two years of her collegiate career. However, she did not see the Waves qualify for the postseason, have a winning road record or even have a winning conference record in either of those two years.

In 2018, Frohling and the team accomplished all three, taking second place in the West Coast Conference (WCC) en route to the program’s first NCAA Tournament appearance since 2012.

“We control the ball really well and our chemistry is really good,” Frohling, a junior outside hitter, said. “Everyone is on the same page, and I think that’s been something that’s been missing in the past.”

The Waves won their final four conference games despite three being relocated away from Firestone Fieldhouse due to the Woolsey Fire. The team then traveled to Madison, Wisconsin, where they defeated Northern Iowa before falling to No. 6 Wisconsin in the second round of the NCAA Tournament.

Wong’s team finished with a 10-8 record away from Firestone, including 6-3 against WCC opponents, to complement a sparkling 12-1 record at home. This completed a jump from seventh place in the conference in 2017 to second in 2018.

“Everyone is buying into the culture we’re trying to create,” junior outside hitter Jaiden Farr said.

Farr’s roommate, Frohling, is one of the Waves’ captains and leaders of this culture. Frohling has played in 92 matches in three years and started 80 of those matches, leading Pepperdine in service aces in 2018 and amassing over 1000 kills thus far in her career.

“I thought, when I came here, that I would get lucky if I was getting to play by my junior year,” Frohling said. “Getting to actually have an impact [as a freshman] was huge for me, and I think it’s paying off a lot now too.”

Frohling was the only Wave in 2018 to be named to both the All-WCC First Team and the All-WCC Academic Team.

“[Frohling] is constantly trying to find ways to get better in school, on the volleyball court, as a person, in her faith, everything,” said Blossom Sato, Pepperdine’s senior setter who was also recognized on the 2018 All-WCC First Team.

Frohling, an avid Taylor Swift fan from suburban Oklahoma, is described by her roommate as “very very introverted.”

“[Frohling is] very determined and very goal-oriented,” Farr said. “She knows she wants to be a physical therapist and will do whatever it takes to get to that.”

Frohling agrees and admits that balancing her sports medicine major with volleyball is “really hard.”

“I don’t have time to do things that aren’t 100 percent necessary,” Frohling said.

Although Frohling has not entirely ruled out the option of playing volleyball professionally overseas, she intends to attend graduate school for physical therapy.

Ultimately, Frohling’s new leadership role as a captain helped her teammates to deal with an injury to the team’s other starting outside hitter, senior Nikki Lyons.

She credits her teammates for the team’s rise.

“[Sophomore transfer] Shannon [Scully] has really stepped up and taken on that other outside hitter role,” Frohling said.

Scully, Wylie, Ahrens and Frohling will all return in 2019 to help the Waves aim for a return to the NCAA Tournament.