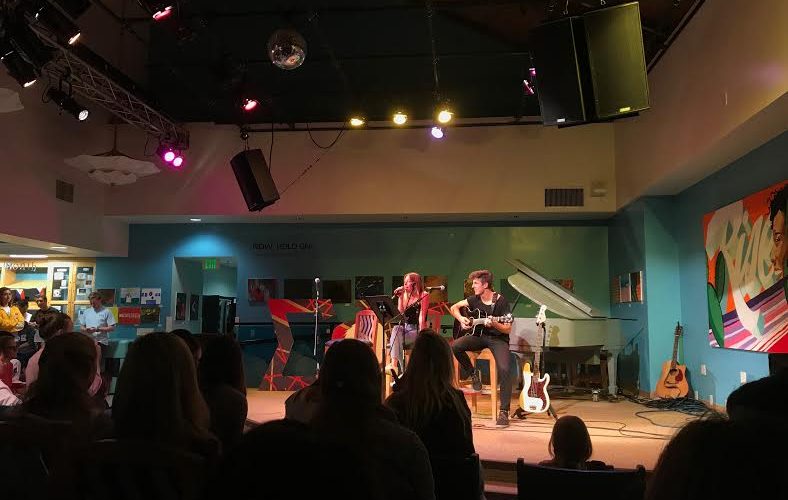 In a time of tragedy, students come together through music.

Students filled the Sandbar at 7 p.m. on Thursday in support of Sigma Phi Epsilon’s coffeehouse, which consisted of student performances and a live auction. Instead of donating the proceeds from the auction to Big Brothers Big Sisters, Sigma Phi Epsilon made a last minute decision to donate the money to the Borderline Victims, in wake of the mass shooting that occurred at Borderline Bar & Grill in Thousand Oaks. The fraternity was able to raise $7,150, according to Ben Harmon, Sigma Phi Epsilon president.

“We just thought it would be best to redirect our philanthropy toward something more immediate,” Harmon said. “We’re still donating all the money from Friday night’s event to Big Brothers Big Sisters of America, but we wanted to address the huge tragedy that happened in our community today with the proceeds from the auction.”

The night opened with a prayer by Troy Kramer, Sigma Phi Epsilon’s vice president, followed by a worship song.

“When I found out I was going to M.C. and give a prayer before, I wanted to start it off on a tone that is in memory of Alaina [Housely] and fostering that community and building that to grow on each other. I didn’t want an inappropriate tone to come right after.”

Kramer said he came up with the idea to start night with prayer and worship.

“I think in this Christian community where we all pray and worship together, we should do that,” Kramer said.

The night’s sisters performed popular songs, including “Shallow” from A Star is Born, “Riptide” by Vance Joy, “Count on Me” by Bruno Mars, “Hallelujah” by Jeff Buckley and “Valerie” by Amy Winehouse.

One of the performers, Junior Bella Szarzynski said she wanted to represent Alaina and dedicated her performance to her, since she read that her passion was singing.

“If her passion was singing, I really wanted to do everything I could to carry out her legacy tonight,” Szarzynski said. “Music is one thing that everyone has in common. Coming together when we’re all in pain to join in literal harmony is the best thing you can do in the time of tragedy.”

Harmon said he wanted to create a sense of community for students to come together around music and raise money for a good cause.

“We really wanted to create tonight as a space to really bring people together and really bring the community together so that we can just pray and reflect on everything that’s happened,” Harmon said. “It’s something that you never expect to happen, but when it does hit close to home, it’s especially hurtful and with everything that’s gone on in our nation this year, but we hope tonight is a time that we can all come together.”

“In some form, the money will bring comfort in this stressful times for the families of those who have been injured,” Kramer said. “For our own sweet Alaina Housely, whose family has to plan her funeral. It’s not even so about the over $7,000 we raised, but that we’re a community and we care about every single person in it.”

For more ways students can help Borderline victims, they can donate to the GoFundMe or donate blood. 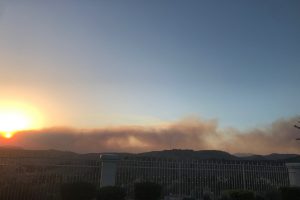