Forget the ‘lesser of two evils’ 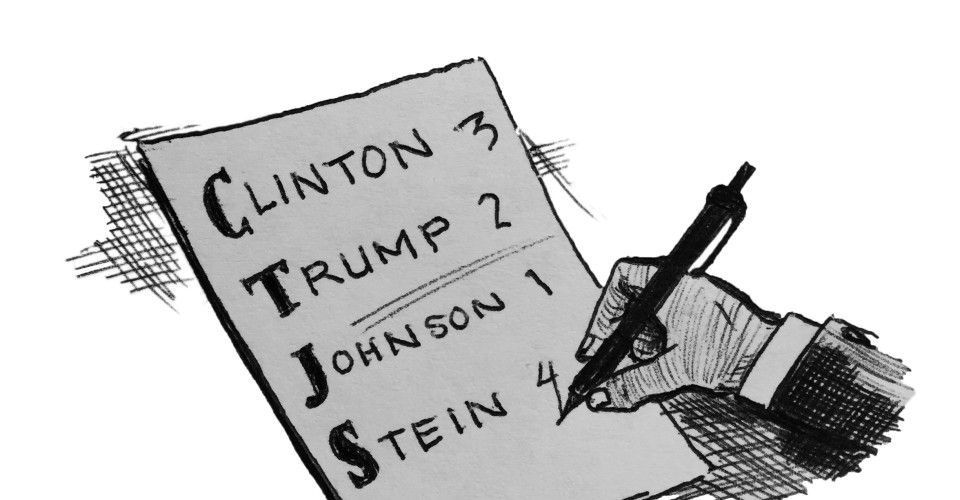 The 45th president of the United States will be either Democratic Party Nominee Hillary Clinton or Republican Party Nominee Donald Trump. Anyone who votes “according to their conscience,” say, for a Green Party or Libertarian candidate, is wasting their vote. More than that, they’re contributing to the success of the mainstream candidate they like the least. The sensible thing to do is to vote for the lesser of the twin evils of the mainstream nominees. After all, an American’s vote doesn’t just count for their preferred candidate; it counts against the more destructive one.

This line of argument isn’t new. So-called “third-parties” have struggled to gain traction in the US and, as Leonard Reed of the Foundation for Economic Education writes, the “two evils” scare tactic has often pulled hesitant voters toward mainstream candidates. It explains why in some instances people endorse politicians radically at odds with their interests. We see this happening now as a growing number of Republican officials are endorsing the Democratic Party’s nominee: Rep. Richard Hanna announced his support for Clinton in August. These conservatives don’t necessarily want a Democratic presidency, but they want Trump even less. Some supporters of Bernie Sanders, the Democratic Party candidate for president, who avidly opposed Clinton in the primaries are now begrudgingly reversing their decision.

This is because American voters pledge support to politicians they can imagine succeeding, rather than because they best align with their values. The attitude is somewhat forced by our first-past-the-post system of tallying votes.

Eligible citizens are allowed one vote for a single candidate; if the candidate doesn’t obtain a majority, the vote is essentially lost. Therefore, a vote for a third-party candidate is much riskier, even if it best represents that person’s wish. There has always been a minority of people who maintain that a vote for an obscure candidate still matters but the fact remains that their votes, under our present system, are negligible.

The only real way to change this two-candidate monopoly on American elections is to change our system of tallying votes. This change is neither radical nor impossible. In many local and foreign elections, it is already in place: it’s called the “Instant Runoff Vote” (IRV).

In an IRV system, voters are allowed to rank any number of candidates on a ballot in their order of preference. The votes are tallied nationwide, and the candidate in last place after this count is eliminated from the election. Voters who chose this losing candidate as their first choice now have their vote “transferred” to their second-choice candidate, and the votes are tallied again. This continues until a candidate finally receives a majority of votes.

This is not a radical change to our system, but it could have a tremendous impact on the ordinary voter. The IRV system entirely removes what is called the “spoiler effect.” Our upcoming election provides an example of this. Someone may dislike both major candidates and be ideologically closer to the Libertarian, Green or Peace and Freedom Party, but still vote for Clinton or Trump to prevent the “worse” candidate from assuming office.

A centrist-liberal voter in a 2016 IRV election could prioritize Libertarian nominee Gary Johnson or Green Party nominee Jill Stein and choose Clinton as a “backup” if they wish; a moderate-leaning conservative could pick Republican candidates John Kasich or Marco Rubio and have Trump as a very last choice. The very fact of the backup option removes fears of a throwaway vote and makes voters’ real interests a priority.

A runoff system also introduces nuance into elections. Theoretically, two candidates from the same party could run independently without jeopardizing their mutual cause. Specific and subtle differences in policy would become much more important in elections. This is especially important for the Millennial generation, which doesn’t broadly identify with partisan politics.

A Pew Research poll conducted in 2012 confirmed that at least 50 percent of 18 to 33-year-olds don’t identify themselves as either Republican or Democrat, but see themselves on a “spectrum.” Our present system, by its nature, discourages this variety of choice.

The IRV would not automatically favor non-mainstream candidates. Party support is still entrenched in American life. But it would open up space in the future where alternative candidates are not dismissed out of hand. It’s happened before: in one major instance an Independent candidate, Mary Robinson, won the 1990 presidential election in Ireland under an IRV system.

This change of direction would not break every barrier to true democracy in our electoral system, but it would undoubtedly allow people to use their votes in a more significant and representative way. 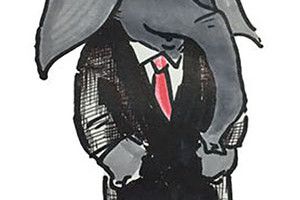 Art by Peau PorotesanoI should be a Republican. I'm fairly politically moderate, but my whole family is die-hard Republican....
Copyright 2013 Jupiter Premium Magazine Theme
Back to top