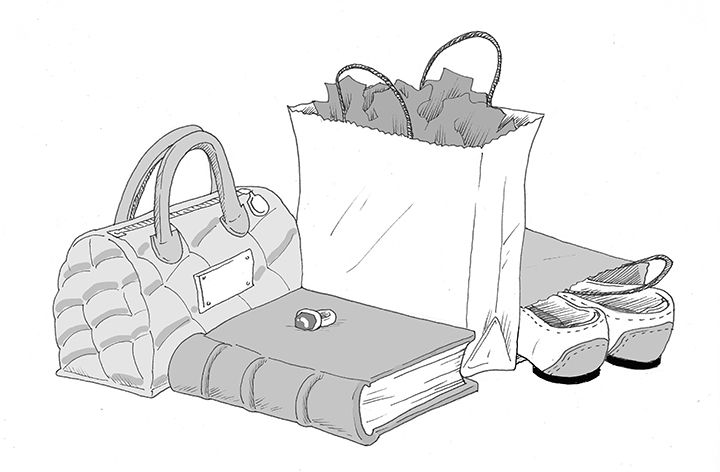 Materialism has been defined by Merriam-Webster as a way of thinking that gives too much importance to material possessions rather than intellectual or spiritual things.

Think of the show “Gossip Girl” for example. You don’t need to watch more than one episode to note that brands matter and what you wear defines your status among those around you. Their outfits are not tied to sentiment. They are purely for show. Lori Bindig, author of “Gossip Girl: A Critical Understanding,” writes, “…the inability to participate in consumer culture results in exclusion while the capacity to consume luxury goods not only allows one to join the group, but can actually place that person at the center of it.” Most would say the characters in that show are materialists, concentrated more on how much an item costs than its value in any other way.

While that may be one definition, I’d like to challenge the notion that focusing on material objects is so wrong. I understand that if an item is bought simply for its logo and haughty status, there may not be much more to it. Yet there is also this idea of an item holding much more value than its price tag could ever convey. Sara Ahmed, who wrote “The Promise of Happiness,” claims, “It is not that good things cause pleasure, but that the experience of pleasure is how some things become good for us over time.”

The new print I have hanging in my room will always be the gift that reminds me of the hours spent wandering the LA Art and Book Fair at MOCA — and also the day I ate a bowl of ramen bigger than my face.

The Marc Jacobs purse with which my mother surprised me has nothing to do with brand names and everything to do with the fact that my favorite purse had just been lost in a bar. This forced me to cancel debit cards and pick up a new ID, not to mention a failed attempt to break into my own apartment and an anxious and expensive call to a 24-hour locksmith.

The keychains I bought abroad are some of the only things I have to remind myself that I really was traveling the world just two years ago.

So call me a materialist, but it is in the objects I have that I derive intellectual or spiritual meaning and more. All of the shoes, books and jewelry that fill my room are ones that were bestowed upon me out of love — and yes, you can bestow something upon yourself out of love.

A blue and black swirled stone ring that Grammy passed down to me is my absolute favorite ring. Not for the looks but for the sentiment. The thick book with the red cover sitting on my kitchen table is the one my dad bought me as we traveled to Colorado so I wouldn’t be bored. The muddied hiking boots are a token from a day spent adventuring in Ventura, meeting new friends, going to the “REI garage sale” for the first time and eating at an all-vegan restaurant only to discover that “chycken” is actually delicious.

From an outsider’s perspective, it might just seem like I’m a shopaholic or spoiled or both. And many others out there might seem to have too much affection for material things. Perhaps, though, they have the sentiments I do. Perhaps there is so much more to see in the things we buy than the way they look. Perhaps we are too often misidentifying sentimentalism for materialism.

Objects can be souvenirs of a time, a place or a moment to be captured. Look around at what fills your closet and maybe forgive yourself for that one time you spent three times more than you said you would. Perhaps objects hold much more value than what was spent on them. So call me a materialist, but to me, objects contain more value and worth than realized.